Cemetery Sunday in Dalgan is a very important day in the Columban calendar. It is celebrated on the first Sunday or second Sunday of June depending on when the Bank holiday falls.

On Cemetery Sunday, we not only remember Columban priests, sisters and lay missionaries who have died but we in Dalgan and in the Region of Ireland see it as a hugely symbolic day to meet up with the relatives and friends of deceased Columbans. It is the day when the bonds of friendship are renewed. 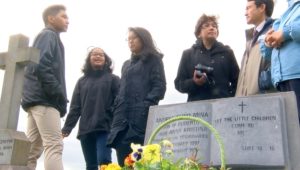 People keep coming back each year for Cemetery Sunday, travelling from all parts of Ireland. This year around 700 attended. Many say they are very proud of the contribution to mission by their deceased Columbans, often in very difficult circumstances. 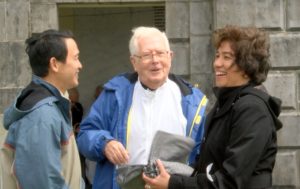 Columbans journeyed with the people
The Columbans remembered on Cemetery Sunday generously answered God’s call to preach the good news of Jesus in many different cultures.

Some of the Columbans we remember on Cemetery Sunday died violent deaths. They journeyed with the people of these cultures, sometimes in very difficult conditions.

The people journeyed with the Columbans
On Cemetery Sunday, reflecting back on the lives of deceased Columbans, it struck me that we owe a huge debt of gratitude to the people from the various countries where they served.

In their missionary journey, every Columban was touched by so many people and by God’s love for them. We owe a huge debt of gratitude to the very ordinary men and women who Columbans were privileged to serve.

It is so very important for us to acknowledge that before we set foot on any place God was there before our arrival. For the most part it was the ordinary people who gave us a deeper sense of God in our lives. 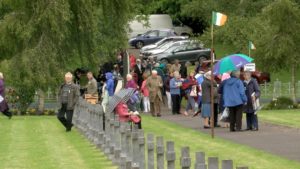 When Columbans came home on vacation it was the families who were there to welcome them and continue to do so today. Very often we forget that families also made huge sacrifices as well as taking a very keen interest in the work of Columbans. This continues today.

Debt of gratitude
Cemetery Sunday is a very good reminder of the debt of gratitude we owe so many people.  St Columban’s, Dalgan Park, built between 1937-1941 was “built for us by the generosity of people who couldn’t afford”. We sincerely thank the families and all our benefactors for their continued support over the years.