Home News I owe my vocation to my uncle, ordained in Shrule in 1931 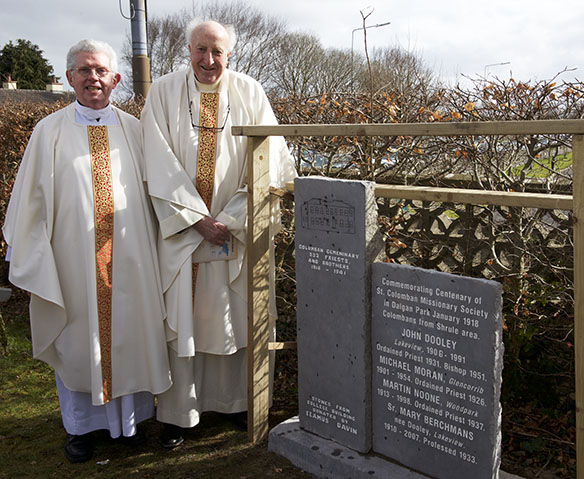 Rev Dr Neil Collins, Columban historian and author of ‘A Mad Thing to Do’ – the new comprehensive history of the Missionary Society of St Columban – gave the homily at the recent centenary celebration in Shrule.

In his homily, Fr Neil explained that he owed his vocation as a Columban to his uncle, Fr James Collins, who was ordained in Shrule in 1931. 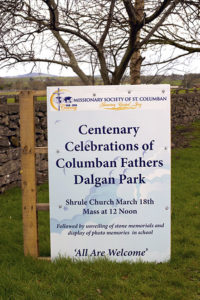 Here is the full text of the homily:

Fifth Sunday of Lent (B)

‘And when I am lifted up from the earth, I shall draw all men (and women) to myself’.

My brothers and sisters, my name is Neil Collins. I’m a Columban. I owe my vocation to an uncle, James Collins, ordained here in 1931. From 1932 to 1948 he was a Columban missionary in China and when I was a child we prayed for him every day. I grew up with a romantic image of him striding through the rice fields in China. When he came home in 1948 he lived up to that image. 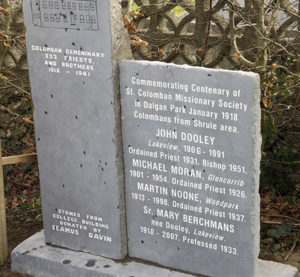 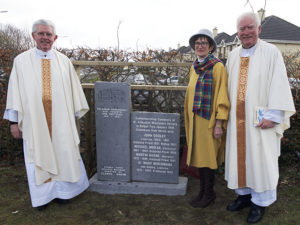 The plaque at the site of the old Dalgan reminds us of 333 priests and brothers who went out from there between 1918 and 1941. We should also remember the Sisters who fed and healed the students, and the many lay staff who worked in the kitchen, house, grounds, and in producing the Far East.

The first Far East was published in January 1918. Some of you will still remember my diry by Pudsy Ryan, with all his wonderful spellings, e.g. ‘Sunday Evening. feeling sik. scule tomorrow agen. mamma always sez pudsy go to scule every day don’t mis a day then you’ll be glad when you grow up. but i don’t want to be glad when i grow up. i want to be glad now.’

Much as I’d like to, we can’t mention everybody. I remember some from this part of the world who inspired, and still inspire, me. 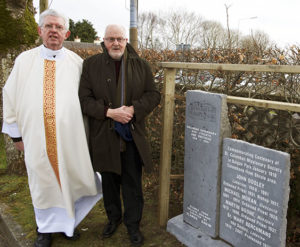 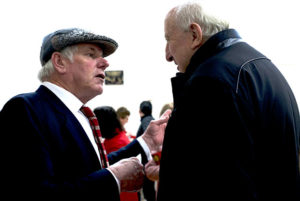 One of my favourites is Sr Michael Mongey. When the Communist Sixth Army captured the town of Sientaochen in 1930, Bishop Galvin, two priests, and five sisters escaped. But they had to sneak through the rice fields, dodging patrols, to reach the river. At one point when they were nearly exhausted Sr Michael reached into her robes and produced a bottle of brandy. The bishop gave them all a dispensation to have a nip, for medicinal purposes. 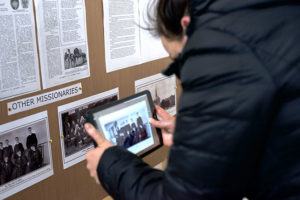 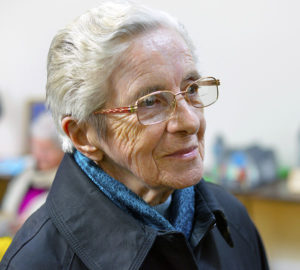 John Henaghan, born in Louisburg, was the first editor of the Far East. In 1931, he went to the Philippines. He and his companions were killed by the Japanese army in Manila. 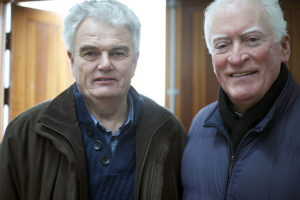 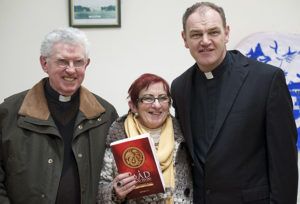 From 1933 Brother Pat Ruane from Claremorris ran an orphanage for boys whose fathers, catechists, had been murdered by Communists. He was in Hanyang all during the wars, the bombing and the starvation which lasted from 1937 to 1945.

Each of these three heard the invitation of Christ in today’s Gospel,

‘If a man (or woman) serves me, he must follow me; wherever I am, my servant will be there too’.

In a little while we will bless a plaque to the memory of three others, from this parish, who heard it. 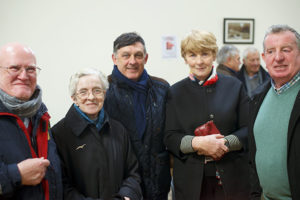 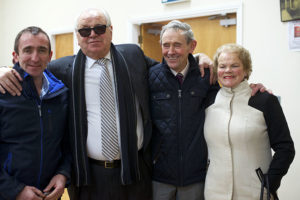 Fr Michael Moran went to China in 1927. In the following year he was one of the Columbans assigned to a new mission in Jiangxi province. On 14th August 1928, Tim Leonard from Limerick and Michael reached their parish of Nanfeng. A year later Communist bandits killed Tim Leonard. Michael was away, attending the ordination of a bishop at the other end of the province. But he returned, and took over the parish. 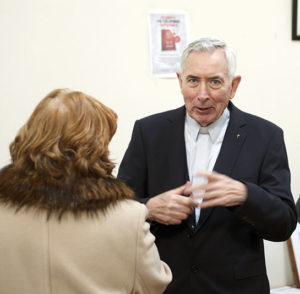 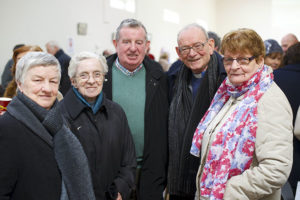 A couple of months later he learned that the Communists were coming again. He wrote, ‘Finally, one evening at sundown, we quietly slipped away to Kienchang. I remained here until September 8 and then left for Nan Feng again…On the 12th I pushed on and reached Nan Feng to find that the Communists had indeed raided the town. 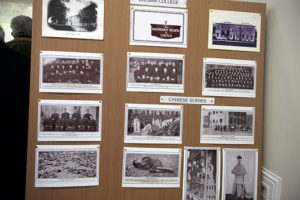 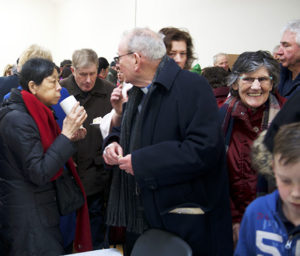 “Oh, Sen Fu,” I was told, “it was well that you left. 1,000 communists came. They did all the damage that you see. And, Sen Fu, these were the very same men who killed Father Leonard.” But the Communists had played all the havoc they could on church and house….

He stayed in China without a break for 24 years until the Communists expelled him in 1951. 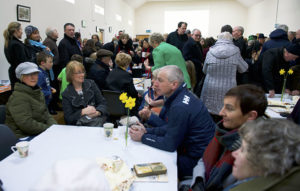 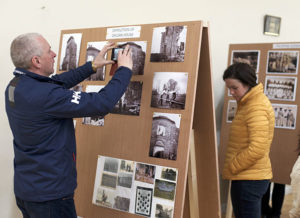 Archbishop John Dooley worked in Rome until the Pope sent him to Indo-China in 1950. He was ordained archbishop in Hanoi on 21 December 1951 as the Apostolic Delegate to Vietnam, Cambodia, Laos and Thailand. He had to meet bishops in all four countries.

Travel was dangerous. War was raging between France and Communist guerrillas. The French were defeated in 1954 and Vietnam was divided North and South. 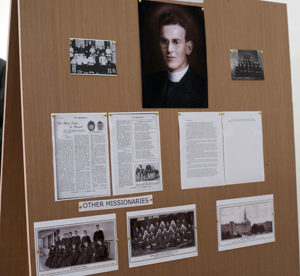 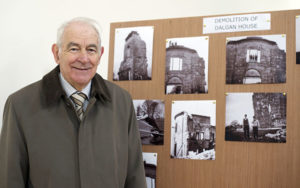 ‘After 1954’, the archbishop remembered, ‘we couldn’t leave the city. We were confined to the city of Hanoi all the time. I was there, at the Delegation, Fr O’Driscoll was there, the Secretary, Fr Bourbuignon, a Belgian was also a Secretary and we were there and confined to the city of Hanoi from October, ’54 until I left in ’59. We couldn’t do very much at that time. We couldn’t travel around. We could write letters alright but we had to be very careful because of the censorship.’ 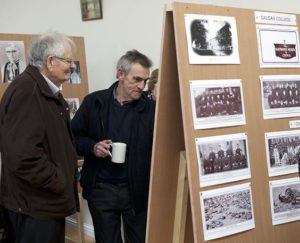 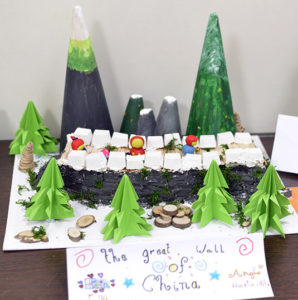 The Communist government took away the travel permit of his neighbour the Bishop of Hanoi and from 1956 to 1976 he couldn’t visit the parishes of his diocese, and other bishops were the same. ‘Yet the people continued to go to Mass all the time. They weren’t forbidden to go to a Church. The Bishop and the priests all told us that there were better Catholics now than there ever were before.’ The tension must have been dreadful and in 1959 the archbishop became so ill that he was carried out on a stretcher and expelled from the country. 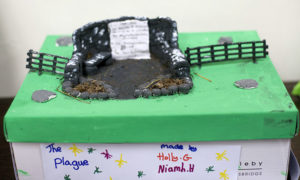 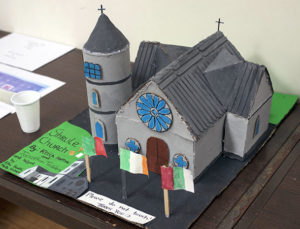 The third Columban from this parish Martin Noone went to Mindanao in the Philippines in 1938. Japanese forces attacked the American fleet in Pearl Harbor on 8 December 1941.

Over the following months they occupied the Philippines reaching Mindanao in May 1942. Most of the people took to the hills and for the next three years the priests lived with them, depending on them for food and shelter and enduring the same dangers. 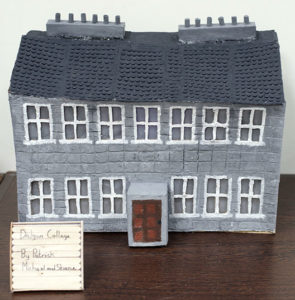 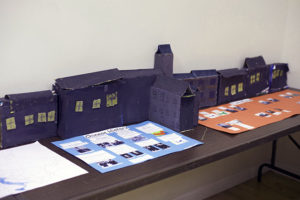 Those years broke down the barriers between foreign priests and the Filipino people. Martin became very interested in the history of the country and wrote three books. One of them, The Islands Saw It, The Discovery and Conquest of the Philippines 1521-1581, is a classic.

We can’t speak of Archbishop Dooley and forget his sister Berchmans. She was one of the first Columban Sisters to go to the US in 1930. Three of them sailed to China in 1935. Sr Berchmans was in Nancheng when the Japanese bombed and captured it in 1942. After the war she returned to the US. She died on 10 June 2007 at the age of 97.

Christ was lifted up, on the Cross, and in the Resurrection, and drew us all to himself. Michael Moran, John Dooley, Martin Noone, and Berchmans Dooley were all lifted up by danger and suffering. They drew many people to Christ.

The church is alive in China, Vietnam, and the Philippines. The Communist government turned Michael Moran’s church in Nanfeng into a kindergarten. Now it is a church again with its own priest. Vietnam has nearly 7,000,000 Catholics in a population of 90,000,000 but the seminaries are full. The Philippines has a population of 92 million and 74,000,000 of those are Catholic.

Now it is our turn to be lifted up. I hope we won’t be bombed or starved. We have other, milder ways to draw people to Christ.

One of my favourite memories of the old priests where I live, in the other Dalgan Park, is of Dermot and Peter. Dermot had been a power in the church but later Alzheimer’s set in. He couldn’t remember the way back to his room. As he left the refectory I saw Peter touch his elbow, turning him in the right direction.

There are many Dermots in our world. Some are old, others only teenagers, others migrants, some even still in the womb.

The attractive image of my uncle drew me to the priesthood. But even before him my parents gave me an image of Christ by the way they lived. I still remember the day my mother was rushed to hospital. It’s a special memory for it was the first time that I realized how much she meant to my father.