The year 2020 was synonymous with Covid-19. The virus was first recognised in Wuhan in China in late 2019. It was highly infectious and spread quickly in China, before moving on to Europe, the United States, Latin America and Africa.

In December 2020 in the US, the richest country in the world, over 16 million people have contracted the disease. Of these almost 300,000 have died mainly due to the incompetence of the Trump administration and other members of the Republican party.

One of the main features of 2020, was that many countries were locked down for long periods of time to prevent the virus from spreading. People were requested to stand two metres apart, wear masks in shops and other public areas. We were ordered not to shake hands and, certainly, not to hug each other.

People who attended meetings in Ireland or abroad did so through skype or zoom. In fact, the basic message was to reduce contacts as much as possible which was difficult for both young people and the elderly. Grandparents were not allowed to see their grandchildren for weeks on end, and residents in nursing homes and hospitals were not allowed to have visitors. Poor people in parts of Asia and Africa suffered horrendously as local famines increased.

So, with all these major cultural changes, it is no wonder that Covid-19 has defined the year 2020. But I would argue that something much more serious than the pandemic became clear during 2020. I am referring to the extraordinary destruction of the environment which has taken place, both globally and in Ireland. 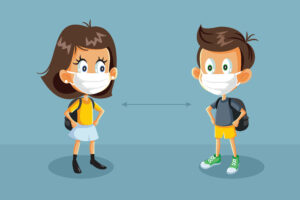 The apocalyptic nature of what is happening was captured in a talk on the state of our planet which the Secretary General of the United Nations, Antonio Guterres, gave at Columbia University, New York on 3rd December 2020.

To put it bluntly, humanity is waging a war on nature without any clear understanding of the consequences of what we are doing, either for humanity, or the planet.

Climate change is increasing, and we are heading for a temperature rise of 3.5 degrees Celsius in this century. According to the 2020 Climate Change Performance (CCPI) index. Ireland is among the worst performers in climate rankings.[1]

Biodiversity, globally is collapsing with one million species facing extinction.  In Australia’s ‘Black Summer’ bushfire, it is estimated that three billion koalas, kangaroos and other animals were killed or displaced. A team of 10 scientists from several Australian universities examined the impact of the fires on mammals, reptiles, birds and frogs.

They estimated that 143 million mammals, 2.46 billion replies, 180 billion birds and 51 million frogs were either killed or displaced. Dr van Eeden, one of the researchers who took part in the study, said that if you think about known mass mortalities of animals, I am not aware of anything that compares to this.[2]

During August 2020, the California Department of Forestry and Fire Protection reported a total of more than 7,000 fires. This is the second largest wildfire season in history. And the damage from the fires was massive.

Many scientists thought that the Arctic fires in the summer of 2019 were a once-off occurrence because computer models did not predict this to happen until 2050. The Arctic fires of 2020 have proved these projections to be wrong. It now appears that, in the future, these fires will start earlier and end later.[3] 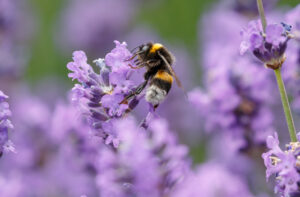 In his Columbia talk, Antonio Gutierrez, drew attention to the fact that ecosystems were disappearing before our eyes; deserts were spreading, wetlands were being lost and that we are losing 10 million hectares of forest each year. Every marine ecosystem is being destroyed by plastic pollution.

Ireland’s Environmental Protection Agency report – An Integrated Assessment 2020, shows a litany of planning enforcement failures in Ireland. Pristine river water quality which stood at 500 rivers in 1980 are now down to 20. Air quality in many urban areas does not meet the standards set by the World Health Organisation.

The last few decades have given us a host of pandemics from Covid-19 to SARS, MERS, Ebola, HIV, Zika and H1N1. Because of the way humans are colonising every ecosystem we can expect more frequent pandemics because degraded ecosystems favour creatures such as bats and rodents which carry these diseases to the human population.

To avoid pandemics in the future we must control the enormous global wildlife trade and protect forests. This would benefit the global economy significantly according to a report by the intergovernmental Science-policy Platform on Biodiversity and Ecosystem Services (IPBES).

It estimates that implementing these policies would cost between $40-58 billion each year.

But the health benefits for humanity will be even more important. If we continue to destroy the planet maybe the next virus that crosses over to infect humans will be as infectious as Covid-19 and more deadly than SARS.