The Columbans are a society of missionaries, including priests and lay people, who minister to people of various cultures as a way of witnessing to the universal love of God.

Our purpose is:
“To proclaim and witness to the Good News in Jesus Christ of the full Christian liberation and reconciliation of all peoples.” (Constitutions 101)

Crossing boundaries of country, language and culture, the Society has as its specific objectives: 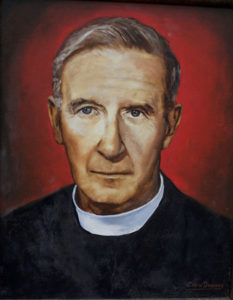 The Society was founded in 1918 by two Irish priests Fr Edward Galvin and Fr John Blowick for missionary work in China.

We have close connections with the Columban Sisters who were founded in 1924. 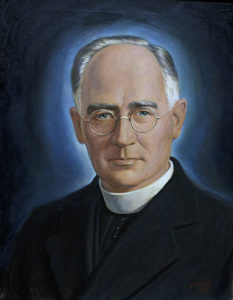 In 1988, the Society established the Columban Lay Mission. At the moment there are 480 priests, from 11 countries, involved in Columban Mission in 16 countries.

The Missionary Society of St Columban takes its name from St Columban, Ireland’s sixth century missionary to Europe. After establishing monasteries in what is now France, Germany and Italy he died in Bobbio, northern Italy, in 615.