Home News A dentist is called to priesthood with the Columbans

Sharing my vocation story stirs up mixed feelings within me. On the one hand I think of a vocation as something personal and sacred, but I remember that such stories shared by priests, the religious, and lay people have helped me throughout my faith journey.

The stories remind me of Catholic saints who have enlivened my faith. St Rose of Lima said, “The gift of grace increases as the suffering increases,” and I have certainly felt God’s grace in the highs and lows of my life.

Growing up in a mixed Methodist and Catholic environment left me bewildered at times. My father was a strong Methodist while my mother was a staunch Catholic, but it was my maternal grandmother who taught me the basic teachings of the Catholic Church.

I was deeply inspired by her devotion to our Blessed Mother Mary and her rosary beads which meant the world to her.

The Columban and Marist missionaries profoundly impacted my life from a young age. The Columban Fathers served at Holy Family Parish in Labasa, Fiji, and guided me through my younger years.

I attended St John’s College in Cawaci and then Marist Brothers High School in Suva. These schools gave me a sense of belonging to a universal Church that builds bridges and channels God’s mercy, love, and compassion to the world.

I studied dentistry and worked as a dentist for six years in the civil service. Afterwards, I was sent to work in Lau for over two years. The call to become a missionary priest had always been at the back of my mind, but I ignored and suppressed it.

My affiliation with alcohol had also affected my work but I joined the Pioneer Association (Catholic abstinence from alcohol) which helped me renew and enliven my faith, as well as gain control of my life again.

This desire to be a missionary priest became stronger once I began my accompaniment program. There were mixed feelings of anxiety and immense joy! I thought of having to leave my parents, siblings, and workmates, as well as the thought of giving up a regular income.

On the day I told my parents about wanting to become a priest, my father asked, “Do priests get paid?” I was taken aback by the question and explained to him the life of a priest. My mother on the other hand was more accepting of the news and this soothed me. Serving the parish in Lakeba helped confirm that my decision to become a missionary priest was the right one for me.

In February 2017, I resigned from the civil service and joined the Columban formation programme in Fiji before I was sent to study at Loyola School of Theology in the Philippines.

Every person in my life has inspired and ignited the fire within me to answer God’s call to become a Columban missionary priest by saying, “Here I am Lord, use me.” 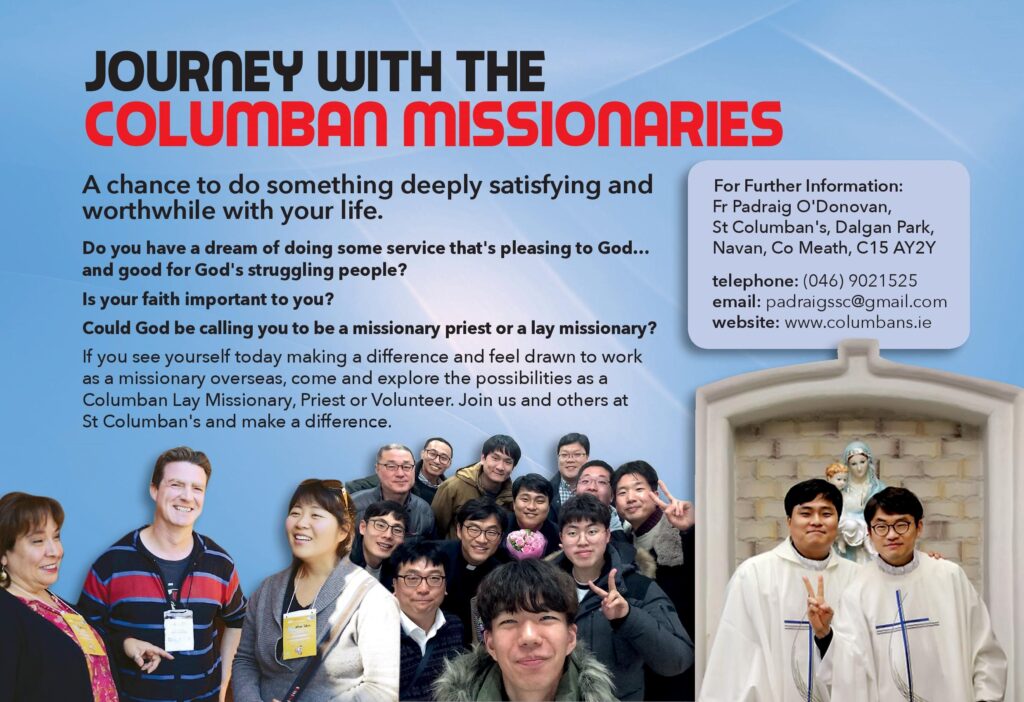