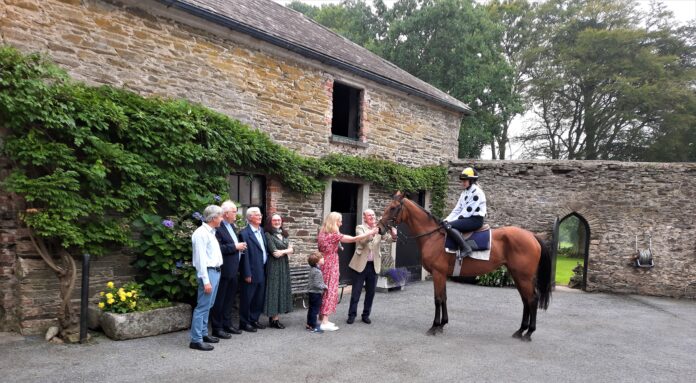 Mass was celebrated on Sunday 5th September 2021 in Butlerstown parish, Co Waterford to mark the 20th anniversary of the killing of former parishioner, Fr Rufus Halley. Due to Covid restrictions, the number permitted to attend was restricted. Fr Donie Hogan, a classmate of Fr Rufus’, reports on the day.

The liturgy was enhanced by music and singing led by a friend of Rufus, Jay Shanahan from Butlersown. Liam’s homily was powerful, contrasting Rufus’s 20 years working for peace and harmony between Christians and Muslims with the past 20 years of war in Afghanistan.

He brought it all back home to the community and family from whom Rufus got the values he lived by and indeed who formed him into the person he had become.

He said we should not put Rufus up on a pedestal adding that each of us in our own place, by showing the same acceptance of others and compassion that Rufus had, will make a difference in people’s lives through the ripple effect of this goodness.

At the end of Mass, I thanked the people for all the support they had given to Columbans down through the years and in particular for continuing their support for Rufus’s parish of Malabang in the years after his death. 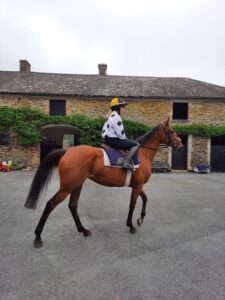 I mentioned how the late Billy Walsh, one of the parish leaders, who in his 80s organised Fun Runs for Malabang, used always say, “We must keep Rufus’s memory alive.”

I ended by saying that the people of Butlerstown have truly done this by turning the old school house, now beautifully refurbished, into the Fr Rufus Halley Centre.

After Mass we adjourned to the centre for a chat over a cup of tea and biscuits.

Then at the Halley family home in Killotteran those who travelled distances as well as close friends were treated to a full dinner.

Finally Popong, the race horse named after Rufus made a grand entrance into the stable yard with a young jockey on board. 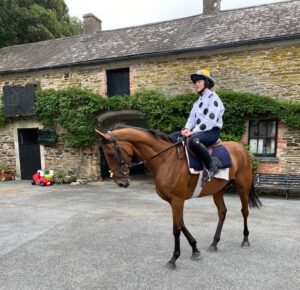 Twenty years ago, in late July 2001, Rufus and I met for couple of hours and walked around Ballyshunnock reservoir, close to my home and about six miles from Butlerstown. I was home from Pakistan on holidays, and as I was trying to get more involved in inter-faith work there, I hoped to pick Rufus’ brains on how to better go about it.

He shared much of his experience over the years; describing it as ‘one step forward and two steps backward’, there was bad historical experiences, suspicion, betrayal, violence etc. which made his work so difficult. What struck me most was his conviction about the need and urgency of this work, despite the obstacles, if there was any hope of peace emerging in Marawi, Mindanao. A few short weeks later he was dead, to the total shock of all of us.

I have attempted to engage in Muslim-Christian dialogue in Pakistan over the past 20 years and I count Rufus as one of the main inspirations for this work. Over recent weeks, in the lead-up to his 20th death anniversary, we have head from some in Marawi who are still inspired by his vision and are continuing that work of dialogue and peace building.

In those same 20 years, we have a clear example of why his vision is so needed in today’s world. A few days after Rufus’ death, a group inspired by a distorted and warped version of Islam, carried out the coordinated 9/11 attacks against U.S. resulting in almost 3,000 deaths. This led to the US invading Afghanistan in October 2001 and toppling the Taliban-ruled Islamic Emirate; however it ended just last week, almost 20 years later and the longest war in US history.

An estimated $2 trillion were spend, over 100,000 thousand killed, the Taliban back in power and a future of fear, poverty and oppression beckons. Absolute madness. Surely, Rufus’ vision offers a better way. When will we ever learn?

As we remember 20 years, I am sure that Rufus would not want to be put up on a pedestal, and would be embarrassed by all the praise that he is receiving. Rather, I think he would be quick to point out that he was shaped by and became what he was by all of you – family, community, the parish of Butlerstown and friends in many places. From you be received the values and vision that he lived out of and was supported by you in friendship throughout his life. 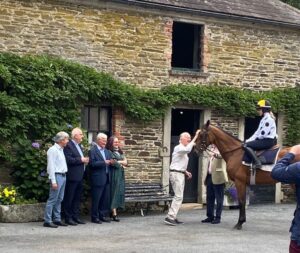 Today is also an opportunity to look at what inspired him, what kept him going and maybe learn how we can be inspired in a similar way. The values and support of those nearest to him; Gospel and Kingdom values – captured in today’s readings, St James tells us in the second reading that we must have a care and concern for the poor always and the Gospel reading shows the humanity of Jesus and his desire to bring about healing.

I think Rufus was driven by those Kingdom values which shows Jesus living out a radical message, not the domesticated and watered-down version of Jesus and his message which we are often presented with.  He challenged the political leaders of his time, condemning the unjust economic and social structures which kept so many in poverty and slavery.

He included, met and ate with those who were considered inferior and not worthy; he called for justice, compassion and peace. His message and way of life was so radical that it got him killed, just as Rufus was 20 year ago.

Even though many Church structures that we have grown up with are collapsing, and indeed many of them need to collapse as they have been unhelpful in helping us follow the path of Jesus, it doesn’t take from the power and centrality of Kingdom values. Values of justice, forgiveness, peace, compassion, inclusion can be a powerful basis for our lives and how we are in the world, as they were for Rufus.

For Rufus, in the particular situation where he found himself, the issue of inter-faith relations was urgent and he attempted to respond out of those values to make a difference.

Today, in our broken and fractured world, there are multiple issues that call for such committed action: disregard for life in all sorts of ways; inequality and poverty; the environmental crisis, where our unsustainable and selfish lifestyle is taking us down a suicidal path of planetary degradation; migration of millions of people forced to flee from violence; discrimination based on race, sexual orientation, gender.

We can’t do everything and sometimes it can feel overwhelming when faced with such problems. But, we can do a lot in our ordinary every-day lives, living out of Kingdom values in our dealings with all we meet and responding together to issues that are not life-giving in the situations we find ourselves in. We may never know how those actions produce results; have a ripple effect beyond anything we can imagine. We care called to make a difference, as Rufus did.

Finally, as we gather to remember Rufus, to give thanks for his life and example; we also pray to be inspired by his vision and the values he lived his life by, so that like him, we may make a difference and in small ways contribute to making the world a better place. As Rufus did. May he rest in peace.