According to Fr Boles, the work is progressing thanks to recent donations received from Columban benefactors, particularly those sent in response to the ‘Andrea Álvarez Appeal’.

Manuel Duato is a school for physically and intellectually challenged children and adolescents in poverty-stricken areas of Peru’s capital, Lima.

The school was set up by the Columbans more than 30 years ago in response to the large numbers of poor Lima families raising children with intellectual disabilities.

Today, the school serves more than 500 children. Many of the students are pre-schoolers, while a large number of the children have hearing impairments that make learning difficult.

Columban Fr Ed O’Connell is President of the Civic Association Fe y Esperanza which oversees the management of the school.

About 30% of the students are Down’s syndrome. Almost 25% are in occupational therapy which gives them a chance to participate in workshops that give them life skills for their adult years. 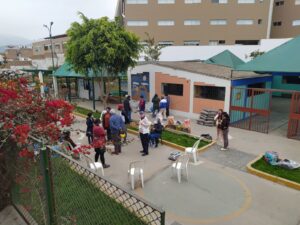 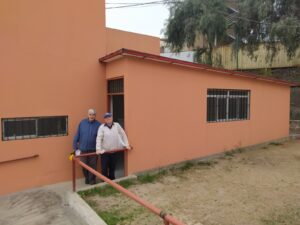 Fr Ed O’Connell and the team at Manuel Duato have put a lot of effort into raising funds to keep this important project going. All costs are funded through the generosity of benefactors.

Please support this project by sending a donation to the Far East Office, Dalgan Park, Navan, Co Meath C15 AY2Y. Alternatively, you can donate online at www.columbans.ie or call 00353 46 909 8275.