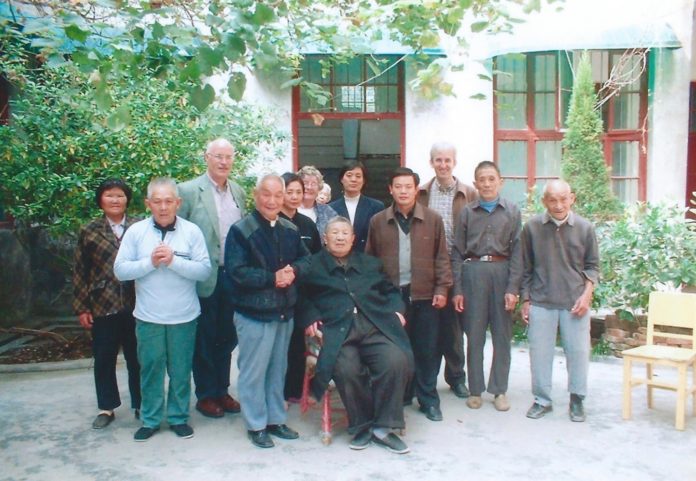 This is the eighth exclusive ICN report from a Catholic – who lives in Wuhan and prefers to remain anonymous – giving a first-hand account of the situation in the city at the centre of the Coronovirus infection.

This morning I spoke on the phone with a Catholic friend who was born in the small village of Zhang Jia Tai. The name of the village indicates that it is the ancestral home of the Zhang family, a common way in which Chinese villages were named. Although the village is in the heart of Hubei province it has completely escaped the ravages of the coronavirus outbreak. Its clean bill of health is due to the fact that it was sealed off from surrounding areas in the early days of the current epidemic. Those who had returned home to celebrate the new year in mid-January have remained in this island of safety ever since. They are free to move around the village but must stay within the boundary that separates them from the nearby villages. The safe zone and the plentiful supply of food have meant that this community is actually gliding through these weeks in a uniquely insulated way.

A few years ago I was invited to go there to celebrate the new year. On a few occasions I have brought people to see the grave of a unique person in the history of the Church in this part of China. Bishop Peter Zhang Boren died in October 2005. At the time of his death he was close to 90 years of age. For the people of this small village, Bishop Peter is held in high esteem, a place in their lives that is richly deserved, a shepherd who was close to his flock through many years of turbulent history, a person of faith who was well educated and yet chose to live in the simplest of places among his own people.

My first time to meet Bishop Peter was in November 2001. At that time he lived in Lu Lin Hu, a village 100 km west of Wuhan. His journey from Zhang Jia Tai, his place of birth, to Lu Lin Hu, his final home, was along a road that crossed two other continents, a journey that shaped his understanding of the Universal Church and the ways of the world. In 1937 he and a classmate were sent to Rome as seminarians by Columban Bishop Edward Galvin. In Rome they studied theology and following ordination in Rome Fr Peter did further studies. When World War II concluded he went to the US to work in a Boston parish for two years. From there he returned to China, a country that was now undergoing huge political change.

Over the next few years he witnessed the departure of missionaries, friends since his childhood, the last of them departing in 1953. As a young priest he now saw so much that had been familiar to him in the Church melting before his eyes. Within a few years the institutional Church could no longer function in China. For the next quarter of a century he made the difficult adjustment to a life that was far removed from his experiences in Rome and Boston, working on the land with others, a life without physical comforts, a setting where there was ongoing supervision, a place where contact with the outside world was suspended.

Eventually, after many years, a softening of approach emerged. The year was 1978. China was opening up to the outside world. Within his locality people in positions of influence knew that he had a mastery of the English language. He was ideally placed to be a teacher for their children, a younger generation who would benefit from China’s opening up to the wider world so long as they could acquire the necessary language skills.

One can imagine the surprise in 1979 when in the distant lands of the US a letter from Fr Peter arrived to the seminary of the Missionary Society of St Columban, a letter from China sent off into the deep unknown with a partial address in the hope of finding its way to a friend who might still be there after thirty years. The letter gave an account of his current situation and enquired about people he knew – I’m 65 years old now and make my living by teaching English in a middle school. I need some books on grammar and a middle-size Webster dictionary. I’m sure you will be kind enough to send them to me. I left some money in St Columban’s Nebraska. If my old teacher Richard J Cushing is still alive, please give him my best regards.

Cardinal Cushing had actually died nine years earlier. Fr Peter did receive a response to his letter and a line of communication with the outside world was established, one that ensured additional resources such as a shortwave radio and English books would gradually find their way to him in central China. By the late 1980s he was able to leave the school to serve the needs of a re-emerging Catholic community. Later he became bishop of Hanyang diocese.

At the time of our first meeting in 2001 he struck me as a physically strong and calm person, a man of great faith, one who had endured so much and could trust in God’s ways above all else. On a few occasions when I was visiting him at Lu Lin Hu, Catholics from various parts of the diocese were also there to see him, some of them bringing sick relatives to be prayed over.

Occasionally when we had finished eating lunch he had reason to get out pen and paper to write a letter to someone, requesting me to bring it to that person. His command of the English language could be seen as his beautiful flowing script brought letters to life on the simple table. In one letter he referred to a clash of opinion with local officials, the result being a situation where “claps of thunder could be heard above my head”. Another letter expressed his views about a person in the area whose motives were seen at minimum to be questionable, the well-crafted description of the person being that “he is a half-open double-dealer”.

Showing how much he valued education for the younger generation of Church leaders in the diocese, he eventually sent three seminarians and two sisters to Rome for studies. In many ways he was showing his own hopes for the future by providing them with the same opportunity that he had received so many years earlier.

With the onward movement of years, a turning point eventually arrived with the onset of declining health. In the summer of 2005 he needed to be brought to hospital. By the end of September the doctors in the local hospital could see that he was nearing the end of his life. In early October he was brought home to his own humble residence in Lu Lin Hu. As was likely to happen, news about his decline began to circulate among the Catholics of the diocese. Day after day the people arrived to say farewell to him. They came to see their loyal shepherd, hundreds of them every day. His ground floor room in the small courtyard beside the church ensured that his people had easy access to him.

The closeness of these people to their shepherd was also expressed in their wishes to have a final photograph with him. In scenes that are unlikely to be repeated for many bishops in their final days, people gathered one group at a time around Bishop Peter, some standing around his bed and some sitting around him in the bed to get the precious photograph. It was their way of saying that he was one of their own, a gentle strong shepherd of this rural flock, one who had seen other parts of the world and had come home to them, one who had lived through a quarter century of silence, one who was ready to entrust them to God’s ongoing care in the hands of other pastors.

Having been at home for one final week among his people, he passed away peacefully. His wake was attended by hundreds of Catholics who gathered around his remains for two days and then gave him a splendid farewell in a Mass that was celebrated in a small church overflowing on all sides. Following cremation, his ashes were brought to Zhang Jia Tai, the place of his birth, for internment within the parish church, a journey that completed the full circle of his international pilgrimage.

Since two months ago the coronavirus epidemic has ensured that the number of people at Zhang Jia Tai has been maintained at a level that is normal only for the time of the new year celebration. During these weeks, in a safe sealed-off village where there is a plentiful supply of food, the people are actually enjoying a carefree time together, mixing with each other in a way that my friend describes as somewhat like a reliving of childhood days. She says that this is a special occasion in particular for her family as they spend so much time with her elderly parents, her mother confined to bed for the past three years due to a stroke.

There is an unusual mix of emotions that accompany our lives during these weeks that are so different to any other time. We are saddened for those who have suffered so much because of the coronavirus. Yet, there is joy for the people in Zhang Jia Tai who have so much time with their families, in particular to have time with elderly parents. There is deep anxiety for those whose income has disappeared as they continue to wait for work to resume. These days will eventually pass and like other villages in the province the younger generation will return to their newly established lives in the cities. However, for people in Zhang Jia Tai and for those who knew their loyal bishop, a faithful shepherd, there is a trust in God’s ways that is measured by a depth that is generational, something far more resilient than what these two months of storms can pile up at their doors. Perhaps in some way during these weeks, their beloved bishop, with beautiful script and measured phrases, is still recording the details of what his faithful flock is experiencing in this latest chapter of their lives, a recording that might also include concerns and prayers for the plight of other peoples, some of whom he met overseas in his years of study and ministry, knowing and trusting that eventually God will find a way.