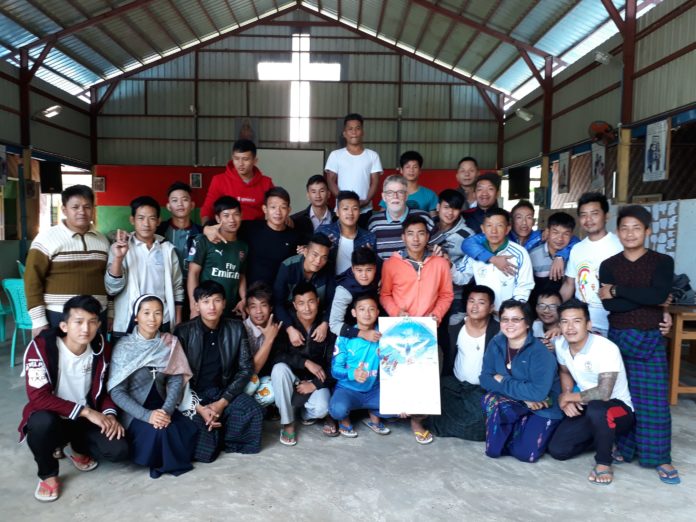 Church leaders from Myanmar’s northern Kachin state are calling for justice and peace in the region, following a sharp escalation of hostilities between government forces and the Kachin Independence Army.

On 1 May, the UN Special Rapporteur on Human Rights in Myanmar said that civilians are being “killed and injured, and hundreds of families are now fleeing for their lives.”

From Rome, on his recent ad limina visit, Bishop Francis Daw Tang of Myitkyina (where the Columbans have a long history) told us that the military has been ordering people to leave the amber mining areas for over a year, but that they have now begun to attack the border region (with China).

“Many villages have been attacked and a few people have escaped, but many have been trapped deep in the jungle for at least three weeks. They have no food, no medical care, no freedom of moving around.”

On 8 May, the General Council received the following from those on the ground in Myitkyina: “People have had to flee from Christian villages. Many of the Catholics in the last couple of weeks have come to Tanghpre parish. At the moment there are 243 households on the grounds of the parish and a total of 1,189 people.”

“Those trapped in the jungle cannot go home and they are not being allowed to travel to safety by the military because they think some KIA fighters may be among them.”

The Society has learned that Caritas Myanmar has food supplies for 3 months, but the big immediate need is housing, toilets and washing facilities.

The Society has decided to donate US$10,000 immediately to Caritas Myanmar and appeals to our supporters to join with us in alleviating this humanitarian need.

Thank you for your thoughts and prayers for the people in the Kachin State of Myanmar.