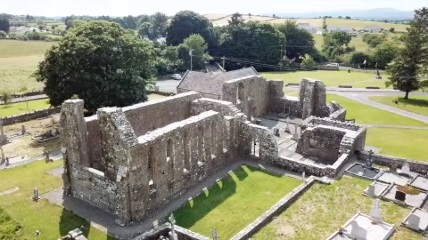 Columban missionary Fr Malachy Smyth has produced a new radio documentary on a little known link between Ireland and China that will be broadcast on Mid-West Radio over Christmas.

‘Ireland’s Unsung Hero’ is presented by documentary-maker Brian Kenny and produced by Fr Malachy. It will be transmitted on Sunday 6 January at 9am on 96.1 FM.

The programme explores the influence and connections between Chinese revolutionary Sun Yat-sen and Michael Davitt, the Father of the Land League and one of the greatest influences in the early independence movement in Ireland.

The idea was inspired by Fr Malachy’s meeting with three Chinese interns working at the Michael Davitt Museum in Straide, Co Mayo.

Speaking to Columbans.ie, Fr Malachy explained that during the Missionary Society of St Columban’s Centenary Year celebrations “a lot of mention was made of China and the abiding links the Columbans have there”.

In 1920, the fledgling Society, which was then known as the Maynooth Mission to China, sent its first group to the vast Asian country and a Columban presence continues there today.

The initial formation house for the newly formed missionary society was in Shrule, Co Mayo and from there 333 priests and Brothers went to China mainly at the beginning, but later they also went to other countries in Asia.

In China, a tide of change would sweep the country during the early years of the Columban presence and this was the case also in Ireland where the 1916 Rising changed everything.

“In China, Sun Yat Sen struggled to set his people free and in Ireland Michael Davitt had also begun the process in his founding the Land League, which eventually, would pave the way for the Easter Rising in 1916,” Fr Malachy explained. 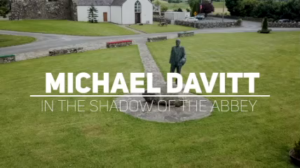 During Michael Davitt’s time as an MP in Westminster, he supported many causes and revolutionaries of the day, and Sun Yat Sen was one of those who got his support.

“In fact he was the only MP in Westminster who supported Sun Yat Sen at that time. So, I wasn’t surprised then when I met up with three young Chinese interns working at the Michael Davitt Museum in Straide, Co Mayo, earlier this year,” Fr Malachy explained.

“That meeting was the inspiration for the upcoming radio documentary which will air on Midwest Radio on 6 January and which looks at the Davitt Story, the museum in Straide and the unusual Sun Yat Sen connection.”

Sun Yat-sen is revered as the Father of New China. He fled to Hong Kong in 1895 after a failed rebellion in China against the Qing Dynasty but at the request of the Qing authorities he was expelled from the city by the British.

Michael Davitt, then an MP in London, brought the matter to the Houses of Parliament and kept pressure on the British government to recognise Sun’s independence movement.

Davitt even planned to visit China in 1899 to meet Sun and find out more about the situation.

Students from China are now researching at Trinity College Dublin the contact between Sun and Davitt.

Fr Malachy Smyth made a short video documentary on the link between Sun Yat-sen and Michael Davitt and the Davitt Memorial Museum in Straide, near Davitt’s birthplace, titled ‘In the Shadow of the Abbey’. It can be seen below: