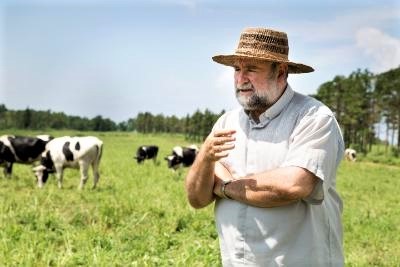 Columban missionary Fr Michael Riordan has been listed among 20 exceptional alumni of UCD’s School of Veterinary Medicine to mark the anniversary of the faculty’s move to the Veterinary Sciences Centre on UCD’s Belfield campus.

The alumni selected are listed on a wall of the School of Veterinary Medicine. They were nominated by staff, students and graduates. They were chosen because “they have all excelled in their fields, made a positive impact in others’ lives and they exemplify our values of excellence, integrity, collegiality, engagement, creativity, diversity and innovation”.

June 2022 marks 20 years since the UCD School of Veterinary Medicine moved to Belfield from Ballsbridge, where the teaching of veterinary had been based since 1900 when the Royal Veterinary College of Ireland on Pembroke Road and Shelbourne Road was constructed.

UCD’s School of Veterinary Medicine said, “As a School, we are immensely proud of our alumni and so to mark this important milestone, we have chosen to celebrate twenty of the most exceptional alumni from across the UCD Veterinary Community.”

Michael Riordan graduated from UCD in 1977 with a Bachelor of Veterinary Medicine. During his time in the vet college, Michael was commonly known as ‘Bengy,’ as was anyone whose surname was Riordan because of a popular soap on TV at the time!

After graduation, Michael volunteered to work for two years for the Isidore Development Association (IDA) on a farm project set up by Fr PJ McGlinchey in Korea.

The Isidore farm was a place where many young Koreans gained experience in agriculture before setting up their own business. Fr McGlinchey’s aim was to help the poor not by handouts, which can become degrading, but to help people to become financially independent.

Michael returned to Ireland in the Summer of 1980 and to the surprise of many of his classmates, he joined the Columbans. He was ordained a priest in January 1986 and worked as a curate in Armagh for five months. In August that year, he returned to Korea.

He worked in a city poor apostolate (living in a slum) for a number of years, before moving as curate to a parish and then becoming involved in Justice and Peace issues (workers’ rights, human rights and the pro democracy movement).

Fr Michael completed a course in Spirituality followed a number of years later by post graduate studies in Theology at the Gregorian University in Rome where he graduated with a Licence in Missiology.  After returning to Korea, he was still involved in Justice and Peace work as well as in training students for the missionary priesthood.

In 2004, Michael was appointed to Geumak parish in Jeju where he is still parish priest. He became a member of the board of the IDA (a non-profit-making legal body) in 2005 and in 2010, he was elected Chairman of the IDA.

The IDA consists of the original farm, a feed mill, a kindergarten, a youth education centre, a nursing home, a free hospice for the dying, an adult education centre, a religious pilgrimage shrine and most recently a home for Secondary School students who have run afoul of the law.

Instead of being sent to a reform school, the students live in a small group and get help with school and counselling etc. On the farm itself, they breed and train racehorses and produce organic milk. The profits from any of the enterprises are used to support social welfare projects.