Home News Columbans at the Amazon Synod in Rome 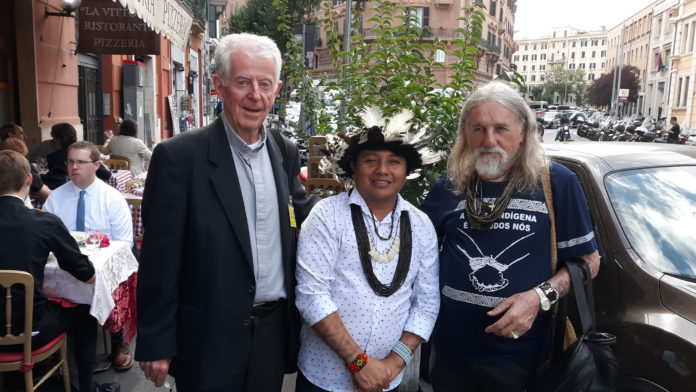 Amy Echeverria, Central JPIC Co-ordinator for the Missionary Society of St Columban is in Rome, where the Synod on the Amazon is taking place. She has sent this update:

Hope and joy-filled greetings from Rome!

At this stage, the Synod on the Amazon is in deep dialogue among its participants, the world and God. Both inside and outside the Synod, there is a great spirit of opening for new paths for the Church both in the Amazon and universally.

In a lunchtime meeting with Columban Fr Peter Hughes today, he spoke of the centrality of dialogue and listening to the voices of the people, especially indigenous, women, laity and creation. Grounded in a re-encounter with the periphery, the Church returns to its central mission of justice, love, peace, reconciliation, and wholeness.

I attended two events that reflected the song and the cry of the world. 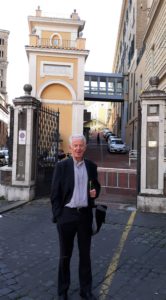 On 12 October there was a ceremony of public apology from the Church to the indigenous peoples of Americas for the woundedness caused by colonisation.

I was moved deeply when one indigenous woman, through her tears cried out, “We want peace, just peace.”

There was an ache in her voice that carried centuries of pain.

On Sunday 13 October, more than 150 participants of the Synod and friends gathered at the gardens of the Sacred Heart Sisters for a celebratory meal and programme of dance and song.

The mood was festive beneath the canopy of trees and chorus of birdsong.

With Cardinal Ribat from Papua New Guinea, Cardinal Hollerich from Luxembourg, Cardinal Czerny from Canada and many other guests from the Amazon, the Caribbean, Africa, Asia, it was truly a global Church in a eucharistic moment.