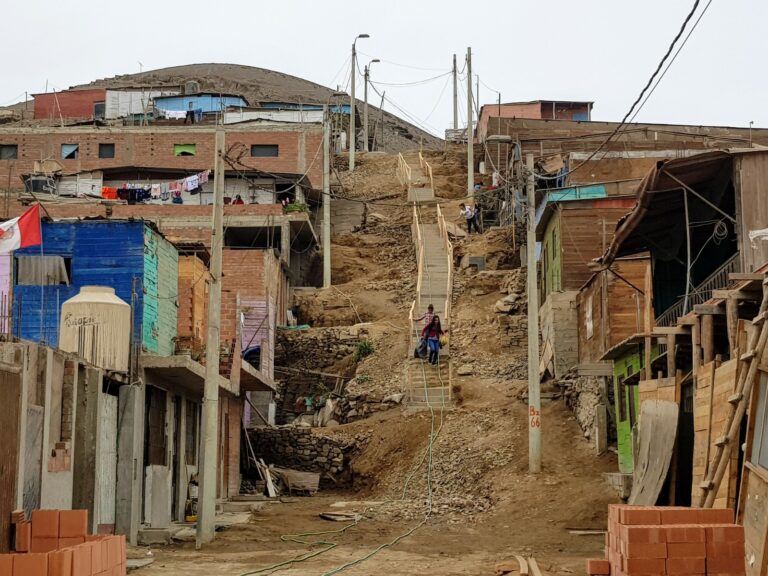 As Peru enters its eighth week of lockdown the general sensation is one of increasing anxiety and fear of the future. The majority of the people now face the stark dilemma of whether it’s best to die of hunger or the virus. The initial expectation of flattening the curve, reducing the number of deaths and infections, has not worked out. The official daily report shows no signs of change on that all-important front.

The numbers in Peru are now the highest in Latin America with the exception of Brazil. This is disappointing because the government acted rapidly and had massive support for implementing the lockdown as distinct to what is happening in Brazil.

The future is perceived in different ways. For the majority, especially the poor and the vulnerable, it looks very scary. Obviously, it has a different colour and is not as threatening for people who have security, employment and a regular income. This country, like many others, still suffers from serious economic, social and cultural divisions, inequalities and wounds that haven’t healed.

We live in a violent society, with very high rates of criminality and feminicides. Corruption is rampant in public life. Three of the last four elected presidents are in prison, the other took his own life; all have embezzled mega amounts. The state and its institutions are weak, inefficient and unprepared to meet the demands of the ravages of Covid-19. Economic growth has enriched foreign investment and the private sector but 70% of the population are either self-employed, unemployed or without jobs.

On the ground even though the government enjoys over 80% support for the lockdown, the implementation has been uneven. Most people buy food in the market every day, they live and survive from one day to the next. Most don’t have refrigeration. Crowded markets grapple to cultivate social distancing and the wearing masks and gloves. 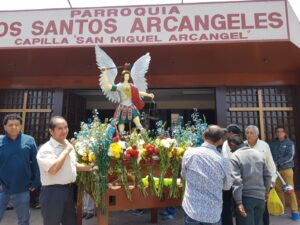 Inevitably foodstuffs and money travel through many hands. Detaining and imposing fines on offenders hasn’t worked. Reducing curfew hours to between 4 and 6pm have resulted in bigger crowds in a reduced time frame.

A major problem has been the cultural difference between officialdom and the habits, customs of the people. For example, imposing a total lockdown in Holy Week was a disaster in the urban areas in Lima and on the northern coast.

Unfortunately, the figures have rocketed in Lambayeque, Piura and Tumbes. Most people have to survive in small, overcrowded houses. Some are able to cope, but anxiety levels and depression are on the increase due to fear of the future.

State economic relief has been small but most welcome. The problem has been the distribution through the banking system where the crowds are unable to observe social distance and are inclined to storm the outlets. Obviously, people don’t have access to banks in rural areas, like Andean villages or in the Amazon region.

Statistics say that 85% believe we will ultimately overcome the virus and triumph. 51% of the population have more fear of dying of hunger; 43% fear more about losing their jobs than the virus; 86% feel the cost will be too high for families. Rationale and logic are subject to feeling and intuition. Schools are struggling to implement online classes; teachers and students were caught quite unprepared, and lack skills in technology. Only 8% can work through digital communication from home.

New heroes have emerged: overworked health workers, doctors, nurses, police, army and street cleaners are applauded every night. On the other extreme, a major flashpoint is the prison situation, a veritable time bomb. Gross overcrowding has resulted in 100,000 inmates in 68 penal institutions whose total capacity is for 40,000. Smouldering violence can erupt in an instant.

Before Covid-19, levels of TBC, malaria, HIV were rife. Prisoners are dependent on their families for medicine. A significant number of non-threatening people could be released but decisions lie in the links of the chain of a corrupt judiciary. Another sad story is the absolute negative reaction of the powerful economic elite in refusing point blank any suggestion of a solidarity tax on their huge fortunes. Between them they have amassed over $20 billion per annum.

Going back to the old normality is a busted flush for countries like Peru. This society has been high-jacked by neo liberal economic powers where the market rules supreme. The remnant of anything like the common good supported by a welfare state has long gone. What the future holds is unknown, we have to struggle together to build the new normal.

Covid-19 is the same virus but it is different in the global south. It has surnames: income, hunger, debts, rent, massive job loss and unemployment, family violence, going to school.

Peru has survived mega disasters, hope springs eternal. Today the sun shines, the birds sing, nature has had a wonderful respite, the river Rimac is crystal clear, free from mining waste that had placed it in the top 10 dirtiest rivers in the world. But how long will it last?