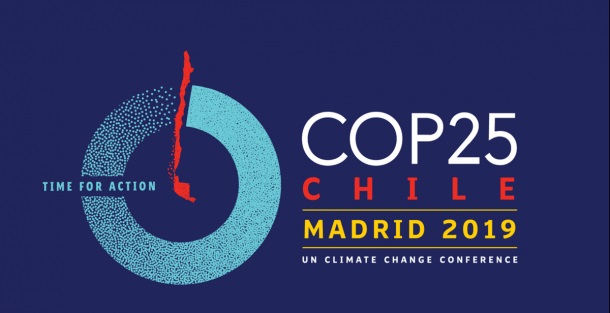 COP25, the Climate summit in Madrid, concluded in frustration as the major problems were kicked down the road writes Fr Sean McDonagh, SSC

Expectations for COP25 in Madrid where high for several reasons. The slogan for that COP was ‘Time for Action’. Furthermore, the recent report from the Intergovernmental Panel on Climate Change (IPCC) carried a bleak warning that, unless we rapidly reduce our greenhouse gas emissions, our lands, our seas and every creature, including humans will suffer greatly.

It was thought that the weekly climate-strikes by young people right around the world would have put pressure the delegates to agree to lower greenhouse gas emissions in line with what was demanded by science.

COP25 was scheduled to take place in Santiago in Chile. However, because of serious unrest and violence in Chile in October 2019, Sebastian Pinera, Chile’s president, announced that the country would not host COP25.

Given the importance of COP25, the acting Spanish government offered Madrid as an alternative to Santiago. The UN accepted the offer almost immediately even though there was less than a month to prepare for this very important meeting on climate change.

Still the president of COP25, Carolina Schmidt and chairpersons of the various committees were all Chilean. To add to the Chilean flavour of the meeting, the main meeting rooms were called after Chilean rivers and other landscape features.

At one of the meetings during COP25, Greta Thunberg denounced as hollow and deceptive the pledges of wealthy countries and businesses to curb climate change calling it “clever accounting and creative PR.”

She called on people to listen to what the science is now saying about how accelerating climate shocks will cause severe weather events and prolonged droughts and floods all over the world.

The European Union endorsed a new plan to seriously reduce greenhouse gas emissions and, at the same time, provide a just transition of €100 billion to help countries like Poland, the Czech Republic and Hungry to wean themselves off fossil fuels.

The goal of the plan is to make Europe climate neutral by 2050. European Commission president Ursula von der Leyen, told the press that the goal was to “reconcile our economy with the planet …to make it work for all our people.”

Unfortunately, on 13 December 2019, the paper put forward by the Chilean presidency was considered unacceptable because it lacked a call for all countries to enhance their ambitions and lower their greenhouse gas emissions.

According to the Paris Agreement in 2015 countries were to keep the global average temperature below 2 degrees Celsius. Since then, scientists have shifted the “safe” limits to 1.5 degrees Celsius.

Aiden Meyer from the Union of Concerned Scientists said that the polarisation which took place at the 2019 Madrid climate conference was unprecedented since climate negations began in 1991.

Tina Stege, the Marshall Islands climate envoy, with tears in her eyes said that “it appears we are going backwards on the issue of ambition when we should be calling for a quantum leap in the other direction.”

The United States, the largest per-capita emitter of greenhouse gases, is leaving the UN Framework Convention on Climate Change in 2020.

It was accused of undermining the negotiations in Madrid. The US has continued to block the world’s efforts to help people whose lives have been adversely affected or even destroyed by climate change.

Another failure at COP25 is that, because of a lack of consensus among delegates, it was decided to kick many of the major decisions about finance and carbon markets down the road to COP26 which will meet in Glasgow in December 2020.

Will a Boris Johnson conservative, populist government be up to the task? If it isn’t, the consequences could be horrendous for all species and our planet.