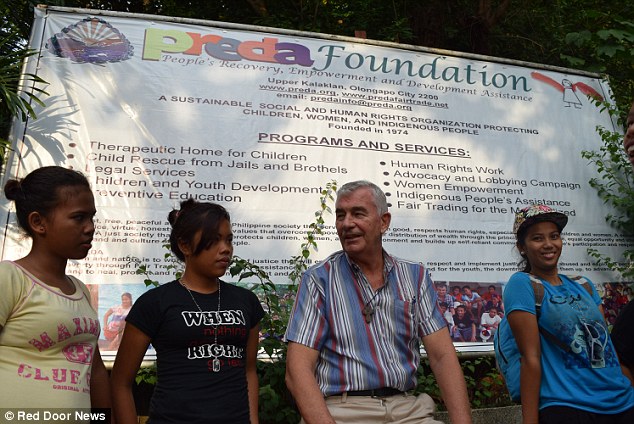 Fr Shay Cullen argues that the greatest violation of human rights in the world today is violence against women and girls.

She was only 7 years old. Call her Angelica. She never knew or imagined the sexual violence that was to be done to her by her stepfather Apolonio Valdez. He took her from the small, two-roomed house to the nearby forest and assaulted and sexually abused her.

Last 5 November 2018, Judge Robert Alexander R. Malig of the Pampanga Regional Trial Court Branch 45 found him guilty of child rape beyond reasonable doubt and sentenced him from eight to 14 years in prison and to pay substantial fines and compensation to the child.

It is just one more victory for justice in the week when we are reminded of the immense number of unsolved crimes against women and girls. We have just marked the UN International Day for the Elimination of Violence against Women and Girls on 25 November.

These crimes are numerous and one in every three women and children are sexually violated in the course of their lives.

Male partners are responsible for most of the attacks. Husbands and employers are major culprits, too. The biological fathers of the child or the live-partner of the child’s mother are the most frequent sex abusers. The neighbours, friends and relatives are the ones who also abuse the girls. The sexual harassment of women is such a common offense that it is becoming a new normality.

In 2012, alone for every two women killed, her partner or family murdered one. There is something very seriously wrong with a larger percentage of the male members of the human species. What other species sexually rapes and abuses their own children?

There is some small hope that the culture of silence may have a crack with the recent #MeToo movement as more and more western women in developed nations are speaking out and bringing allegations of sexual harassment and abuse against their tormentors in the media and in the courts.

It’s a very welcome change. Yet in the developing poor countries where old corrupt traditions and practices of male domination reign supreme, women are still treated as “slaves.” The girls suffer unbelievable abuse as child brides being sold to old men to be sexually abused under the guise of “marriages.” Worldwide, almost 750 million women and girls alive today were married before their 18th birthday.

With these truths in mind, we can say that perhaps the greatest violation of human rights in the world today is violence against women and girls.

In many countries, the male dominated judiciary has tended to favour the account of the accused male. This is changing. In the Philippines for example, male judges like in the case of seven-year old Angelica, listen to the testimony of the child and believe her.

Judge Roberto A. Malig ruled that according to the Supreme Court, young children that testify clearly be given full credence. “Youth and immaturity are generally badges of truth,” he said. The only defence of the accused was denial.

The court citing the Supreme Court said that an accused could be convicted for rape on the sole testimony of the victim although the case of Angelica was strengthened by the medical certificate that showed evidence of abuse. In general, there is a positive development in the judiciary and more just judges are convicting child rapists and perpetrators of sexual violence against women.

More female judges sit on family courts nowadays. Strong legal action in the pursuit of justice and redress is one of the most potent forms by which violence against women and girls can be greatly reduced. When males realize that they can be held accountable and be jailed for life for acts of sexual abuse against girls and rape against women, they will hopefully come to a new respect for the dignity and the rights of women and children.

A non-government organization Preda Foundation has won 16 convictions in 2018 alone, including that of Angelica. In a male-dominated society, where the male machismo attitude is rife, much of the male population believe that they have entitlement to satisfy their sexual urges against any available and vulnerable women.

Their level of respect for women is very low. Similar to a bullfrog they have a bloated ego. In such unequal cultures, violence against women is more frequent and severe. Working for equality and justice through legal action and winning convictions is a powerful approach that will help change society. The voice of women and children has to be louder, longer and local.

Every community needs to be activated to the cause, every woman has to be convinced to take a stand and speak out against harassment and abuse and fight for equality and justice to enhance the dignity of their gender. Men have to be recruited to this cause too. Men might listen to men more quickly and realize that their attitude to women must change.

The campaign for equal rights and dignity for women and for the elimination of violence against women and girls will continue until the 10th of December which is International Human Rights Day.

But it can’t end there. The struggle and the campaign must continue every day until women and children can live without fear and be safe and secure in their families, in their lives and in their communities.