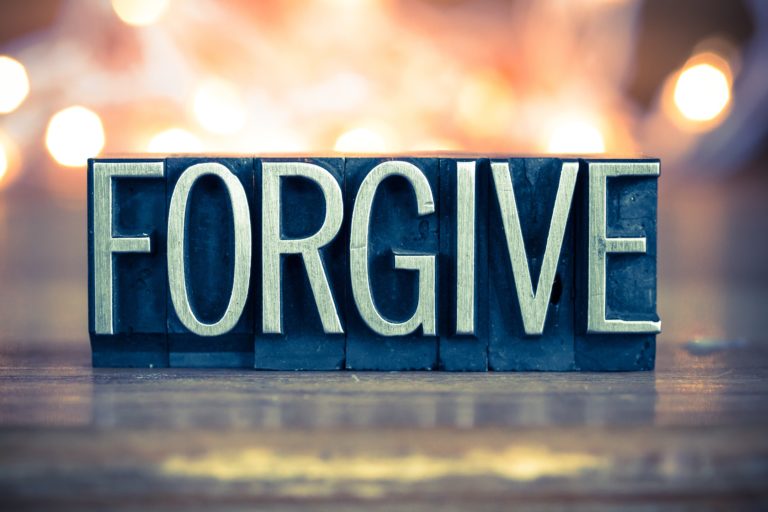 The story is told of a good and prayerful woman who claimed to have had a vision of Christ. She went to see the bishop. “Did you talk to him?” he asked. “Yes,” she replied, “I did.” “Well,” said the bishop, “the next time he appears to you ask the Lord this question: ‘What was the bishop’s greatest sin before he became a bishop?’” About three months later she returned. When she came in the bishop asked her, “Did you see the Lord again?” “Yes,” she replied. “Did you ask him the question about my sin?” “Yes, I did.” “And what did he say?” She smiled as she answered, “The Lord said, ‘I don’t remember any more.’”

Like the story of the prodigal son, embraced by his Father, the bishop’s sins were not held against him. Nor are ours. So often it is we ourselves who hold on to the memory of our transgressions and lacerate ourselves, refusing to trust the mercy of the Father. Worse still, we harshly bind others, clutching the hurt they caused us, subtly or overtly reminding them of their offence.

How much pain there is in life from this accusatory, unforgiving attitude. How much pain when we refuse to let go and forgive ourselves, when we stop short of forgiving others. Some hurts alas, go back generations and are nursed and kept alive through the years. It is often seen as a matter of family honour not to forget, not to forgive but to fuel the resentment by retelling the story.

Today, in an era of visual overloads, we are fed a daily diet of violence with stories that invite our harsh condemnation. How seldom we hear the stories of grace and forgiveness! But when we do, and hear of the parents who forgive the motorist who killed their little child, or the people who hold no grudge against those who bombed their community are we not touched to the heart? They are not saying the injustice done is all right; it is not, they know it is wrong. But by refusing to be caught in a cycle of bitterness, they have let go and forgiven. They are free.

The Dalai Lama tells a story of a Tibetan monk who had spent eighteen years in a Chinese prison. When he escaped and eventually met the Dalai Lama he asked him what he felt was his biggest threat or danger while in prison. And the monk, who had suffered so much, gave an astonishing answer. What he feared most, he said was losing his compassion for the Chinese.

Forgiveness is at the core of Jesus’ message. He cuts through the ‘eye for an eye’ mentality and tells his (shocked) followers that they must forgive and forgive and forgive. We are his followers today. Let us, with the grace and the power of the Holy Spirit, forgive our enemies, our friends, ourselves.