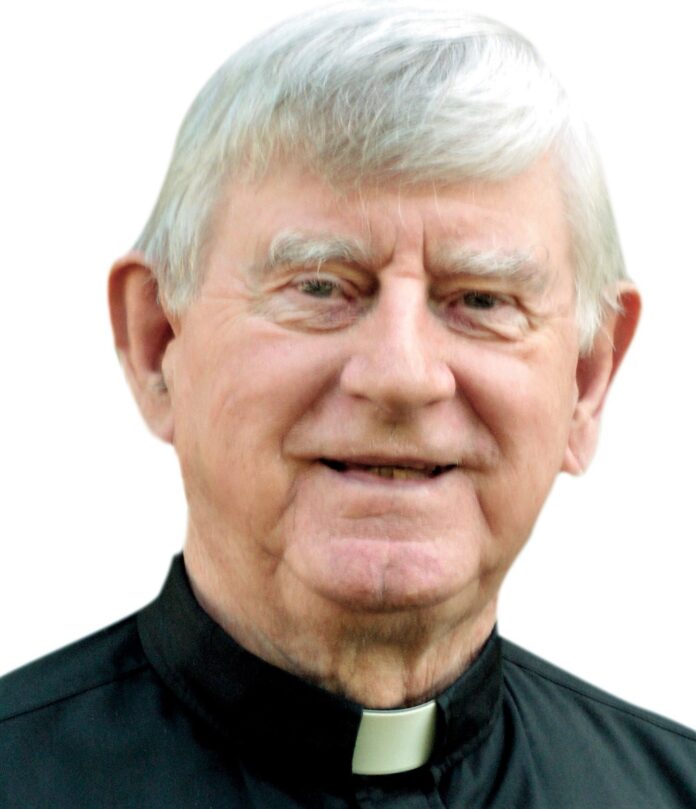 Fr Anthony (‘Tony’) Mortell was born in Mallow, Co Cork on 28th August 1935. He was educated at the Patrician Brothers, Mallow before coming to Dalgan in 1954 where he was ordained priest on 21st December 1960.

Appointed to Korea in 1961, he was assigned to Kwangju archdiocese after initial language studies and became familiar with parishes like Hampyong, Tamyang and Cheju City before returning to Seoul for the second stage of language studies. Further experience in parishes in Namdong and Mokpo followed before his first home vacation in 1967.

That break gave Tony the opportunity to do studies in mass communication and follow up on a need he had noted in the archdiocese. Within a year he was given responsibility for radio programmes and managed to establish them as a part of the diocesan ministry before being appointed to the Korean Apostolate in the USA in 1979.

While other Columbans followed their people to the cities in Korea, Tony was aware of the plight of Korean migrants to the USA. Language and cultural differences prevented most new arrivals from quickly integrating into America and even into parish life.

Beginning with the Korean community in St Gregory’ s parish in ‘Koreatown’, Los Angeles his ministry spread north to communities in the San Fernando Valley and they quickly developed as an independent group with another Columban as its pastor. The St Gregory group had grown from around fifty to two and a half thousand before Tony left for sabbatical in 1991.

The next stage of growth was to develop Mission Education and Mission Promotion in the Korean communities and then to hand the communities over to the care of US-born Korean priests.

When ill health obliged Tony to return to Ireland and later to the Nursing Home in Dalgan that did not mean the end of his enthusiasm for mission. No meeting was ever complete without his persistent challenge to us all: What are the Columbans going to do about it?

Tony’s health deteriorated steadily in recent years and he died peacefully in Dalgan on the 20th November 2020. May he be blessed for his long life of compassion and care.