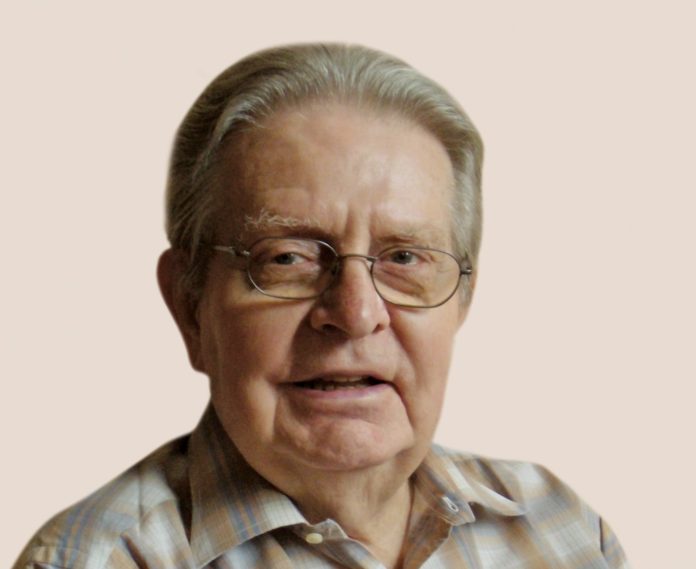 Fr Colm Murphy was born on 28 December 1930 in Sandymount, Dublin. He was educated at Dublin’s Model National School and at Belvedere College.

He came to Dalgan in 1948 and was ordained a priest on 21 December 1954. After ordination he was appointed to study journalism in Marquette University, Milwaukee. In 1958, he was appointed to Burma and while awaiting a visa he served as assistant editor of the Irish Far East.

He arrived in Burma in the fall of 1958 and after language studies was appointed to the staff of St Columban’s High School in Bhamo City. He served there until 1966 when the Government refused to renew his visa.

In 1967 he completed a course in television production in Dublin. In 1968, he was attached to the Omaha office to help prepare for the Society Golden Jubilee celebrations; he was then appointed to Korea.

After language studies in Seoul, Colm was appointed to Wonju, initially to Hak Seong Dong and then from 1971 to 1981 to Tanku Dong.

As director of communications for the Diocese of Wonju, he produced a very successful radio request programme aimed at young people. He also produced a series of radio dramas geared to personal problems sent in by listeners: after the 15-minute drama, there followed a live discussion about possible solutions.

Koreans love drama and Colm’s programmes became some of the most popular on MBC. In 1978, Colm was elected as Secretary of UNDA (Asia) – the Association of Catholic Broadcasting Stations.

In 1981, he was appointed General Secretary of UNDA and took up residence in Brussels, Belgium.

Over the next fifteen years Colm helped to fund and organise local Catholic radio stations all over the world. During this period he visited more than one hundred countries. His easy and affable manner were huge assets in this job, and with his missionary background he understood very well the challenges faced by broadcasters in developing countries.

In 1996, he was ready to accept another Columban mission appointment, and was sent to the Pakistan Mission Unit. In Lahore, he developed the local Catholic Radio Station and prepared and directed the same type of programmes which had been so successful in Korea. He also served as a genial and welcoming host at the Lahore Columban Central House.

When ill-health forced him to leave Pakistan, Colm returned to Ireland. However, there was one more mission to be accomplished. With his devotion to St Columban and his fluent French, Colm took up residence in the Abbey building in Luxeuil-les-Bains, the site of one of St Columban’s first foundations. There he made many friends and helped out in the local parishes until failing health forced him to return to the Dalgan Retirement Home.