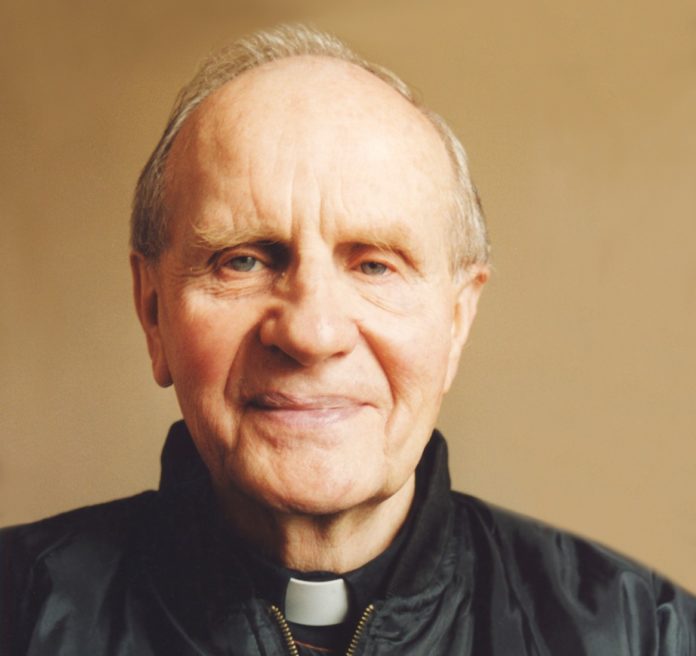 Fr Columb (Colm) Rafferty was born on 2 March 1929 at Craigavole, Swatragh, Co Derry. He was educated at Swatragh PES and at St Columb’s College, Derry.

Colm’s first appointment was to the Philippines and to the island of Negros. Like all the pioneers in early years in Negros, he struggled with huge parishes, numerous distant barrio chapels and dreadful road conditions.

He served in Binalbagan, Cawayan, Sipalay, Dancalan and Candoni. He enjoyed a well-deserved vacation after seven years and in 1962 was appointed to promotion work in the US.

For the next 23 years he worked in mission promotion, administration and vocations ministry in various parts of the US.

Around 1972 he was appointed as director of vocations. He describes the sixteen years spent on this work as “among the most difficult times of my life”.

The 1970s were difficult times for all priests, times of great dissent in the Church and in the world. It was hard to keep going when there were so few new vocations in spite of all his efforts.

In 1986, Colm was hugely relieved to be appointed back to the Philippines. He served as House Bursar in Singalong, and then as parish priest of Malate for three years, followed by a stint in Matain, Subic, Zambales.

In 1996, he was once again appointed back to the US. This time he worked in St Columban’s Parish, Loma Drive, Los Angeles, where his congregation contained many Filipinos. This period of ministry in the US was much happier time for Colm.

In 2008, he was appointed back to Ireland where he helped out in Bellaghy, Co Derry and said occasional Masses for groups of Filipino migrants until he moved to St Columban’s Retirement Home in 2018.

Colm was a gentle, courteous man, a dedicated and prayerful missionary, whose life enriched all those who came in contact with him. He died peacefully in St Columban’s Retirement Home on 8 February 2019.