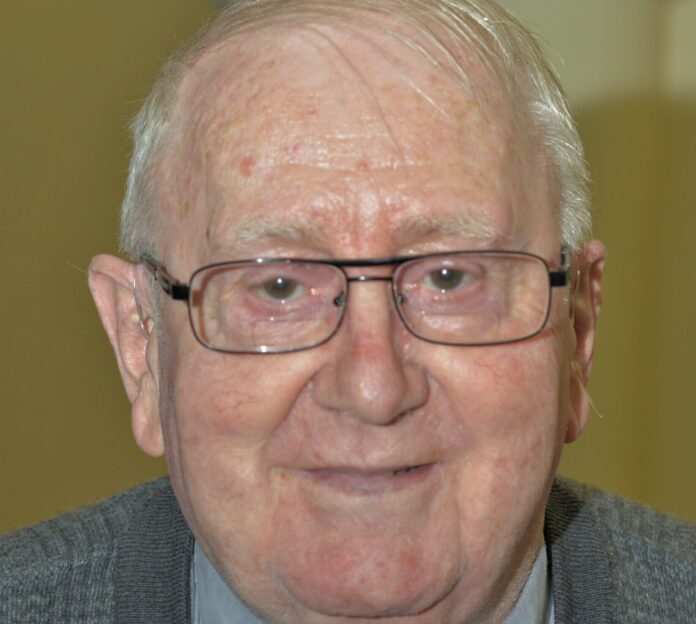 Fr Daniel O’Gorman was born on the 4th March 1932 in Tullaherin, Bennetsbridge, Co Kilkenny. His received his early education in Bennetsbridge NS and St Kieran’s, Kilkenny. He joined the Columbans in Navan in 1950 and was ordained there on 21 December 1956.

Korea was still a war devastated country when Dan arrived in 1957. After language studies in Seoul, he was assigned to Cheju Island off the south coast. He worked in parishes in Cheju City, Hallim and Mosulpo and as a willing assistant to PJ McGlinchey in the multi-faceted Isidore Development Association in Hallim.

After twenty years in Cheju, he moved to the mainland parish of Yong Kwang. The new nuclear power plant nearby was the focus for many but what Dan saw was food being left outside homes to be taken by people now cured of leprosy, but still living in a village on the edge of the town. This led to his involvement in replacing their shacks with decent housing and the continuing care for their families.

He had earned his sabbatical in London when he attended Hawkstone Hall in England in 1982. Dan returned to Yongam parish in Kwangju archdiocese and although he needed medical care in Ireland in 1985, he was able to continue his work in Changhowon in Suwon diocese until 1992.

Back in Ireland he was given charge of the Dalgan farm and helped to continue its modernization with a large dairy herd. He made himself available to help the sick and provide transport for those in the Nursing Home until he had to join them there himself in 2014.

Even though Dan’s health and hearing deteriorated, he kept his interest in everything from Korean farming methods to the fortunes of Kilkenny hurlers. Dan was always a cheerful companion and his ability to cope with all kinds of setbacks in his attempts to care for others was an inspiration and encouragement to many of us.

Dan died peacefully in the Dalgan Nursing Home on 3rd April 2022. May God reward the commitment and generosity that marked his life.