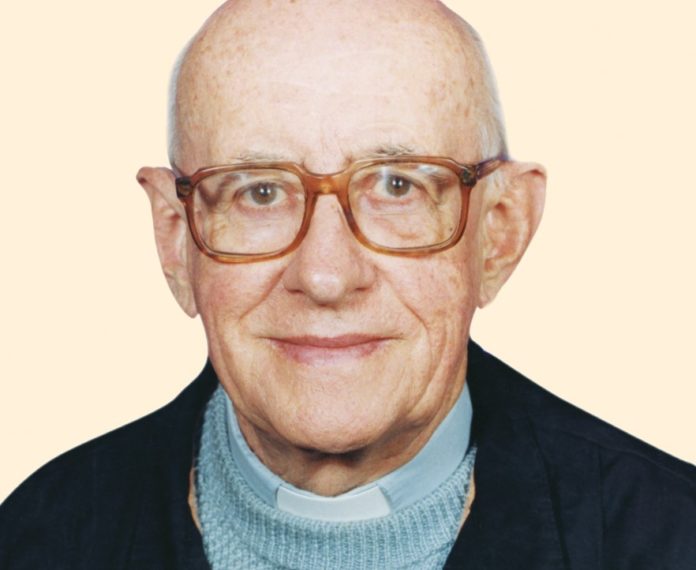 He arrived at St Columban’s College, Navan in September 1944 and was ordained priest on 21 December 1950.

He was appointed initially to post-graduate studies at Loyola University, Chicago, where he was awarded a Master’s degree in Sociology. For the next two years, while awaiting a visa to Burma, he taught in St Columban’s College, Milton, MA.

As his visa was delayed, he received a new appointment to Peru in 1955: the Columban pioneers of that mission had arrived there in 1952. Over the next three years he worked in the Parish of San Martin de Porres and helped set up credit unions.

Out of the blue, in 1957 his visa to Burma arrived. He stayed in Lima until 1958 and arrived in Burma in October of that year.

Over the next eight years he served in the Bhamo area of Burma, acting as headmaster of St Columban’s High School, Banmaw. Under the military Government, in March 1966 the Ministry of Immigration requested all missionaries, except those who had arrived before Independence in 1948, to leave the country by the end of the year.

Eight younger Columbans, including Davy Wall, were expelled between May and December.

In 1967, Davy was reappointed to Peru and served as pastor of Santissimo Sacramento Parish up to 1972.

After a holiday in Ireland, he was assigned to further studies. From 1973-4, he studied for and gained an MA in Latin American Studies at UCLA, and from 1974-1978 a PhD in Sociology at Catholic University, Washington.

In 1979, he returned to Lima again and over the next 27 years served as pastor or curate in four different Columban parishes. He also taught pastoral theology in the Lima Faculty of Theology.

In 2004, he was asked to be Archivist of the region and organised and indexed the regional archives. Having celebrated his 80th birthday in 2007, he left Lima and returned to the Dalgan Retirement Home at the end of the year.

Even though he became increasingly deaf, Davy was mentally quite alert right to the end. He continued to follow events in Burma/Myanmar and in Latin America, and never ceased to be reader of all literature relevant to both places.

A quiet, gentle person, Davy was always courteous and grateful for the attention and service of the Retirement Home staff. He died peacefully on 25 October at St Mary’s Hospital, Navan.