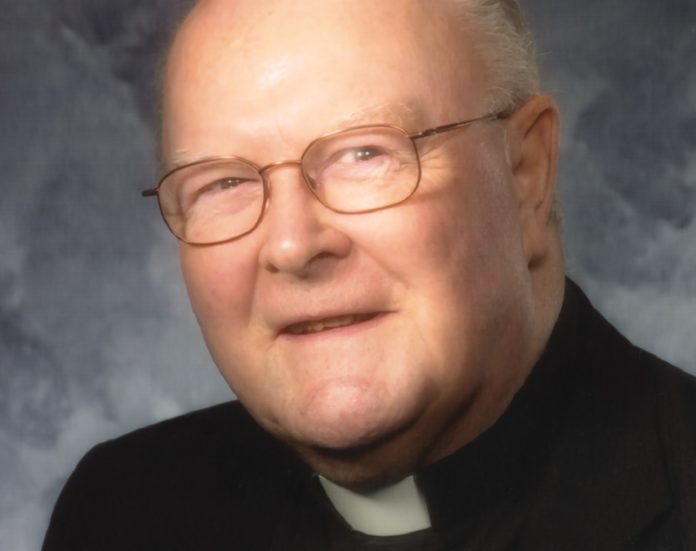 His brother Michael (’62) had spent the whole morning with him and had just gone for a walk when he died.

Donal’s sister, Eithne and her husband Charles are travelling from Galway to Dalgan.

Donal had been ill for some time. Over the weekend he became weaker and it did not come as a surprise when the Lord called him this afternoon.

His death follows closely on that of Mattie Reilly.

Donal’s removal will take place tomorrow, Tuesday at 7.30 pm. The evening Prayer Service will be led by Bernard Mulkerins.

His Funeral Mass will be on Wednesday at 11am and the main Celebrant will be Michael Dodd.

The Prayers at the graveside will be led by Eugene Ryan, Donal’s classmate.

Donal spent most of his Missionary life in the US followed by a short time in Jamaica. He had a very gentle presence here in Dalgan since his return from the US. He will be missed in the Community.

We offer our sincere sympathies to Michael and to his sister Eithne Whiriskey.

We thank Donal for his dedicated service to Columban Mission.

We entrust him into the gentle embrace of a loving God. May he rest in the peace of the Lord.