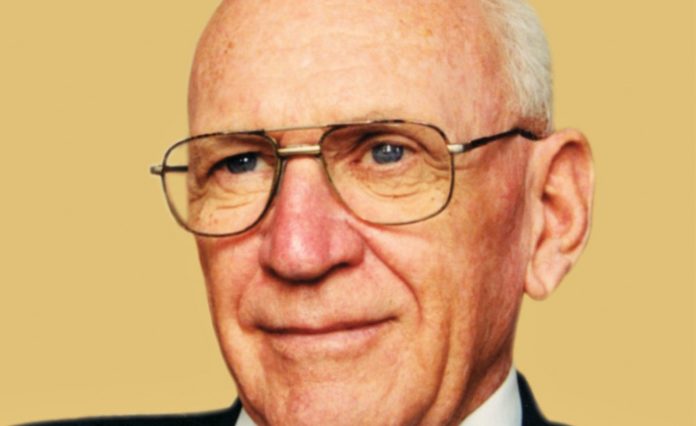 He was assigned to the Philippines, to the Zambales District of Luzon Province. Donie would spend the next sixty years in that area, serving its various parishes. He began as assistant in Sta Cruz Parish before becoming pastor in Iba, then Palawig, followed by Masinloc.

By 1973 he was back in Iba once more, then in Poonbato where he became Superior of the Zambales District 1984 to 1990. There followed further appointments to St Joseph’s, Olongapo, Sta Cruz, and Barreto, Olongapo.

The eruption of Mount Pinatubo in 1991 buried the surrounding communities in volcanic ash. Those most affected were the members of the Aeta indigenous peoples who were forced to move to the lowlands where they were scattered and neglected.

The bishop asked Donie to help them. He found that there were over 7,000 Aeta in twenty-two areas, from Palawig in the north to Olongapo City.

The larger settlements had schools and a clinic, but the people required houses, food for work to clear the land, and literacy classes. Long-term goals included acquiring ownership of land, securing rights to their ancestral land, and preserving their culture.

As Coordinator of the Indigenous Peoples of the Diocese, Donie spent the next almost twenty years working hard at all these various tasks, until he retired to Ireland in June 2012.

Donie was a gentle, kind, approachable man and a very dedicated missionary with a wry sense of humour. He enjoyed his years of retirement in Ireland until failing health confined him to the Nursing Home. He died peacefully in Dublin’s Mater Hospital on Friday 26 July 2019.