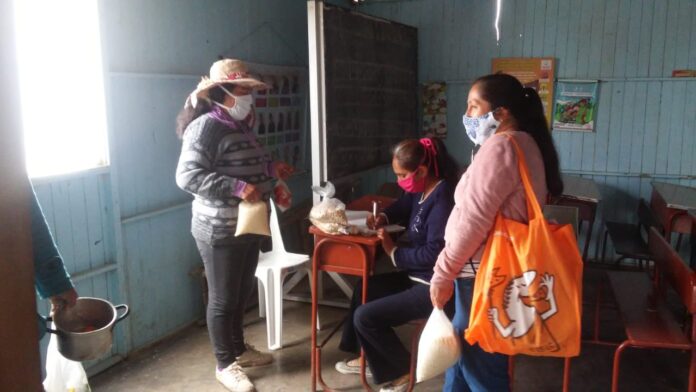 National Independence Days, 28th and 29th July, were anything but the usual holiday! The Archbishop of Lima in his Te Deum homily called on all to work for the Common Good.

The President gave a long address to the Congress on the 28th July, broadcast nationally, recognising the sacrifices of those who died of Covid-19 in the in line of duty, more than 300 police and more than 60 doctors, 30 nurses and a number of auxiliary staff. There was none of the usual celebrations or military parades on 29th July.

We are in a no-win situation, Covid-19 had reached a plateau of around 3,700 new cases but now, over the past week, this has increased to 5,000 new cases. The number of deaths averages 200 daily. Those under 14 and over 65 continue in lockdown at least until the 31st July and there is a curfew from 10pm to 4am every day.

After a month on the ‘plateau’, the people are out and about infecting each other, even children when the adults come home from work. As a result, the Children’s Hospital in Lima is inundated with cases, many staff are off sick with Covid-19, and those left are finding it difficult to cope, they are exhausted covering so many shifts.

“We think there are about 45,000 people who have lost their lives in this moment, the greater majority from Covid-19, and some of these may not be (from this cause)”, the Minister of Health said at a press conference according to La Republica (29th July). 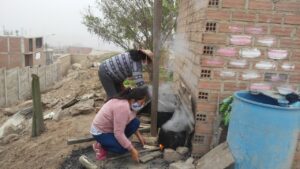 This bears out the report in the Financial Times on the 13th July which stated that the excess number of deaths in Peru was 40,100 this year so far. 71% of the official death toll were men and 29% women according to the Ministry of Health.

The Peru Support group reported recently, “The health system is increasingly unable to deal with the spread of the virus, especially in the south of the country. Arequipa is one of the regions worst hit. People are dying waiting to access hospitals, in their homes and in the street. Bodies are reported to be decomposing in the corridors of the Honorario Delgado Espinoza hospital in Arequipa. Oxygen is being administered to people in cars waiting in the hospital car park.”

This is now true in many parts of the country. 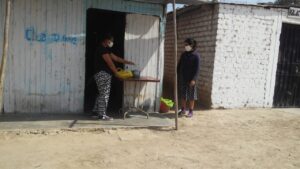 I accompany Manuel Duato Special Needs School, a Columban project. The teachers are in virtual contact with the parents and through them with nearly 400 children. We have helped 44 families on two occasions, as they have little to no income and are desperate.

The Warmi Huasi project, which I also accompany, works with children at risk in both San Benito, on the north side of Lima in the district of Carabayllo, and in the Province of Paucar de Sara Sara, high up in the Andes mountains in the department of Ayacucho.

In Ayacucho, we are communicating virtually with the parents, teachers and municipal officials to remind them constantly of the steps to protect themselves and the children from the virus. We have given out all the books from the reading clubs so that the children have something to read at home.

In San Benito, of those we know, 60 families fall outside the help offered by the Government and are desperate. We have helped them several times with small amounts of money. It is all a drop in the ocean but to those who have received this help, it means everything!

The mothers of the four homework clubs we run, have started communal kitchens. A key local community leader started another communal kitchen. The number of families being helped in the five communal kitchens has increased to 160, by an average of five per family, and you have 800 people receiving a meal each day.

Unfortunately, this is just a sign of the times to come. In the communal kitchen run out of the chapel in San Benito, they have 12 social cases: six elderly, an abandoned mother with her five children and also 45 children, mostly from the homework club.

We are in the middle of winter and with the help of friends, they managed to distribute secondhand clothes to families in need and a bed to one family who were sleeping on the floor. Often, I am told, that the children are the ones reminding their mothers to put on their masks before going out!

I have contact with Venezuelan families and have helped them with varying amounts, according to their need. We had worked with them in a program run by UNICEF, in which Warmi Huasi participated. Some are desperate to go home; all are hungry and some have been forcibly removed from their rented accommodation.

To be so far from home and in such a desperate situation. How do the mothers stay sane and what do they say to their children?

The people try to be resilient, they keep going and many share what they have with others when the need arises. The adults keep going, for the sake of their children and for their parents, many of whom live with them.

As a nation, many Peruvians started their lives in poverty and gradually improved their lot but now many of the 70% who work in the informal sector are destined to return to poverty.