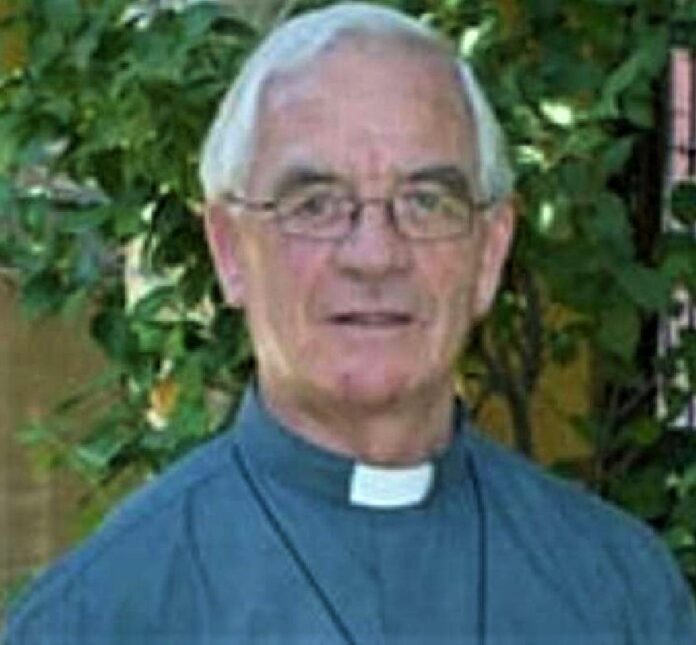 Fr Gerard Bellew was born in Dundalk on the 15th March 1938. He was educated in the CBS primary and secondary schools in Dundalk before joining the Columbans in Navan in 1955. He was ordained on 20th December 1961.

His first appointment was to post graduate studies in UCD while also acting as dean at St Columban’s House of Studies in Templeogue, Dublin. In 1965 he was appointed Dean of the major seminary in Dalgan Park. In the early 1970s he taught English literature both in Dalgan and Kimmage.

In 1977 Gerry finally got his wish for a mission assignment and went to Santiago, Chile in March that year. For the next 43 years he made his home there only returning to Ireland due to deteriorating health in February 2020.

In Chile, he was assigned to the parish of El Olivo in the Northern Zone of the Archdiocese of Santiago where we was to spend the next 11 years. When the parish was handed over to the Archdiocese in 1988, he became parish priest of the neighbouring parish of Nuestra Señora del Rosario.

Gerry ministered there until he retired from active pastoral work in 2018. Throughout his ministry he collaborated closely with three Archbishops of Santiago, Cardinal Juan Francisco Fresno, Cardinal Carlos Oviedo and Cardinal Francisco Javier Errazuriz, occupying key positions of leadership in the Archdiocese.

He became Episcopal Vicar of the Northern Zone in 1988 and continued in that role until he was named Director of the Pontifical Mission Society (World Mission) in Chile.

He was later appointed Episcopal Vicar for Religious, a position he held for several years. He was Vice Director of the Chilean Region from 1992-1996 and he welcomed the first group of Viatores Christi Lay Missionaries from Ireland there in the late 1980s.

During the Papal visit to Chile, he was Master of Ceremonies to Pope John Paul II in the youth event in the National Stadium in Santiago. There, he navigated a particularly difficult situation in a ceremony that was filled with tensions between the Military Government of General Pinochet and the suppressed voices of the youth of Chile.

Gerry brought with him to Chile his teaching experience of his early years in Dalgan and Kimmage. He implemented the Family Catechesis Programme of the Chilean Church and empowered laity to be proactive in the life of the Church. He was a promoter of Basic Christian Communities and actively supported the struggle of the poor and oppressed for justice and their basic human rights.

Gerry died in the Columban Nursing Home in Dalgan on 24th September 2021. His many years of love and service will long be remembered with gratitude among the people of Santiago.