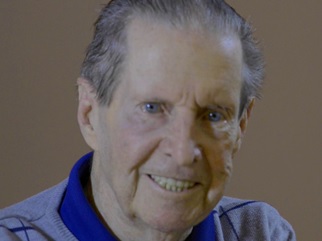 James (‘Jimmy’) Gavigan was born in Ballyshannon, Co Donegal on 9 April 1927. He was educated at the Convent of Mercy and De la Salle Brothers Schools, and at St Eunan’s College, Letterkenny.

He was a member of the first group of Columbans assigned to Fiji in 1951 and, apart from his vacations and updating courses, he spent the next 58 years there. His first seven-year term was spent in Wairiki, Taveuni, Nabala and Xavier College, Ba.

On his return, there were years in Yasawa, a further three years in Xavier College, and time in Vatakuola.

In 1970 he spent a year concentrating on catechetics at Mt Oliver, Dundalk. On his return he established the Navesi Catechetical Centre, where he spent the following eight years: it is still running.

In later years he spent long periods in Lautoka, in Tamavua and as chaplain to Corpus Christi Training College. He returned to Dalgan in April 2009.

He had a fine grasp of the Fijian language and culture and a great love for the people. He had a detailed knowledge of his parishioners and an understanding of the sometimes complicated family relationships. A generous person, he assisted many students to get through school and college.

A highly skilled teacher and pastor, he was also a careful builder, and he contributed greatly to the building up of the church in Fiji. He will be sorely missed by many throughout Fiji.

Over the past ten years Jimmy was an integral part of the Dalgan community, interested in everything that was happening, regular as clockwork in his daily walks around the grounds and in his participation in all prayers.

He was reluctant to be assigned to the Nursing Home until it became absolutely necessary late last year. He remained remarkably bright, cheerful and attentive so that it could be said that he lived life to the full, right to the end.