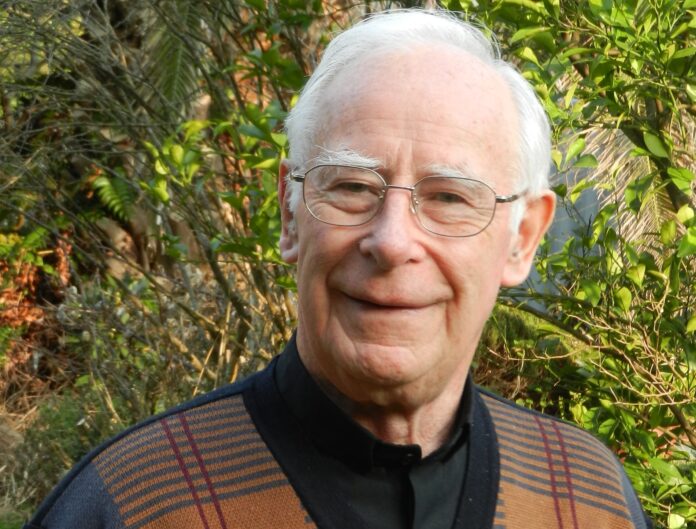 Fr Jeremiah (‘Jerry’) Cotter was born at Dunlisha, Douglas, Cork on 1st June 1930. He was educated at Christian Brothers N.S. and Christian Brothers College, Cork. He came to Dalgan in 1948 and was ordained priest on 21st December 1954.

Jerry was appointed to Korea in 1955. The country was still recovering from the devastation caused by the Korean War. Language study was not as well organised as in later years and within nine months he was in his first assignment in Naju Parish, Kwangju Diocese.

There followed appointments in Pukdong and Ham Pyeng Parishes. By 1962 he was pastor in Jin Do Parish before returning as pastor to Ham Pyeng and later to Pukdong Parish. After some further language studies, Jerry was appointed to Sosa Parish in Inchon Diocese.

At this stage he was appointed to Vocations and Mission Promotion in Britain from 1975 to 1980.

Back in Korea once more he served in Kuri Parish in Seoul. By now Jerry had been involved in retreat work and had observed that there was an urgent need for a counselling service for priests and religious. This was an enormous undertaking, but Jerry was always an enthusiast and set about his task with his usual energy.

He prepared himself by doing a course in religious spirituality at Regis College, Toronto and some units of Clinical Pastoral Theology at Methuen, USA. He also visited and consulted with several bishops and religious superiors.

On returning to Korea, he established Centre for Spirituality and Counselling, specifically for priests and religious and the Cardinal provided offices in the Archdiocesan Centre. He also served as Spiritual Director of the Initial Formation Programme in Korea up to 2003.

Jerry celebrated his Golden Jubilee in 2004 and by 2007 he had passed his Centre on to a new leadership. He was appointed to the Columban House in Jeju where he served as a gracious host.

An athlete, a yachtsman, a holy man and a pleasant, friendly companion, Jerry showed extraordinary determination and capacity once he decided on a worthwhile project. He returned to Dalgan in recent years and still hoped to go back to Korea, but he died peacefully in the Dalgan Nursing home on 30th December 2022.

The Funeral Mass of Fr Jerry Cotter took placeon 6th January 2023 in Dalgan. It can be viewed here.