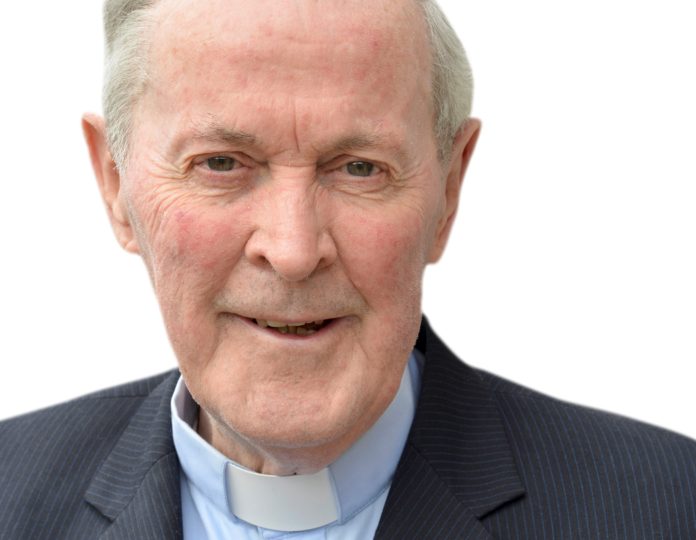 He came to Dalgan in 1949 and was ordained a priest on 21 December 1955. In 1956 he was appointed to do post-graduate studies in Philosophy at Rome’s Gregorian University and completed his highly rated doctoral thesis on aspects of Cardinal Newman’s thought.

After Rome he was appointed to teach at Milton Major Seminary, MA for one year before being assigned to the staff of Turramurra Major Seminary in Hayes Park, Sydney, Australia.

He remained there for the next twelve years and was Rector from 1967 to 1973. In 1974 he was appointed Society Education Officer with residence in Dalgan.

He attended the 1976 General Chapter in Baguio, Philippines as a delegate from the Region of Ireland and was elected to the Superior General’s Council. He served in this role until the following Chapter, held in Lima in 1982. There he was re-elected as Vicar General to the incoming Superior General and served a further six years.

In 1988, John was appointed Manager of the Society Office in Hong Kong. During this period, he also spent ten years promoting the work of AITECE, an organisation that placed Catholic laypersons as teachers of English and other subjects in Chinese universities. At one time there were sixty such teachers under his care.

In 1998 he was assigned to pastoral work with the English-speaking community in Hong Kong. He derived great satisfaction from this work until 2016 when failing health forced him to return to Ireland.

In the past three years he was an active member of the community until earlier this year. He died peacefully on 14th June 2019.

John had a brilliant mind, great wisdom and organizational ability, and an extraordinary capacity for work. He had a fund of stories from his various assignments which he related with humour and skill. He placed all of his exceptional talents at the service of the Society: he will be greatly missed.