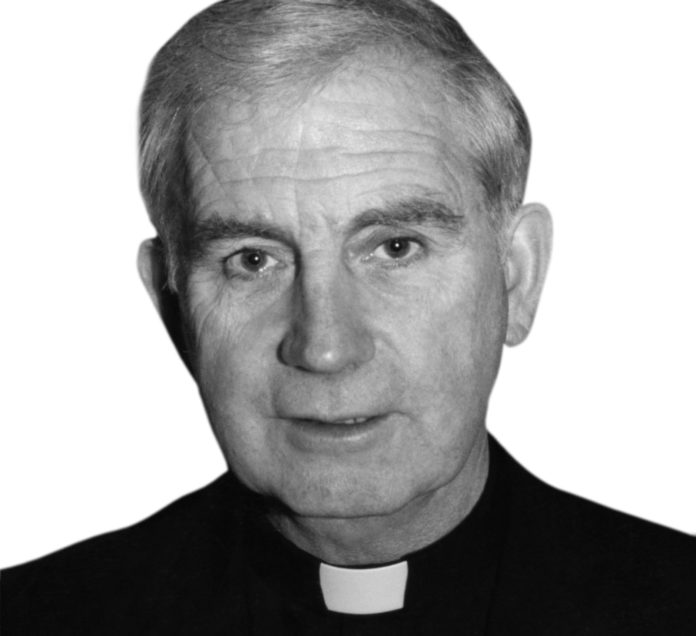 Fr Joe Dolan was born in Aughnasheelan, Co Leitrim on 18 January 1935. He attended Drumbibe N.S. and St Patrick’s College, Cavan before coming to Dalgan in 1953.

His reputation as a gifted footballer was enhanced during his student years but, as ever, he hid his talent behind a quiet and gentle manner outside the field of play.

Joe was ordained on 21 December 1959 and assigned to Korea where the scars of the war years were still visible. After language studies he began his ministry in the southern diocese of Kwangju . He worked on Cheju island and in Hampyong and Mokpo before becoming pastor of Poulkyo parish in 1963.

The pattern life in those days was all about recovery and rebuilding. It still involved distributing relief supplies to an impoverished population while taking care of a parish centre and any number of chapels in the surrounding villages.

Adult catechumens were the focus of a lot of effort and education and became the foundation for self-sustaining communities in the area.

After home leave in 1966 Joe spent four years on the promotion team in England and Scotland before returning to Hampyeong in Kwangju and later in Sorokdo, a leper colony, and Jangheung parish.

He used his sabbatical in 1982 to study Scripture in Rome before returning to Korea for another ten years in Cheju and Chollanamdo.

His final appointment was just two years in Kuri parish in Seoul before again being assigned to promotion, this time in Ireland.

He was able to engage in parish work in Ireland for a few years and act a chaplain to the Columban Sisters in Wicklow before heading for Britain again for more promotion work.

Joe retired to Ireland in ill health in 2006 but continued to make a difference to many lives by his gentle and supportive presence.

Joe was blessed by the company of his brothers, Fr Leo and Br Tony as well as other family members during his last days. He died peacefully in Dalgan on 7th July 2019.