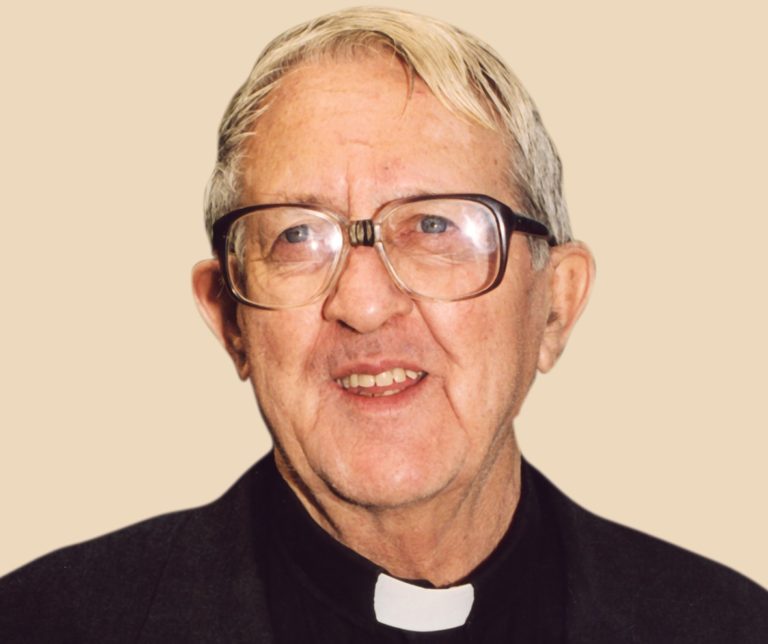 Fr Lawrence (Leo) Clarke was born on 12 January 1929 in Delvin, Co Westmeath. He was educated in Ballinvalley NS and St Finian’s College, Mullingar.

Leo was appointed to Korea where he would spend the next twenty-four years in northern province of Kangwondo.

He worked in the parishes of Sokcho, Mukho and Kangnung and started a new parish in Ulgin while they were part of the diocese of Chunchon.

When Wonju diocese was established in the southern part of the province he ministered in Samchok and Haksongdong in Wonju city.

There he played an important leadership role especially when he served as Vicar General during the period when Bishop Daniel Tji was jailed for protesting the actions of the dictatorial government of the time.

This cost him Leo his re-entry visa to Korea, so he had to take up an appointment in Ireland in 1979. Those who worked with him in those years were ever grateful for his calmness and composure in tense situations.

In Ireland he spent the following seven years promoting vocations and mission awareness in two different dioceses each year.

In 1986 he volunteered for the new mission to Belize off the eastern coast of Central America. Conditions there were very different to what he had experienced in Korea, and Leo spent ten happy years there until 1996.

There followed one year in Jamaica before both it and Belize were closed as Columban missions due to lack of personnel.

In 1999, Leo returned to Ireland and to St Columban’s Retirement Home. Leo was a very active missionary with a pleasant, easy-going personality.

During the early years back in Dalgan he was still quite active until his illness became more debilitating.

Communication became ever more difficult for him but up to the end he could call people by their names and be happy to see them. Leo died on 30 January 2019.