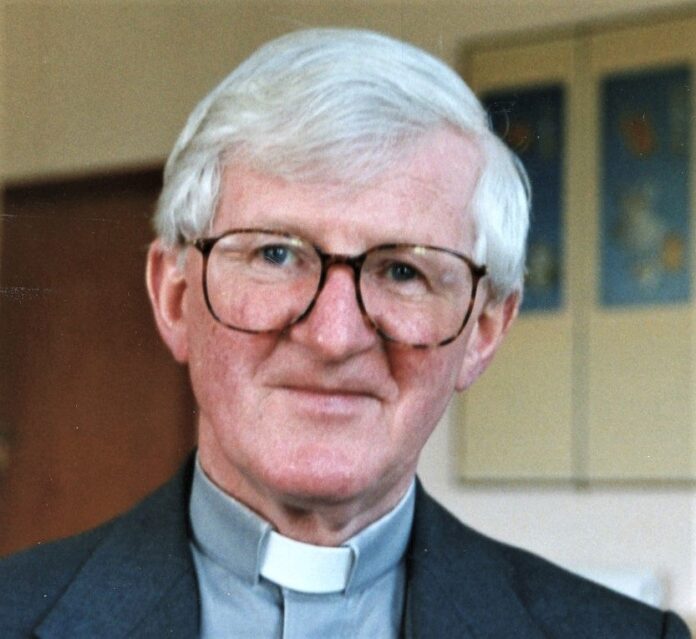 Patrick (‘Paddy’) Clarke was born in Dublin on 22nd March 1931. He was educated at Synge Street CBS and Belvedere College and came to Dalgan in 1948. He was ordained priest on 21st December 1954.

In 1955, Paddy was appointed to post-graduate studies in Sociology at Fordham University, New York, USA, and in 1957 was appointed to Japan. He served in Japan until 1989, with the exception of two years when he worked on Mission Awareness/Vocations in the Region of Ireland. His assignments in Japan included Katase, Fujisawa City, Toshima Parish, Tokyo, and Narita.

In 1989, after spending six months studying Spirituality in Rome, he was appointed back to Ireland. He served for eleven years as assistant in the Parish of St Jude, Templeogue, Dublin.

Paddy was a man of wide interests, and also a poet. Some of his poems were published in magazines like Spirituality, Reality and Review for Religious. He published a collection of his mother’s poems and his own, for private circulation, under the title, ‘Poems and Prayers’.

A quiet and private person, with a wry sense of humour, Paddy suggested that the following should be included in his obituary: “When asked after his retirement ‘what do you do?’, his reply was, ‘Nothing and I do it very well!’

Another favourite of his when asked ‘How are you?’, was to reply, “I am still breathing!”

May he continue to breathe in his new home and find interesting things to do, which don’t tire him too much!” Amen.

Paddy died in the Dalgan Retirement Home on 26 April 2022.