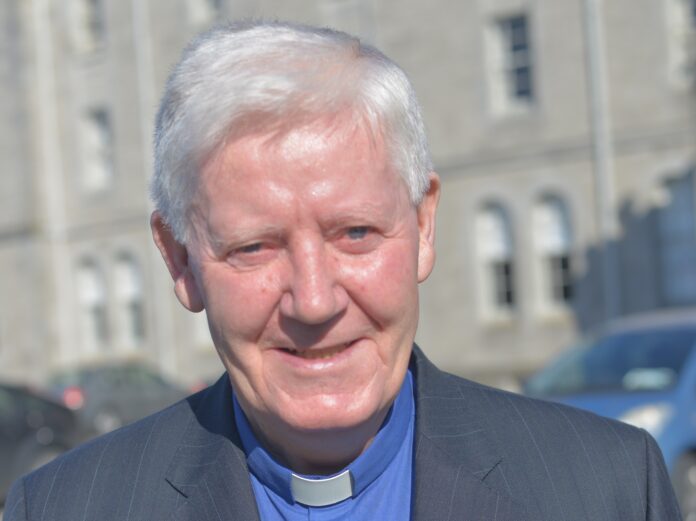 Seamus Egan was born in Ballybrehony, Claremorris on 2 February 1943. Educated at Ballybrehony NS and St Colman’s College, Claremorris, he came to St Columban’s, Navan in September 1960. He was ordained priest on 21st December 1966.

In 1967 he was appointed to Chile as his older brother Pat had been seven years previously. After language studies, he was appointed to San Luis Parish. Due to his talent for group process, in 1976 he spent two years in Worcester, MA, USA, studying Clinical Pastoral Education and graduated as an accredited supervisor.

On his return to Chile, he spent four years supervising the First Missionary Assignment of two groups of Columban seminarians.

During that same period he was also assigned to work with two other priests with a group of fifteen lay-led chapel communities, known as Diaconias. The role of the priests was focused on formation and lay empowerment.

Towards the end of this time Seamus suffered the first of a series of periods of ill-health. As part of his recuperation, he returned to Ireland and spent some time in Dublin’s Balcurris Parish.

Returning to Santiago, he worked in Maria Missionera Parish in Renca, and Corazon de Maria Parish in Valparaiso. Ill-health forced him to return to Ireland in 1997.

Seamus was known as an intelligent man with a searching mind, extremely insightful, sensitive and a good judge of character.

Over his years in Dalgan and more recently in the Nursing Home, we remember Seamus as a gentle, conscientious priest, a good listener, a quiet unassuming person who bore his illness with extraordinary patience. Seamus died on the morning of 21st October 2021.