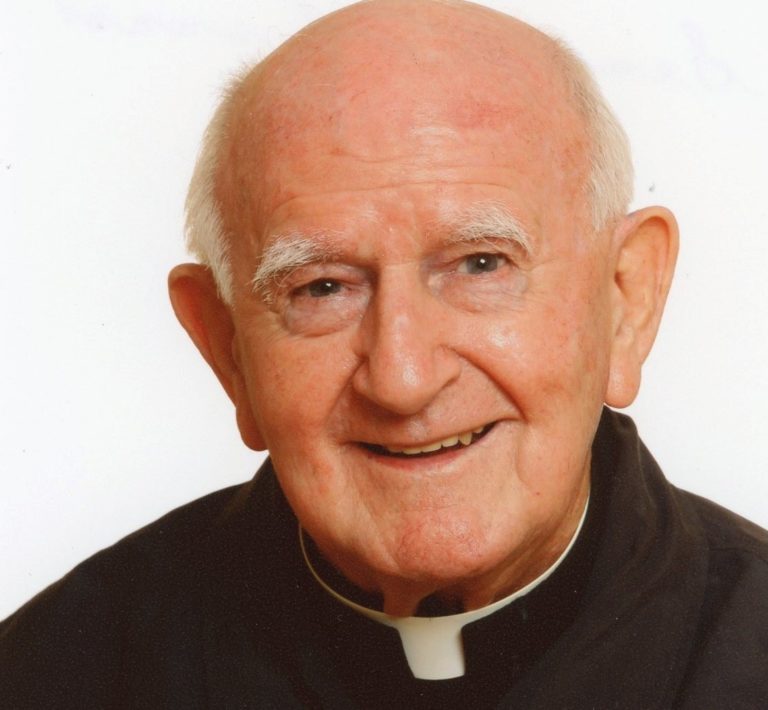 Seamus O’Connor was born in Tullamore on the 25 February1926. He was educated in St Brigid’s NS and St Finian’s, Mullingar and joined the Columbans in Navan in 1944.

He was ordained on 21 December 1950 and was part of the first Columban group assigned to Fiji. He spent his first term on mission in the area of Varoka, Ba and then in Samabula until 1961.

He became pastor of Varoka, Ba in that year and worked there until he was appointed as chaplain to Overseas Students in Australia in 1966.

By 1967 he was able to begin the school year with a Welcome to Australia function for 33 newly arrived Asian and African students at the Oversea Students Centre in Fitzroy. It was a tribute to his ministry that the friendships begun in those years lasted all his life.

In 1986 he was appointed for four years to the staff of the Columban training programme in Ireland after which he returned to Peru to help develop a new program for Peruvians who wished to go on mission as Columbans.

After ten years in this role he returned to Ireland and worked in the Society headquarters in Donaghmede, Dublin. In June 2002 he was able to accept an invitation from friends in Fiji and Australia to visit and mark 50 years of Columban mission in Fiji, enjoying the opportunity to renew acquaintance with old friends, one of whom was his former catechist whom he had not seen in 35 years.

Returning to his home parish of Tullamore after many years, he continued to work in the parish and as a chaplain in the Regional Hospital.

Never afraid to face a new challenge he battled for years with the Internet to keep in touch with colleagues and friends on several continents. That continued even when his health forced him to enter the Nursing Home in Dalgan but eventually he lost the ability to communicate entirely.

Seamus lived on to be the oldest Columban in Ireland at 94 years when he died on 29 March 2020 after a full and generous missionary life.

The funeral service of Fr Seamus O’Connor took place in the College chapel in Dalgan Park, Navan, Co Meath on 31st March 2020. This video is for his family, friends and fellow Columbans who were unable to attend due to the Covid-19 pandemic.