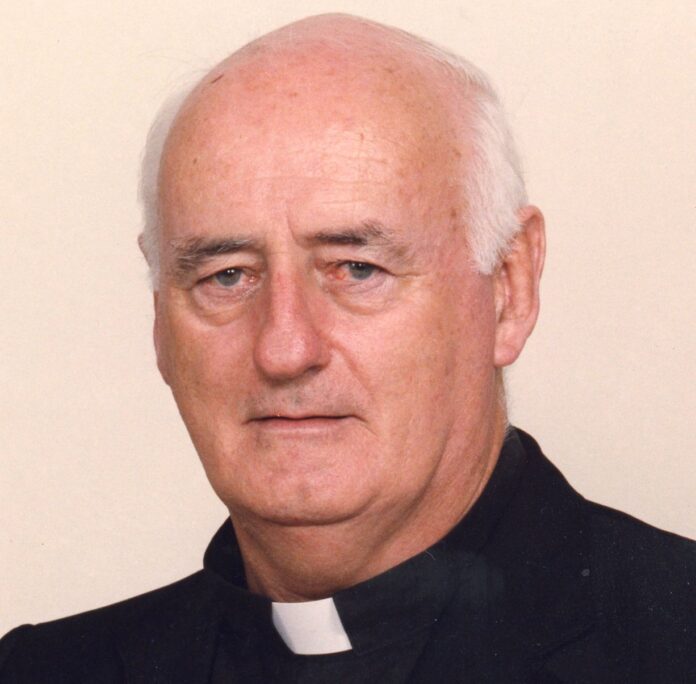 Fr Sean Brazil was born in Dublin on 14 January 1932. He attended the Christian Brothers in Synge Street, Dublin before joining the Columbans in Dalgan in 1948. Ordained there in December 1954, he went to Korea in 1955.

Sean was a man who liked a challenge and was ready to test his limits in any assignment. That was true of his days in athletics with Donore Harriers, on the golf course and in every ministry he undertook.

His ministry in mission began as an assistant in one of the oldest Columban parishes in the southwest Korean coastal town of Mokpo. Within two years he had ventured sixty miles further out into the Yellow Sea as the first pastor of Huksan island.

Two years later incipient TB hospitalised him on the mainland but he recovered and was reassigned to the parish of Pius X in Mokpo City for years until his home vacation to Ireland.

On his return to Korea he was first assigned to the Leper Colony of Sorokto for a short period before he was transferred back to his starting point, but this time as the pastor of Holy Cross parish Mokpo. He was there from 1964-1970.

After his next vacation in Ireland he was assigned to Seoul Diocese to minister and serve people migrating from rural areas. He started a new parish in the area of Sangbong Dong with about 1,200 Catholics. He later began a second parish in Chang Dong. Both parishes started on an empty building site, with just a tent under which to offer Masses. These parishes grew very quickly and indeed both of them soon became four parishes.

Whatever about the hard work involved, Sean wouldn’t want it forgotten that at this time he won the 1974 American Express Pro-Am with a Taiwan professional.

Back from his next vacation in Ireland he was asked to go to the diocese of Suwon where he served in the city of Sung-Nam from 1978 to 1982. At that time there were two parishes in the city with a Catholic population of about 6,000.

In fifteen years it had grown into five parishes with a Catholic population of 32,000. It was at the end of that four-year term Sean was given the job of Office Manager in the Far East Office in Ireland and a chance to put his organisational skills to work in a new setting.

He also brought those skills to his role as captain of Royal Tara Golf Club when they were extending the course.

In 1990 he was hoping to get back to Korea when he was asked to go to California instead to take over the Korean Ministry in the Diocese of Orange. In twenty years, the dream of having one Mass in Korean in the whole diocese became twelve Masses offered in Korean each Sunday.

Sean returned to Ireland in May 2002 but only after he tried learning enough Spanish to conduct mission appeals in local parishes.

Gradually ill health took its toll on Sean but, as we had come to expect, he kept active to the very end and died peacefully in the Nursing home in Dalgan on 8th October 2021. May God reward him for his generous life of service to others.