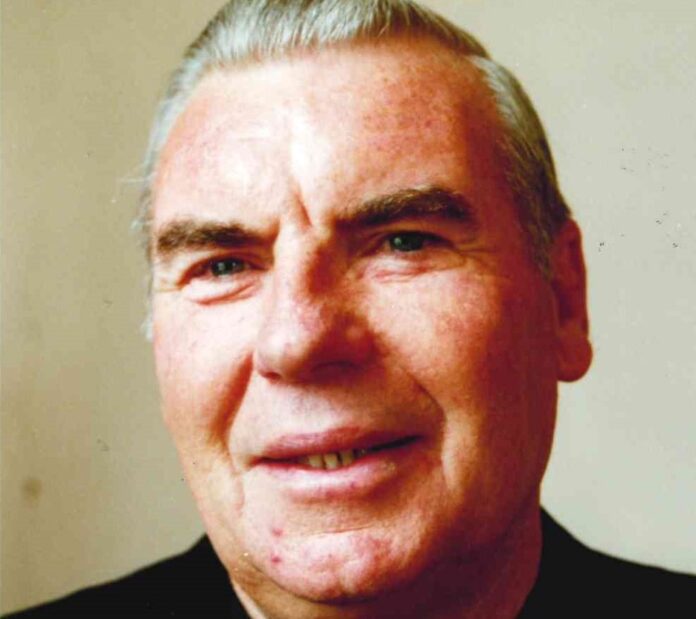 He came to Dalgan in 1952 and after Probation Year and Philosophy studies, he was sent with two others to our seminary in Boston, MA as an exchange student for his first three years of Theology. He was ordained in Dalgan on 21st December 1958.

Sean was appointed to Japan in 1959 and after language school studies in Tokyo his early appointments were to Kamakura in Yokohama Diocese, Kumamoto and then his first appointment to Sakitsu, both in Fukuoka Diocese.

After his first home vacation he returned to Sakitsu. This was a small, isolated island parish, where French missionaries had ministered for many years before the arrival of the Columbans. It seemed to suit Sean’s quiet, gentle temperament and he ministered there for twelve further years until 1978.

He spent the following twenty years in various parishes in Osaka Diocese, in Imafuku, Wakayama City and Kainan while as also serving as District Superior and District Bursar.

In 2008, after almost fifty years in Japan, he retired to Ireland where he lived in Coalisland and helped in the local parish until his health began to fail. He took up residence in the Dalgan Retirement Home in January 2020 where he died on 8th June 2022.