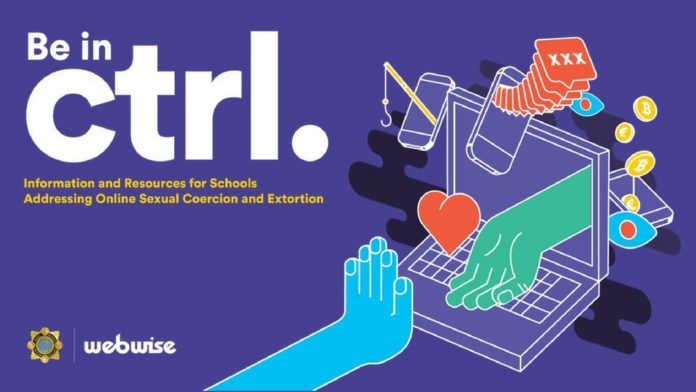 There is a powerful force for good or evil that is present everywhere. You can’t see it, you can’t feel or hear it, yet it is in your home, in the school, the office and almost everywhere.

It is the wi-fi signal that connects anybody and everybody to the internet and to each other by their cell phone or computer. It is a wonderful technology to enrich the world, educate people and bring them together.

It is more powerful and penetrating that any other kind of communication that came before: telegraph, newsprint, radio, television. It is the silent presence that can be used to enhance our lives or damage and even destroy life.

The internet can also be abused to commit crimes and child abuse and spread propaganda and promote evil. The most vulnerable of all are children and young people who by their nature are in a state of intense curiosity and emotional discovery as they are learning to relate to their society and people in it.

They strive to understand their feelings and thoughts of others and especially what others say and think about them. They are easily influenced and constantly adjust to follow the ever-changing fads and fashions of their youthful environment and are eager to make friends and develop relationships.

To enable this, the internet is awash with social networks designed and promoted to do just that – connect people together such as Facebook, WhatsApp, WeChat, Qzone, Tumblr, Instagram and Twitter to name a few. These networks are a great and wonderful way to communicate quickly and share documents and knowledge.

Like all instruments, they can be for good or bad. This is where the dark and evil use of the internet as an instrument of exploitation and abuse must be understood. We have to counter and oppose this misuse.

The criminally minded abuse the social networks to connect with young children and youth to befriend and groom them with false promises, fake persona and false stories. They easily connect and induce them to engage in fake relationships that can lead to encounters that are damaging and dangerous.

Jake was a young man in Utah, USA in 2015. He surfed the net and made contact with a person whom he thought was a new, trustworthy girlfriend. This person asked him for a naked photo of himself and he sent them. What he got in return was blackmail! “Pay me money or I will spread your naked sexy photos all over the internet”, the message read. Jake was shocked, dumfounded and frightened.

He was a victim of sextortion, a growing and deadly crime that can lead to great anguish, suffering, depression and even suicide. The threats and demands for more money became so intense that Jake got a gun and shot himself. A young girl in the UK killed herself after being bullied non-stop online.

The UK Information Commissioner’s Office – the UK’s data privacy regulator- has introduced a breakthrough code of conduct for makers of gadgets and toys. The code has at least 15 standards, like location and data setting that protect the child, which internet service providers (ISPs) must comply with to protect children’s privacy.

All toys, gadgets and products that connect to the Internet must be designed to follow the code which will become law by 2021.

In Scotland, Daniel P. a 17-year old was also a victim of sextortion and in 2013 he too got involved in a video chat on Skype with someone posing as a girlfriend. He was persuaded to expose himself. When the gang threatened to expose the videos, he could not bear it and killed himself by jumping off a bridge.

That gang of blackmailers was traced to the Philippines and with the help of Interpol and Scottish police, Philippine authorities tracked down the gang and arrested them.

Thousands of victims suffer this vile and cruel crime and they are victimized because of lack of understanding of the dangers and what can happen if they ever expose themselves. Difficult as it may be, a close trusting relationship of parents and concerned relatives and true friends is essential to get young people to accept advice and be safe online.

They must be open, frank and honest in discussing the dangers of the internet with young people and advising them of support and help when they are unsure about any relationship they make online.

The most common form of abuse of young people is bullying over the internet on social networks. Constant bullying and insulting by peers or classmates can cause young people to get depressed, drop out of school, and commit self-harm.

An even greater danger for children is the exposure to “accidental” pornography, sent to children on their smart phones or computers by boys or girls or paedophiles that use it to condition young people and children before they approach them to propose a relationship, groom and seduce them.

One notorious use of seductive child pornography was on White Beach in Mindoro, Philippines, one of many corrupt havens for sex tourists. Foreign paedophiles lured children to enter their beach huts and showed them child pornographic videos and gave them money to do the same with them. It still goes on where sex tourism is encouraged with the permits issued by the local governments.

Surveillance and law enforcement is improving. There is more reporting of sexual abuse and pornography seizures from locals and foreigners as police receive more rigorous training to overcome the culture of inferiority in challenging suspect foreigners seen with minors.

What is needed in the Philippines is the implementation of the anti-child pornography law whereby the Philippine ISPs are ordered by law to install the blocking software on their servers. But they don’t, and child pornography and cybersex thrives. How do they get away with it? The National Telecommunications Commission (NTC) is mandated to survey, investigate, monitor and enforce the laws regarding all telecommuting activities in the Philippines. But, do they?