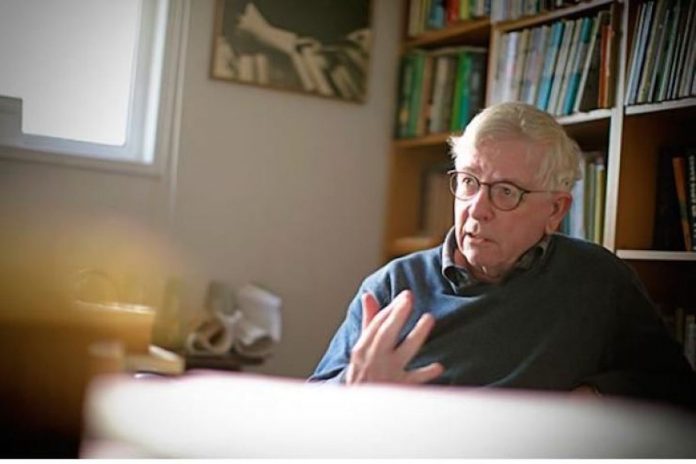 Fr Kevin died on 23 October aged 81 and his funeral was held on 26 October at the Missionary Society of St Columban house in Seoul.

Born in Cavan in 1939, he was ordained priest in 1963. He went to South Korea in 1964 and served as assistant pastor at Soyangro Church in Chuncheon, Gangwon Province.

Fr Kevin later taught at Kyung Hee University from 1977 to 2005. He was the first non Korean to receive a doctorate in Korean literature from Yonsei University in 1982.

He also translated Korean traditional literary works such as song lyrics and poems from the Goryeo and Joseon eras.

In 1989 he won the Korean National Literature Prize for his translations of Korean poetry and was granted an honorary South Korean citizenship in 2007.

He also won the presidential citation for services to the Korean language and literature from the then President Lee Myung-bak in 2009.

Fr Kevin was declared winner of the Daesan Literary Award in translation in 2017 and an achievement award from Lotte’s first publication culture award.

The Irish Embassy named a library at the embassy after him in 2010.

He is part of a tiny but renowned Irish group of Asian scholars, including Dublin-raised Lafcadio Hearn (1850-1904) and Co Mayo-born Eileen Kato.

In an interview with The Korea Times in 2014, Fr Kevin recalled that South Korea in the 1960s was full of “human heart.”

He said that back then, “we used to tell a policeman on a one-way street that ‘This is the only way I know to get home. Can you help me?’ And he would stop the traffic and send you up.”