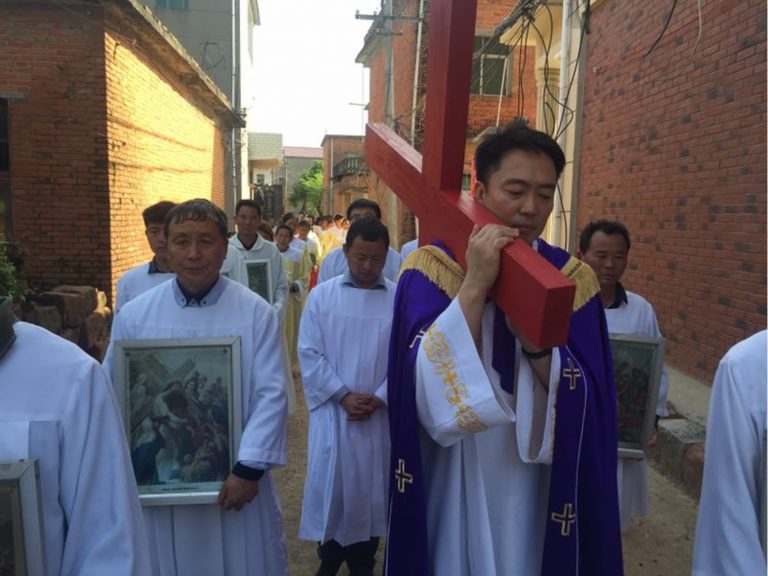 Fr John Boles speaks to a young Columban who shares words of hope from an unexpected place.

Wuhan! A name now notorious as the probable source of the Covid-19 coronavirus pandemic.

But, for Catholics and especially Columbans, Wuhan means GOOD NEWS. It is where the Columban missionary endeavour began, over one hundred years ago as the ‘Maynooth Mission to China’. Thanks to the early work of the Columban Fathers and missionaries like them, it is where Christianity still thrives, in spite of war, revolution and disease. 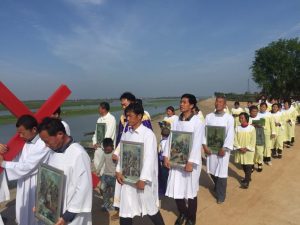 The ‘Spirit of Wuhan’ continues to inspire young men to join us, and to give renewed purpose to their vocation.

One such man is Fr Taemoon Kwon from Seoul in South Korea. Ordained a Columban missionary priest in 2010, five years later he was delighted to be appointed not only to China, but specifically to Wuhan, where it had all begun for the Columbans. 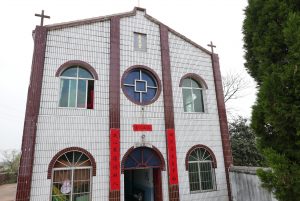 Taemoon was asked to work mainly in the city itself, giving retreats and spiritual direction to Chinese nuns, priests and seminarians. However, it was in the nearby countryside where he underwent his most revealing experience, something that was to transform his attitude, not only to China and the Chinese, but also to his own faith and to the person of Jesus.

“In 2018 I got a phone call from the pastor of a rural parish, a good friend of mine, inviting me to spend Holy Week with him,” Taemoon recalls. “I was curious to see how the Catholic Church in China celebrates Holy Week, so I felt happy to accept his kind invitation.” 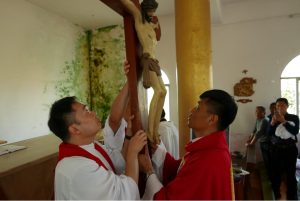 The village in question was typical of rural settlements in the Yangtze Valley of central China, surrounded by arable fields and bordered by water. “I fell in love with the scene”, says Taemoon, especially as the lake was, “surrounded by bright yellow flowers called rapeseed”. Indeed, as well as farming, many of the inhabitants were fishermen on the lake, “just like Jesus’s disciples living in Galilee”. 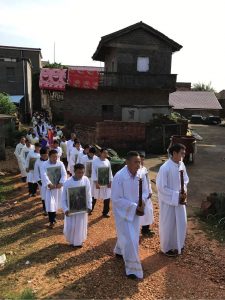 About one in ten of the people were Catholic, the rest being mainly Buddhist or atheist. One thing which struck Taemoon, “was to see the portrait of Mao Zedong hanging on the wall in the centre of every house”, irrespective of religion. (An enduring image was that of Mao’s portrait juxtaposed with an image of the crucifixion or of Our Lady – quite a novel sight to foreign eyes!) 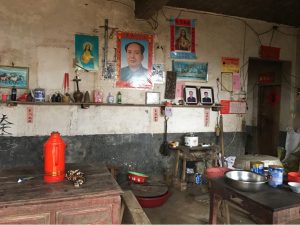 In the light of the foregoing, he was quite unprepared for what unfolded on Good Friday. First, the solemn piety of the procession impressed him. The Way of the Cross left the confines of the church and wound its way round the village. It was led by an assistant with incense and two others with candles, followed by fourteen of the faithful bearing the Stations and the priest with the cross. The rest of the worshippers came after, in perfect order and singing hymns. “I found this procession so beautiful. I really loved it and felt touched.” 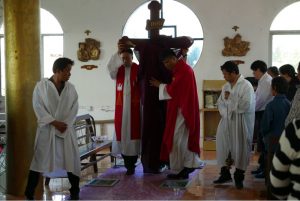 The climax was the Adoration of the Cross back at the church. This cross was life-sized. Taemoon and the parish priest began proceedings conventionally enough by kissing the feet of Jesus. What followed first shocked and then moved Taemoon. When it was the people’s turn, they came forward and with great emotion fell upon the cross, where, “they kissed not only Jesus’s feet, but also his ankle, waist, shoulders and even his face”.

He was amazed. Chinese are not supposed to behave like this! They are normally so restrained. 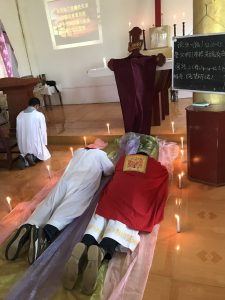 Subsequently, reflecting on this remarkable incident, Taemoon realised that it was having a profound effect on his spiritual outlook. If a people normally so self-contained could give vent to such an outpouring of sympathy for the crucified Saviour, how strong must be this idea of a Jesus not just suffering for us but suffering with us. A vulnerable Jesus, defenceless as a baby, pleading for our help, our care, our love. A Jesus representing all of us, when we are in danger and in need of support and compassion……like in times of a pandemic.

“If that love which each person has in their heart could be expressed in action to all who are in need,” Taemoon concluded, “then this love could save us all and Jesus could complete his mission of the cross”, which of course, came soon after with the Resurrection.

“We are all in the same boat. I pray that this experience of powerlessness and helplessness, like the image of the crucified Christ, will help us to see what we need to do to build a better world.”

Funny, isn’t it, how a young Columban could find inspiration in a place that has such a bad name. In spite of everything that has happened there since, it really was… Good News from Wuhan!

Fr Taemoon Johan Kwon SSC was on mission in China from 2015 to 2018. He is currently helping train other young men to be Columban priests in our seminary in Manila, Philippines.
Fr John Boles SSC is from England and works in Peru. He visited Wuhan in 2018.