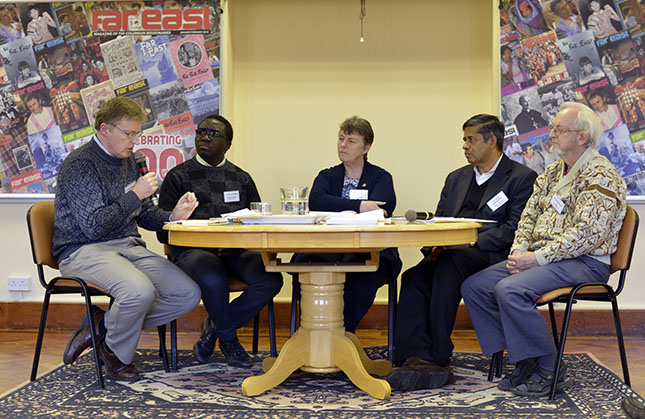 The mission colloquium which took place at Dalgan Park last week has been hailed by the Columban Superior General for bringing together missionaries from different parts of the world and different missionary congregations to celebrate missionary life and to contemplate the future challenges for the missionary movement.

Speaking after the two-day colloquium had concluded, Fr Kevin O’Neill said it was inspiring to see that the various congregations were all on the same page, dealing with the same issues.

Organised by the Missionary Society of St Columban as part of its centenary celebrations, the international colloquium brought together international leaders and practitioners of mission from the global church including seven superior generals and two vicar generals from nine international missionary societies.

Fr O’Neill expressed satisfaction that the “important missionary issues of ecology, needing to have an ecological conversion, climate change and biodiversity,” as well as working for the rights of migrants, refugees and asylum seekers, and creating spaces in society and in the church for those whose voices aren’t being heard, particularly women, the youth and those on the margins of society, had been explored.

“It is time for us to do things together, not to do things alone; I think that is where the movement is – we need to come together to be able to provide hope and courage – peace and justice – and to build communities of love around the world,” the Australian missionary said.

“Diversity doesn’t mean deficiency – diversity means energy and life. It is unity in diversity not unity in uniformity.” 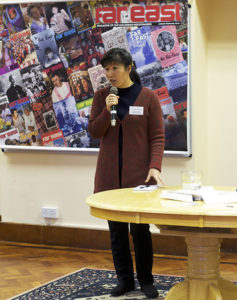 “We are moving from a more multicultural sense of what it is to be community to an intercultural sense, where we come together and dialogue with each other.”

The Superior General of the Columban Sisters, Sr Susanna Choi, described the colloquium as “very energising”.

Elected to the role last summer, the Korean had been serving in Myanmar prior to her appointment. She is now based in Magheramore, Co Wicklow.

She was particularly pleased that the colloquium sought to tackle the issue of women’s empowerment as many of the Columban Sisters are working to enhance the lives of disadvantaged women in the countries where they are based.

In Sr Susanna’s opinion, a missionary must always question their own motives asking themselves, “What am I really working for – is it my mission or Christ’s mission?”

She was pleased to see the issue of interculturality addressed by the colloquium as she felt that this was very much to the fore in her experience in Myanmar, where on 1 March 2003, “five of us went to Myanmar – the first community to go back to Myanmar after all the missionaries were expelled in 1966 by the military government.”

“Fifteen years ago, there were two Irish Sisters, both of whom had been based in Korea before they went to Myanmar, two Filipina Sisters, one of whom had worked in China, and me.”

“It was a hard situation. We were in a rural area in Kachin state with no electricity, no phone and no means to communicate with the outside world. There were no other missionaries. We went through a time of struggle but we had a great bonding and were a great support to one another. It was a time of great transformation for us and we discovered Jesus among us – we all became very joyful women religious.”

Sr Nonie Gutzler, President of the Maryknoll Sisters, told delegates attending the colloquium, that missionaries “have come to see that Evangelisation is a process of the dialogue of life and that it is a mutual process”.

Instead of the previous concept of being sent and having people receive what was sent, “all of a sudden we were able to give legitimacy to how we were being changed in this process of encountering God in the various cultures in the various places.” 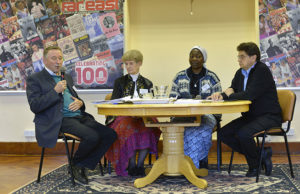 “That brought lots of questions as the whole God question opened up and as we became more touched by how God is working in various ways through various people.”

According to Fr Kevin O’Neill, “to be on mission is to be very close with the people of God”.

“I think it is wonderful that we’ve been able to celebrate this colloquium in our centenary year.  What has come up in this colloquium is that when we go back into history, we can learn so much. There are things we need to do today that have been done in the past – we need to recall the good seeds that are there in our history. A colloquium like this is an energising time and a time to know that God’s mission is here for us to participate in – it’s God’s mission; it will always be here and we need to share in that together.”

A report on this colloquium is published here by www.catholicireland.net