Home News Latest news from the Columban Centre in Dublin 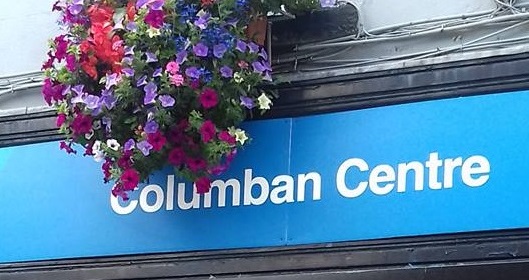 It’s hard to believe but it is now over five years since the Columban Centre project took off the ground. Columban Sisters Monica Kelly and Lucia So had kept the Columban presence alive in the city in their Pilgrim Space centre.

When a more suitable on street premises become available, Columban Missionaries co-workers Claire Carey and Michael O’Sullivan joined them to start a collaborative outreach based on shared Columban values. Since then the collaboration has broadened to include lay missionaries and other co-workers. 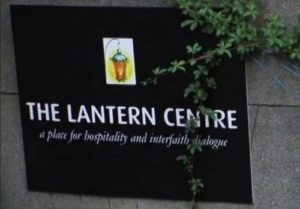 Building Connections
As our presence has become established in the city we have built up strong connections with like-minded groups in the city. The Lantern Intercultural Centre situated in Synge Street Dublin, was established by the Christian Brothers as a place of hospitality to promote intercultural and interfaith dialogue.

Claire has been involved for some years as a board member and recently was asked to take over as chairperson. Based in the south inner city their work complements what we do here on the other side of the Liffey and Claire’s involvement allows for fruitful cooperation. 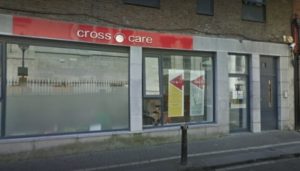 Over the years we have worked with Crosscare, the Social Support Agency of the Catholic Archdiocese of Dublin. Having a presence on the street, we often need their support with vulnerable people seeking help that we cannot provide.

Recently we were delighted that our new colleague Gabrielle Jin was able to offer support to them in their work with Chinese speakers.

Chinese Outreach
As mentioned we were pleased to welcome on board Gabrielle Jin who is supported by the Columban Missionaries to work with the growing Chinese Catholic community. 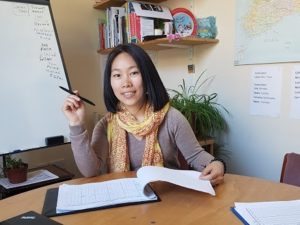 Gabrielle’s work moves between Maynooth, Westland Row Parish where the Chinese community worship and now the centre here in Store Street. Through the work of Sr Lucia So we have already made many connections to the wider Chinese community and we can now look forward to a fruitful collaboration.

The north inner city of Dublin is a place where many migrant communities are found, and where many members of those communities work to make the city a better, fairer and more diverse place. A faith-based organisation Aids Care Education and Training organised a get together of faith leaders from different traditions which has now formed as the North Inner City Faith Leaders Group. 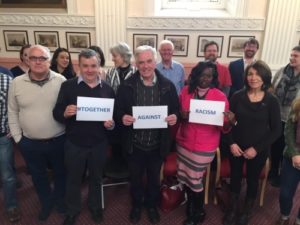 Michael and Sr Monica represent the Centre on this group.

Monica’s experience as a long-time resident in the inner city is particularly valuable.

At a recent meeting a number of speakers addressed the group, including Fr Peter McVerry and Salome Mbugua of Akidwa, a group representing African women.

English Classes
We had a challenging start to the year as our stalwart teacher Sr Lucia was on a well deserved long break in her home place of Hong Kong. 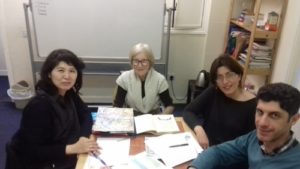 We were delighted however that we had no shortage of committed and talented volunteers to take her place – and replacing her did take more than one!

Another challenge has been that we have had more students with absolutely no English at all. This is in part due to our increased involvement with some refugee reception centres, and partly due to word of mouth that we are a very welcoming and supportive place.

As newcomers to the country our students are often coming from situations of conflict, with little by way of financial resources, and with their legal status uncertain, so their encounters are frequently marked by anxiety.

The experience Sr Monica had with the Pilgrim Space has meant that from the start there has been a priority put on establishing a warm, welcoming and nurturing atmosphere in the centre.

It’s a joy to us all to see our tentative students relax and become confident, friendly and at ease with us and their classmates, who often become friends. 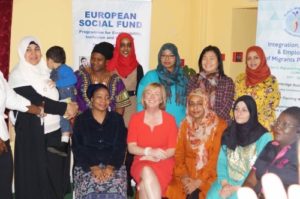 Migrants and Refugees
The work of lay missionary Kyungja Lee in centres such Mosney, Clondalkin and Cultuir in Navan with migrants and asylum seekers has strengthened our links with these groups.

Providentially Kyungja’s arrival to work with us concided with an increase in the number of North Korean asylum seekers coming to Ireland.

Her pastoral, cultural and language skills have proved invaluable in helping them settle into Ireland and Kyungja has also proved an invaluable bridge to the wider Korean migrant community who are settled and working in Dublin. 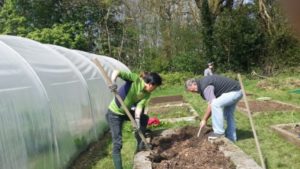 Ecology
We started the year with a welcome visit from our Columban colleague Amy Woolam Echeverria.

As well as her work with the Columbans, Amy is chair of the Global Catholic Climate Movement, and she came to Maynooth for a meeting of their board.

Columbans were well represented by Sean McDonagh and Claire Carey at their open forum meeting. 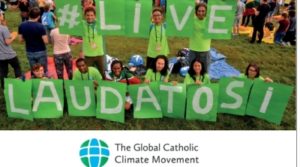 The Future We Need is a small inter congregational group which works on issues related to the sustainable millennium goals. Michael O’Sullivan is our representative on the group, and Columban Sr Teresa O’Connell also works with the group. Their first project this year was a Lenten series of pamphlets on reducing the use of plastic.

Ger Clarke continues his work with schools and local communities. Recently he was delighted to respond to a request from the English Region to collaborate on presenting workshops to local school children from Birmingham.

The new poly tunnel in our eco garden in Dalgan is a great new addition. A lot of hard work goes into maintaining the garden and Ger was delighted to have the help of Kyungja and some of our friends from North Korea who are settling well in to their new life in Ireland.

The National Biodiversity Data Centre and Meath County Council ran a Pollinator day in Dalgan, and all the bumble bees came out to welcome the 30 participants! A survey showed that the estate was a bee friendly environment. 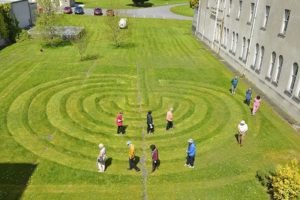 In recent years there has been a rediscovery of an ancient tradition associated with labyrinths. Many medieval cathedrals such as Chartres incorporated labyrinth mosaics which were associated both with the Jerusalem pilgrimage and an inner spiritual journey.

By careful use of a lawn mower Ger created a Labyrinth walk in a quiet area of Dalgan. It provides a welcome meditative space, and on May 5th a group of about twenty people gathered to celebrate World Labyrinth day and learn more about the tradition. 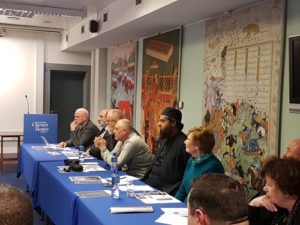 Dublin City Interfaith Forum were delighted to host a visit from the Stavanger Interfaith Group from Norway.

After a visit to the Interfaith Centre in Dublin City University there was a meeting with members of DCIF hosted by the Chester Beatty Library.

Over a couple of hours, we shared common experiences and challenges and learned a lot from each other.

Saturday morning brought a visit to the Islamic Cultural Centre of Ireland, Clonskeagh and a meeting with the Imam Sheikh Hussein Halawa, who is also the general secretary of European Council for Fatwa and Research. This meeting gave an opportunity for a very useful discussion with the Sheikh and other members of the community.

The visit was rounded off on Sunday morning when the group and members of the forum attended a service at the Indian Orthodox Church in the city centre. 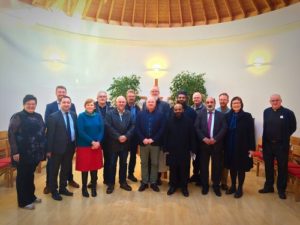 Last year the Dublin City Interfaith Charter was launched. Signed by all our faith community leaders it laid out a challenge to all of us to try to find ways to turn aspirations into realities.

A big step in this direction was taken by Archbishop Michael Jackson, who produced a resource called Five Marks of Interfaith Understanding.

It sets out a simple process whereby local faith communities are invited to pray, reflect and act in ways to promote interfaith understanding.

Witnessing Together
An important part of our work is coming together as faith communities to bear witness to our common values of solidarity and justice. We were very happy to join with members of Castleknock parish in A Walk of Witness in aid of Refugee and Asylum seekers in Greece.

Making Plans
This year is a very important one for the forum. Over the past few years we have managed to achieve much in promoting good interfaith relationships. In order to consolidate this work and to build out into the future the Forum has recently produced a Strategic Plan which covers issues like funding and resources, engagement, communications and strengthening our relationships with our partners like Dublin City Council and others.

Date for your Diary
On June 24th the Measc Festival of Faith and Culture will take place in Merrion Square.