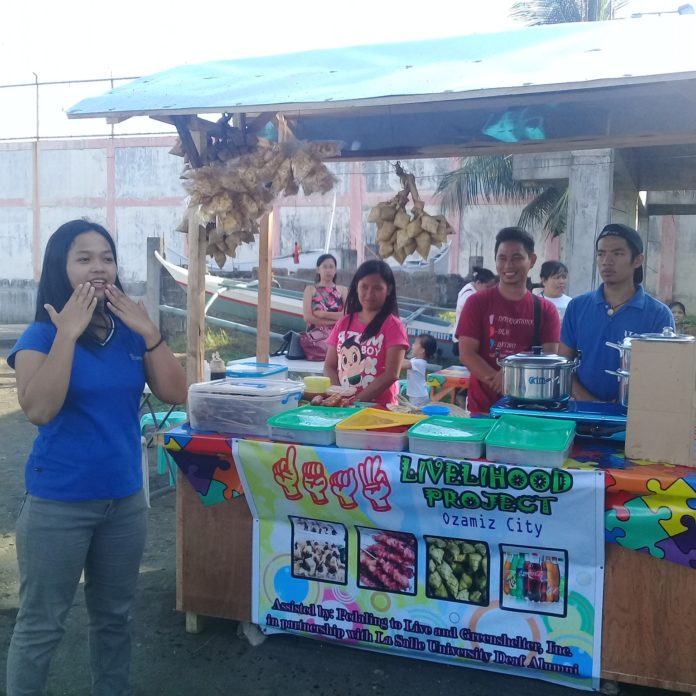 Virgenia Oral-Vidad, Programme Manager with the Pedalling to Live project, which was started by Columban missionary Fr Oliver McCrossan, provides some good news about a number of ventures.

Tricycle new beneficiaries: Recently, the Pedalling to Live and Green Shelter Inc, released two tricycle units to new deserving drivers. Recipients are coming from different barangay of Ozamiz City. The ‘rent to own’ a tricycle unit was able to give a livelihood to tricycle drivers who are not given priority by the government in terms of employment, livelihood and even a descent homes. 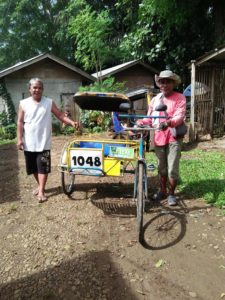 Monthly amortisation is still sixty pesos a day and it is very affordable for them to pay. The returned amount will be deposited to the local cooperative “Ozamiz City People’s Bank”. Portion of their payment will be used for medical assistance of their family if needed and for school supplies every start of the school year and portion of it will be used to buy another tricycle.

The capital was provided to them with the total amount of P25,000 ($714) including the store and utensils but they will pay at least P500 ($14) every week so that the returned money will be used for another livelihood.

On the first day of their business they secured 2,890 sales. Two members of the hearing impaired community started this business, and out of their sales they will get a salary for P200 every day for each employee ($5.71; $1=35). Their business hour will start from 2pm in the afternoon and ends at 9pm in the evening. They sell barbeque, siomai, juice, pourage, banana que, hanging rice (puso, rice wrapped by coconut leaves).

Since 2005, the hearing impaired (deaf) were beneficiaries of the pedalling project in their school supplies and other school fees. To realise their dreams as young professionals to own a small livelihood we started to put up small capital for them. Hopefully, within this year one of the hearing-impaired can avail our housing project because most of them are coming from Zamboanga del Sur and other neighbouring towns. One of the two don’t have family because her father was killed and her mother got married and because the child wants to find a better future she came to Ozamiz to continue her studies until she finished college. 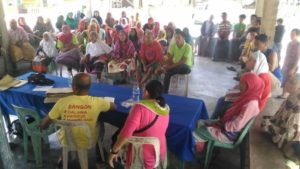 Most of the Columban priests were assigned in Zamboanga del Sur way back 1970s.

In the province of Zamboanga del Sur, particularly in barangay Dipalusan, Ramon Magsasay, Zamboanga del Sur, the Pedalling to Live and Green Shelter Inc was able to introduce organic agriculture. I met a farmer Prescilla Canas who shared her life as a farmer.

In her old practice as a farmer, she is practicing chemical farming for an area of more than 2 hectares of rice field. She usually spent for more than Fifty thousand pesos of farm inputs such as fertilizers, pesticides and other scientific farm inputs and she only harvest 20 sacks of rice grains. She told us that with the chemical farming it adds their debt and gave them burden especially the money they borrowed used for their farm inputs had an interest every month.

With a very small harvest she was not able to pay their debt from the cooperative and other lending institutions. Her farm is not irrigated and she is just relying on the water during rainy days or using water pump to get water from the river.  All of her neighbouring farmers relied on the same water source. This is difficult for them is they also rely on the debt on farm inputs. 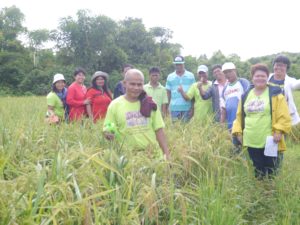 During our orientation of organic agriculture, Prescilla attended and she decided to shift from chemical farming to organic agriculture. With her new farm technology, she was happy during harvest because she was able to harvest more than one hundred bags of rice and able to sell directly to the consumer.

One of the main goal of introducing organic agriculture is to avoid using chemicals that is very harmful to people and contributes destruction of our mother earth and to provide food security to consumers.

With the help of our volunteer Teodulo Badillo, an organic practitioner for more than 15 years, we were able to reach out many farmers in the rural areas. 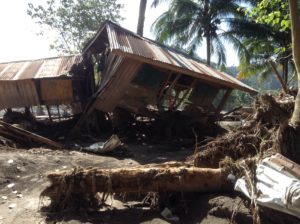 After four months I, together with the group of volunteers went back to Pansur, Salvador Lanao del Norte for the chicken dispersal as their livelihood after typhoon hits in the area. Together with the barangay officials, they group themselves into two clusters for one barangay compose of 15 families in every cluster. The initiative was created for proper monitoring and to develop a sense of responsibility to each member. 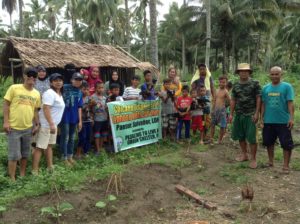 Each family will receive 2 chickens as soon as they produced young chicken after a couple of months and the group also will share the total income in the future. Each group will arrange in feeding the chicken to avoid conflict with the close supervision of the barangay officials. I observed that in Pansur, they were given already houses by the Local Government Unit but their means of living is still weak because their farms are really affected by the typhoon. Farmlands are full of sand and big boulders which they find difficult in cultivating for their corn and vegetables.

Children are struggled especially those who have lost their parents. This coming school year June 2018 we are planning to give school supplies to the children. 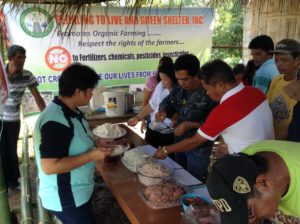 Barangay Dalama: In Barangay Dalama, Tubod, Lanao del Norte, has a different struggle compare to Pansur because as of now Dalama survivors are still in their tents and some stayed in barangay hall.  Most of the children got sick, high fever, diarrhoea. They are still waiting for the Local Government Unit for the relocation schedule although they already have woods but still they don’t have other housing materials. I have seen the need of their houses especially those children who have lost their parents who are now staying temporarily to their uncle and grandparents.

They cannot start their normal life until they will be given proper houses. The school year is approaching and these children survivors still need for their school supplies and uniforms. There are few children totally lost their families whom I think they really need a house before the school year starts.