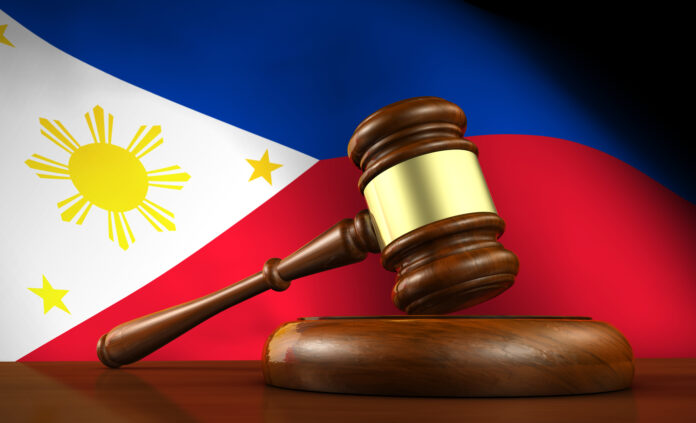 The Philippines has one of the lowest age of consent anywhere in the world. That is now about to change as women members of the Philippine Congress drive for change, writes Fr Shay Cullen SSC.

Jennifer (not her real name) was only 12 years old when an adult neighbour, a man 37 years old in a small town raped her. He convinced her that he loved her. She was frightened and warned not to complain or tell anyone otherwise bad things would happen to her and to her mother.

Jennifer became a child sex slave of the 37-year old man. His friends raped her, too. The child was traumatized and brain-washed with fear and told no one.

After four years of fear, stress, pain and trauma, she broke down and told her mother of her years of sex slavery to the men. The mother immediately filed criminal charges and asked Preda Foundation to protect and help her child.

Jennifer has now been rescued by the Preda social workers and is safe from the abuser’s threats. From many similar cases as that of Jennifer, we learn of the suffering and fear of these abused children.

In the Preda homes, they receive free of charge a quality life in community and get healing, therapy, education and legal assistance. We learn how they have been forced, pressured, brain-washed and seduced by adults into being sexually exploited.

When the Congress passes the new bill making 16 the age of consent, such acts by the 37-year old man will be statutory rape. At present, it will have to be proven in a court of law that Jennifer had been forced with either violence, intimidation, deceit, monetary consideration or overwhelming fear into participating in the sex acts. Otherwise, the abuser could claim under the present law that Jennifer had consented, and he would get away with it as many have.

The Philippine law that sets the age of sexual consent at twelve years of age was made by congressmen and almost no women. It favours the predatory male. It is a disgraceful and shameful law.

The Philippines has one of the lowest age of consent anywhere in the world. That is now about to change as women members of the Philippine Congress are driving for change. The rare conviction of Congressman Romeo Jalosjos on 12 December 1997 for sexually abusing an 11-year-old child saw child sex abuse even in the Congress. It set the call to change the law on the age of consent.

The ruling elite protect their own, it seems, but in this case of Jalosjos, public opinion and the Supreme Court ruled in favour of conviction, Jalosjos’s appeal failed. He got two life sentences for two counts of statutory rape and six counts of acts of lasciviousness.

But that was commuted to 16 years by executive order of then President Arroyo and he walked out of prison in 2009. Since his conviction, it has taken 23 years of congressional stalling, blocking and in effect, denying ten house bills stating that a child of 12 cannot freely give consent to a sexual act with an adult.

Congress has failed to do much to see the laws it passes are implemented. One example of several is RA 9775 that demands the telecommunications corporations, with their Internet Service Providers (ISPs), like PLDT/Smart and Globe Telecom to block child pornography and live streaming of child sexual abuse on-line to proliferate in the Philippines and abroad.

They are in gross prolonged violation of the Anti-child Pornography Law RA 9775 passed in 2009. They need to install Microsoft PhotoDNA and VideoDNA software to detect, block and identify the abusers for police to arrest them here or abroad, but they apparently resist this.

It has taken many years of immoral collusion to prevent the age of consent to be raised from 12 to 16 years. That is soon to change. A congressional joint committee led by women has approved a change in the law so that any adult that has sexual intercourse with a child 16 and below will be charged with statutory rape even if the adult claims the child had given consent.

When passed, legal history will be made to end this shameful sham of the present law that in effect allows child sexual abuse. The Philippine Congress must pass this proposed important law without further delay. However, it is necessary to include a provision on close-in-age exception to protect young people from being labelled sex offenders for having consensual sex with their peers.

Teenagers of similar ages that engage in a sex act should be excluded since teenage sex is a common occurrence and the law, if without a close-in-age exception, will be abused by parents of a girl who do not like her boyfriend. They can and do unjustly file rape charges against the boy to break up the relationship. This is a common practice at present.

The spread of the child pornography without control by the ISPs is fanning the flames of lust, debauchery, paedophilia and child rape, sex-slavery and abuse such as the most recent case of three boys aged nine, 10 and 12 years of age who forced themselves on a nine-year old girl. That child is traumatized and has vaginitis as a result. Reportedly, the boys had been watching child pornography on a smart phone that set them on the path of child sexual abuse. One day, they could be paedophiles.

What a sick society it is where the ISPs allow the streaming of child sex on their servers and millions of horrific child pornography images and videos without having effective blocking software? Even three-year-old children have been sexually abused online over the internet.

Hand-wringing, lamenting and gasping in horror is useless. We have to take action and encourage government and the public to challenge the giant telecommunication corporations send them e-mails and condemn their dereliction of duty to protect children and implement the law.

We must work to promote the passing of just laws and rally for the implementation of the rule of law and bring down those who put themselves above it. Don’t be silent, speak out, be a defender of children and their rights.