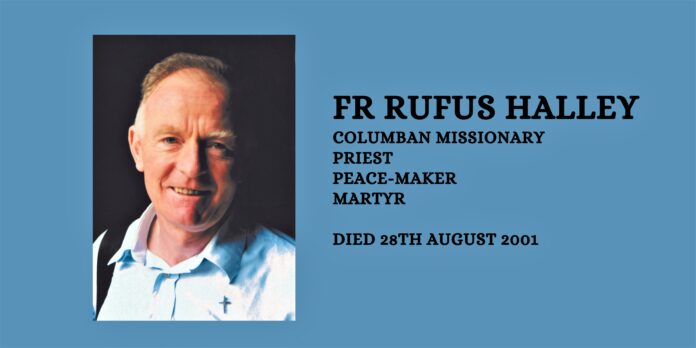 On 28th August 2001, Fr Rufus Halley, a Columban missionary from Co Waterford was murdered in Malabang in the Philippines in a failed kidnap attempt. He is remembered by his colleagues and family 20 years later for his faith, welcoming smile and as a peace-maker among Christian and Muslim communities.