A memorial plaque commemorating Andrea Xiomara Alvarez Rojas will be officially unveiled at the Manuel Duato Special Needs School in Peru on the Feast of the Lord of the Miracles.

The donations were received from Columban benefactors in response to the ‘Andrea Álvarez Appeal’. 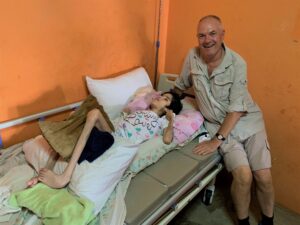 Andrea was the severely disabled girl Fr John Boles wrote about in his article, ‘A Life for Andrea’, which was published in the May/June 2020 issue of the Far East magazine. The article elicited a very generous response from readers in Britain and Ireland.

Andrea was taken ill and died in hospital on Monday 13th July, on the feast day of Santa Teresita de Los Andes. 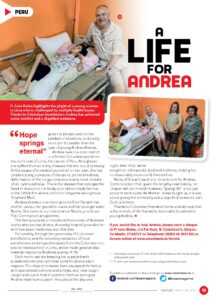 Her family said the cause of death was “respiratory problems”, often a euphemism for Covid-19. (People are wary of admitting to Coronavirus infection for fear of being stigmatised.) The pandemic is taking many lives in the area where Andrea lived in Lima.

The money raised for Andrea was given to the Manuel Duato Special Needs School.

Manuel Duato is a school for physically and intellectually challenged children and adolescents in poverty-stricken areas of Peru’s capital, Lima. 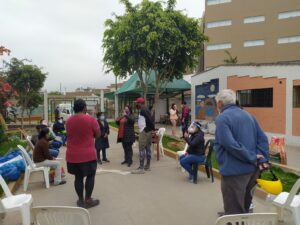 The school was set up by the Columbans more than 30 years ago in response to the large numbers of poor Lima families raising children with intellectual disabilities.

Today, the school serves more than 500 children. Many of the students are pre-schoolers, while a large number of the children have hearing impairments that make learning difficult.

It also treats children suffering from cerebral palsy which was one of the ailments afflicting Andrea.

About 30% of the students are Down’s syndrome. Almost 25% are in occupational therapy which gives them a chance to participate in workshops that give them life skills for their adult years.

Fr Ed O’Connell and the team at Manuel Duato have put a lot of effort into raising funds to keep this important project going. All costs are funded through the generosity of benefactors. 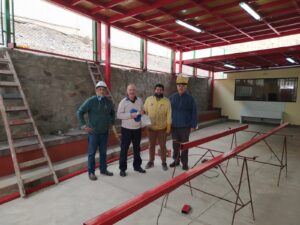 According to Fr John Boles, Fr Ed thought it would be a nice touch to officially unveil the plaque on the Feast of El Señor de Los Miraglos – 28th October – because this is one of the top two celebrations in Lima, and “we trust Andrea will keep performing miracles, especially for the children of the special needs school”.

As the public health and economic crises in Peru deepen, Fr Ed has been organising emergency food handouts to the parents of the children at Manuel Duato Special Needs School. These are likely to continue up to next Easter at least. 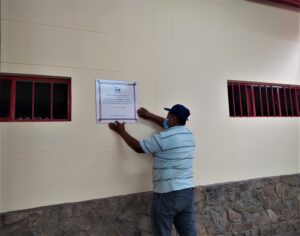 He also wants to roof an outside patio which can be used to serve hot meals to the children once classes re-commence (assuming many will be malnourished due to the emergency).

Thirdly, he’d like to extend the office of the social worker to allow parents with the relevant experience to assist her on a voluntary basis. Her workload is likely to be much greater from now on.

Fr John said thanked Far East readers once again for their generous donations and for allowing them to be employed to help the Manuel Duato school in Andrea’s memory.

If you would like to support Fr Ed O’Connell in Peru, please send your donations to the Far East Office, Dalgan Park, Navan, Co Meath C15 AY2Y. Mark it for Fr Ed O’Connell. Alternatively, you can donate online at www.columbans.ie/donate or Tel: 00353 46 909 8275.