Home News ‘Murder in the Missions’ launched in Dalgan 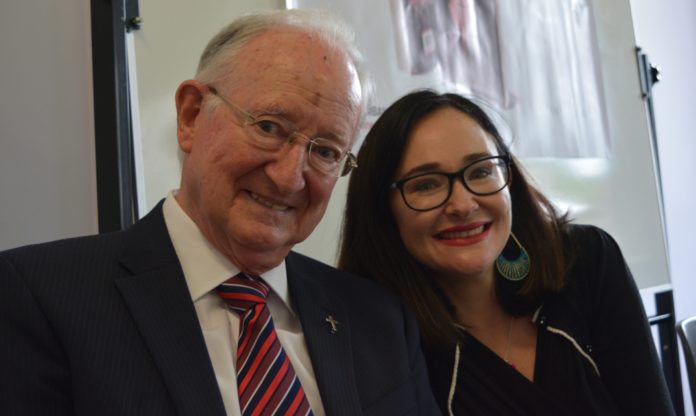 A new book telling the story of two Columban missionaries whose lives were radically changed by their ministry on the Filipino island of Mindanao has been praised as “timely”.

At the launch of Murder in the Missions: A True Story in Dalgan on Sunday, the pioneering interfaith witness of Frs Rufus Halley and Des Hartford was warmly recalled by Fr Cyril Lovett, who was missioned in the Philippines at the same time as the two priests. 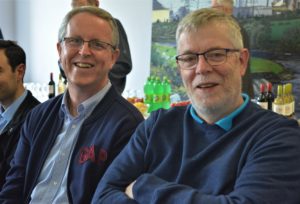 In his address, Fr Lovett congratulated the book’s author, Jean Harrington for writing “by far the finest book about any of our fellow-Columbans that has yet been written”.

In his address to a packed hall in Dalgan, Fr Cyril explained that “Des and Rufus would be three years and five years respectively behind me in the seminary; both would have served in the Philippines in my time there 1967 – 1976; and I spent four years in Marawi from 1972 – 1976.”

He also highlighted that there are a number of Des and Rufus’ classmates in the community in Dalgan, including Frs Donal Hogan, Sean McDonagh, Peter O’Neill, Pat Raleigh, Joe Joyce, Sean Coyle and Pat Clarke. 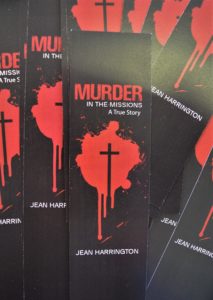 Yet, Fr Cyril noted, it had taken “an outsider” to reveal aspects of both Des and Rufus that “none of us would have known”.

The book, which is published by Mercier Press, was 14 years in the making.

Author, Jean Harrington, confessed she had no knowledge or contact with the Columbans prior to reading a 2001 newspaper report on the killing of Fr Rufus Halley in Mindanao.

She later travelled to the Philippines to research the lives of the two missionaries and glean insights into them from their friends and colleagues in the Christian and Muslim communities, as well as from fellow Columbans.

She also spoke to their families and recorded several in-depth interviews with Fr Hartford before he died. 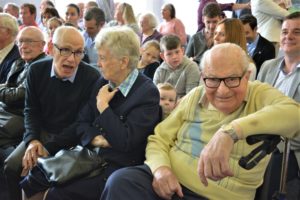 In his address, Fr Lovett highlighted how the book deals with “almost contemporary events”.

He told the author, “I was glad to hear you say … that the single thread that runs through the whole book is relationships. 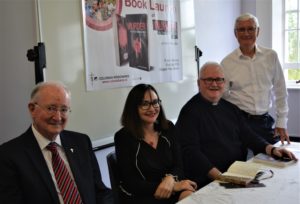 He also paid tribute to the author’s ability to reveal aspects of both priests that none of their fellow Columbans would have known, such as their fears about their safety.

“What do we learn through this book of the personalities of Des and Rufus? Des was an introvert, with a quiet sense of humour; a leader who never pushed himself forward; a man of serious discernment. He was the first Columban to isolate himself in a Muslim village, to share the simple life of the people, but, above all, the first to live without a defined role in an age where what you do is given so much more importance than who you are.” 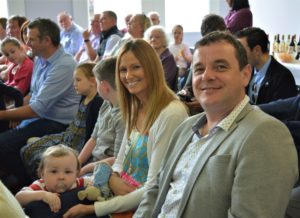 “As you write, ‘he was focused on learning the Maranao language, culture and religion, but he had to do so in a context where he was not needed in the society.’ (p.38). Bishop Tudtud’s death in a plane crash on 27 June 1987 was an enormous tragic loss. The first attempt to kidnap Des in Marawi a few months later brought home what it meant to be vulnerable and to have to learn to live with fear. He had to draw on what he had learned from Bishop Tudtud, namely, ‘its only when you live in vulnerability that you start to trust others. Trust is not generated from a position of power.’ (61) Des learned also the wisdom of what Pope Paul VI had said to Bishop Tudtud, ‘The Gospel demands that we not only rise above our unfounded prejudices, but especially that we should rise above our well-founded prejudices’.” 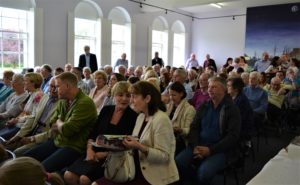 “Rufus, on other hand was a born extrovert, a charismatic man who drew his energy from relating to other people. He was a gifted linguist, and since he lived for communication he had great facility in learning languages, and in picking up slang.”

“As part of the 1968/1969 ordination class, he was part of a generation that questioned all forms of authority. The fact that all other Columbans had followed a fixed approach to ministry did not mean that Rufus had to follow that path.” 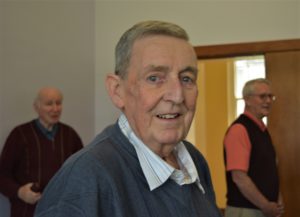 “Rufus had huge admiration for Charles de Foucauld, and there are interesting comparisons between their lives and their tragic deaths. He felt drawn to the work of Bishop Benny Tudtud in Marawi, and often visited his classmate Sean McDonagh at Mindanao State University. When his friend Des Hartford opted to live in a Muslim village after 1977 that would also have fascinated Rufus. So, in 1980 he left Jala-Jala for Marawi. His initial task might have been assistant chaplain to Sean McDonagh at MSU, but he soon ended up as an assistant in a Muslim grocery store in Marawi. Being close to the people, learning from them and sharing their lives – that was essential. Just how far he succeeded in gaining the trust of his Muslim friends over the next twenty years is illustrated by their invitation to him to be a successful mediator between two rival Muslim factions who were at war with each other.” 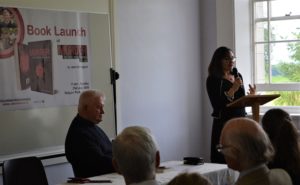 Fr Lovett praised Jean Harrington’s description in the book of Fr Des Hartford’s retreat at the Jesuit Manresa centre in 1977, “when the Lord led a very reluctant Des to consider and opt for participation in Bishop Tudtud’s new initiative in reaching out to the Muslim community on the island of Mindanao”.

Describing the book as “timely” for Columbans, Fr Lovett said that as the Missionary Society’s numbers diminish, “it means that more and more young Columbans will be living on their own, responding to a need in a particular community, often working without a role, far from a parish setting, and often in circumstances of tension and strain. The sterling pioneering work of Des and Rufus provide examples of how such apostolates can be lived out fruitfully.” 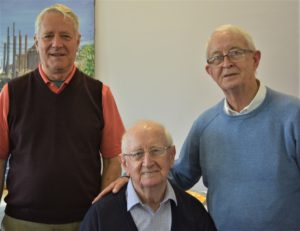 The book ends in a dialogue with one of Fr Rufus and Fr Des’s Muslim friends, Sultan Maguid Marahom.

“This Muslim leader learned from these two Columbans the value of love and forgiveness and this brought a radical change to his life and a new and more life-giving interpretation of the Koran,” Fr Lovett said.

In her address Jean Harrington recalled how she approached Fr Hartford some time following the killing of Fr Halley in 2001. Fr Hartford was coping with terminal cancer but still agreed to be interviewed by her. 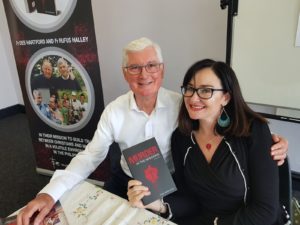 She thanked the two priests’ families for lending their story to her for a short time. 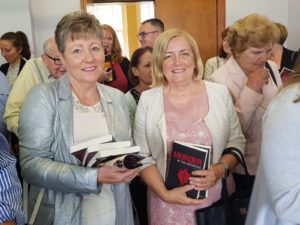 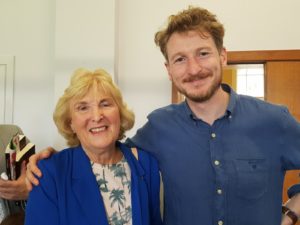 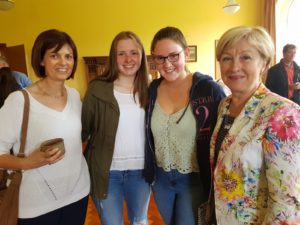 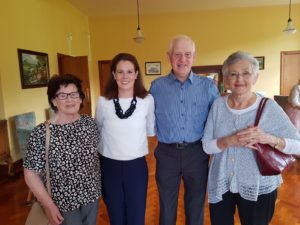 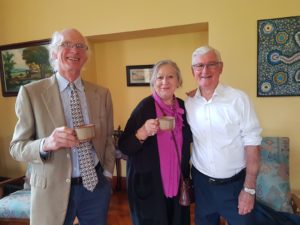 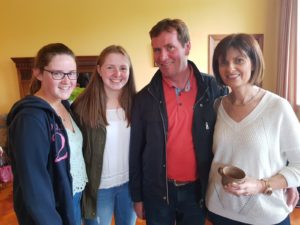 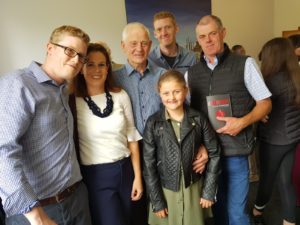 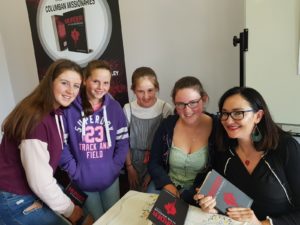 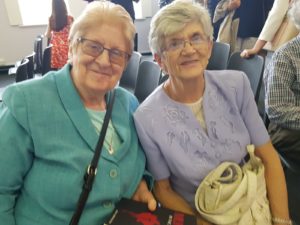 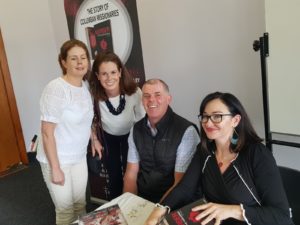