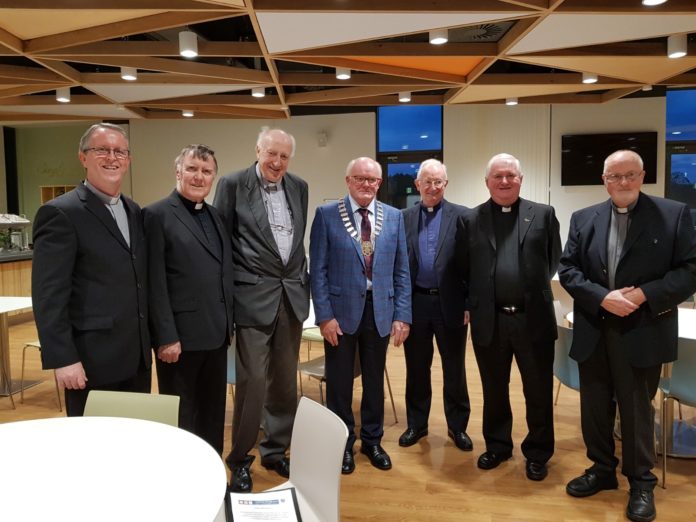 A civic reception was hosted by the Mayor of Navan, Cllr Jim Holloway, along with members of Navan Municipal District and Meath County Council for the Missionary Society of St Columban, in its centenary year, to formally acknowledge the Columbans’ contribution to Navan and Co Meath. 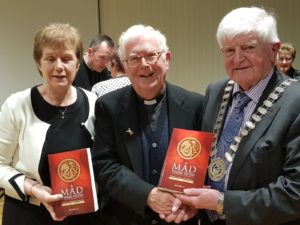 “I want to thank you for your life’s work and the improvements that you have brought many suffering people across the globe.”

“I am delighted to be Cathaoirleach tonight to recognise your history and extensive contribution to missionary work across the globe as well as your presence here in Dalgan Park.”

Among those who attended the ceremony was Fr Declan Hurley, parish priest of Navan and Rev Canon John Clarke of the Church of Ireland parish of St Mary’s, as well as representatives of the Mercy and Loreto Sisters in Navan.

Music for the occasion was provided by the choir of Meath County Council, who were widely praised for the quality of their performance.

In his address, the Mayor, Cllr Jim Holloway described the occasion as an opportunity to pay tribute to the Columbans’ “generosity and courage”.

“When the Columbans accepted the invitation to go on a mission to China or to respond to the call from wherever it came, they encountered many difficulties – people divided by war and poverty, sickness, disease, monsoon, malaria and natural disasters.” 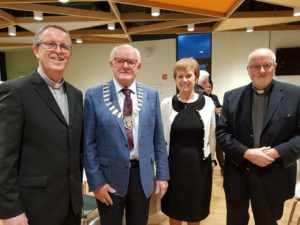 He said if that were not enough, the missionaries also had to learn new languages and “integrate with peoples of new cultures in strange lands”.

“The missionaries were often treated with suspicion, many were imprisoned, and some would die a martyr’s death.”

Acknowledging how extremes climates took their toll on missionaries, he also underlined that personal loneliness must had a cost too. “What keeps one going in those circumstances,” he asked. “The answer must surely be their faith and personal conviction and commitment to a good cause.” 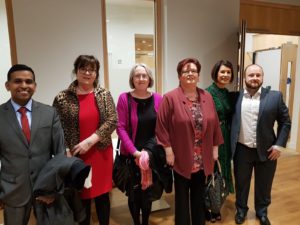 In his address, the Mayor, who is a nephew of Columban Fr Sean Holloway, sadly deceased, explored what Columban mission stood for and what came out of it.

“The Columban missionaries demonstrated that that faith, conviction and commitment was there in abundance. At the same time, individual Columbans always spoke to me of the gratitude of the people for the missionaries who came and helped them and stayed with them.”

“Those men and women demonstrated a witness to their faith and individual convictions that was steadfast – we cannot ever forget that.” 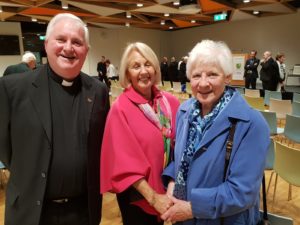 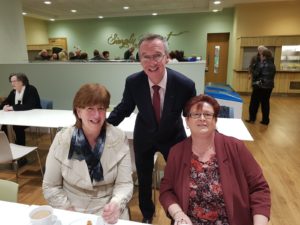 “As the 20th century progressed, populations in parts of the world still lived in conditions of extreme poverty which worsened as the century progressed. Intolerable levels of foreign debt, political instability, terrorism, coup d’etats, dictatorships, meant people were trapped in a climate of fear and disregard for human rights. Latin America was one such region and the Columbans were there too.”

“The Columban mission was about real and important things and continues to be. How best to enable people to be free to live lives of fulfilment.”

“Today Dalgan Park continues to be a place of welcome where the Society is supported by loyal friends and neighbours. It is a place for people who are engaged in religious, social and community activities: the worldwide mission for justice and peace and care for the earth and the future of our planet – this is where they can find inspiration.” 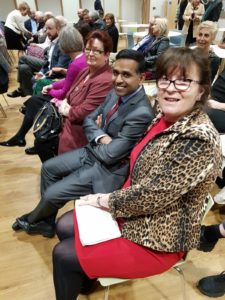 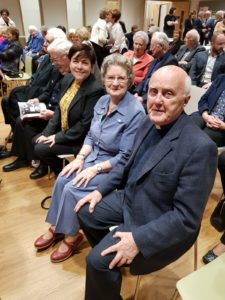 “Dalgan Park is also home for the priests of the society returning from their work overseas, a place to enjoy a retirement that is well deserved. To all members of the Missionary Society of St Columban at home and abroad and to the volunteers and lay missionaries – I would you to say a big thank you.”

The Chief Executive of Meath County Council, Jackie Maguire told the gathering it was “a great pleasure” for her to be there “to recognise and celebrate the activities of the Columban Fathers and the very significant work that they have undertaken across the world, and in particular the huge positive impact they have had on Navan and the people of Meath.”

Personally, she explained, she felt “hugely attached to Dalgan Park and the Columban Society” because her brother had worked there for many years, though was now retired. 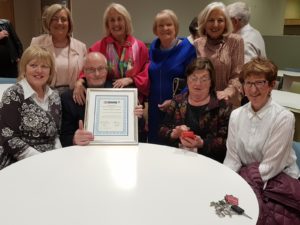 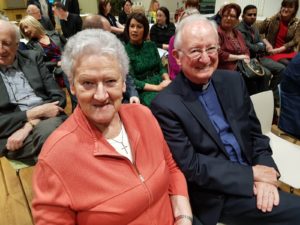 “In a way it was very much part of our lives as a family, and when my mother and father died we had so much support and so much friendship from the Columban Fathers from Dalgan Park, it meant so much to us at the time and continues to do so.”

The Chief Executive of Meath County Council said it was fitting that the members of Navan Municipal District agreed to recognise the Missionary Society of St Columban with the civic reception, “particularly given the longstanding and significant presence they have had in Navan for nearly a century. The impact they have had nationally and locally is clear to be seen.” 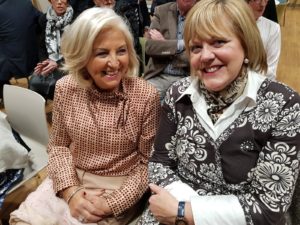 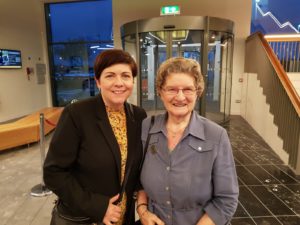 “For many of us when we were at school, we were the recipients and avid readers of certain pages of the Far East magazine. At the time, for young people, it opened our eyes and gave us an insight into the places that we didn’t know about. We didn’t have Facebook or Google and television only opened at 5pm in the evening – so you didn’t have media to take you to that part of the world.”

“Reading the Far East magazine did give us an insight into those places and into the lives of the people who were less fortunate than ourselves. It did help us to understand that people, no matter where they are from, have common human needs and values and aspirations.” 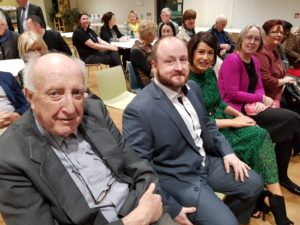 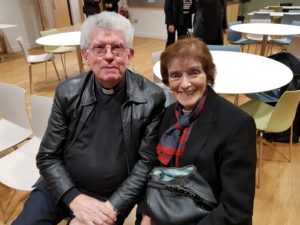 “Through the work of the Columban Society, and the commitment that they have shown, Irish people were connected with people, who we didn’t know but we could understand and feel compassion and care for.”

Of Dalgan Park, Jackie Maguire said it played an important role as an amenity and open space for the people of Navan and the wider county.

“Many of us have spent many tranquil walks in Dalgan Park – it is a fabulous place to go and experience nature and that stillness that is there.” 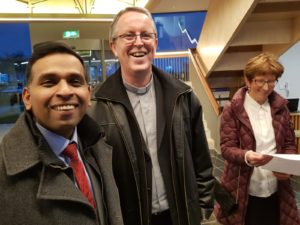 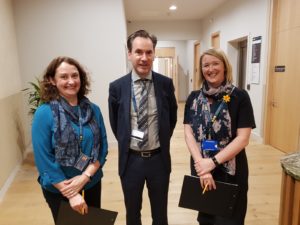 She also paid tribute to the Columbans as “once the biggest employer in Navan” and to the Society’s investment over time of considerable time and resources into Dalgan Park so that it could be “a vital piece of green infrastructure in the county”.

Following a formal presentation by the Mayor, Cllr Jim Holloway to the Regional Director on behalf of the Columbans, Fr Pat Raleigh said the honour was “deeply appreciated”. 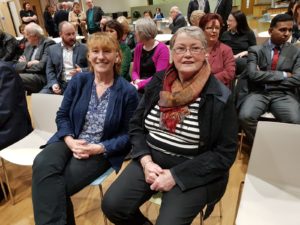 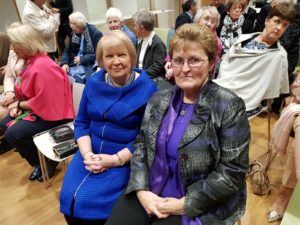 Fr Raleigh said the Society had “planted seeds in many countries” and that hopefully in many places those seeds are now bearing some fruit under the leadership of local communities.

He recalled the words of Fr Neil Collins in his dedication to his centenary publication, ‘A Mad Thing To Do’, in which he highlighted that when Columbans went overseas on mission their hosts welcomed them and were extremely patient with their “cultural clumsiness”. Many mistakes were made. “We brought them our faith only to find that they had so much to teach us.”

Some Columban missionaries faced ridicule, danger and even death and that continued today. 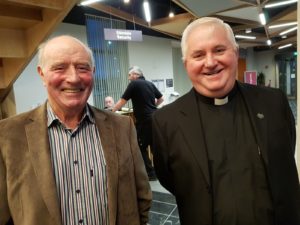 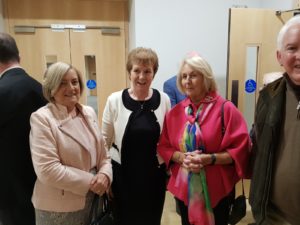 “From the beginning of the Society as Columban missionaries, together with the Columban Sisters and our co-workers and our Columban lay missionaries, our involvement has been marked by certain constants: our commitment to working with the poorest, the most needy and the oppressed and fidelity to the people, characterised by the willingness to stay through wars, revolutions and natural disasters.”

“If you visit the chapel in Dalgan Park you will see the photographs of 23 Columban missionaries who met violent deaths – and one Columban Sister from Belfast – and they continue to be a source of inspiration for us.” 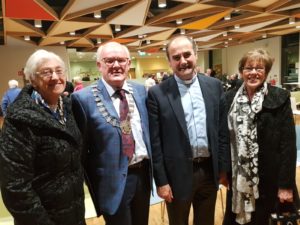 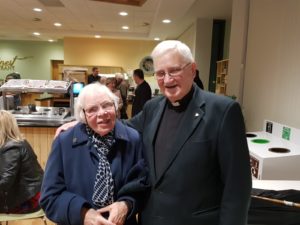 “We are truly blessed with such wonderful woodland and river walks. It was Fr Sean who was the great visionary and saw the great potential of Dalgan and who saw the great need to share this beauty of our surroundings in Dalgan with all of you – I hope that you will continue to enjoy it.”

“We do not know what the future of the Society of St Columban going to be. We are smaller in numbers – this year alone I am sad to say we have had 18 deaths – that is a huge amount in a small society. May we continue, with your support, to exude the joy of the gospel not only in cross cultural mission but also here in Ireland. May we continue to be inspired by Pope Francis who urges us to be a people of hope and continue to bring light and hope to others.” 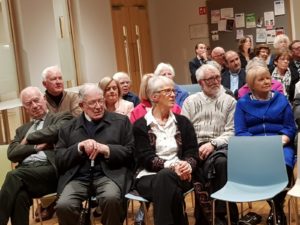 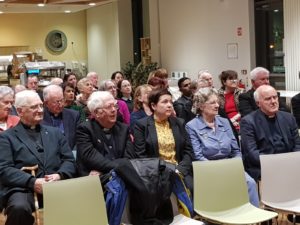 After he returned to Ireland he worked on mission promotion, and he also served in Ballymun parish in Dublin, and managed the farm in Dalgan and the general affairs of the grounds.

“He was the most non-judgemental person I have ever met, he just accepted everybody. He liked fishing and nature, he had brown up on a farm in the midlands. He was an active supporter of the Legion of Mary in the Philippines.” 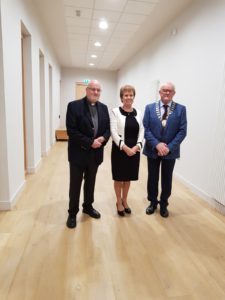 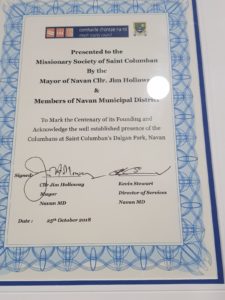