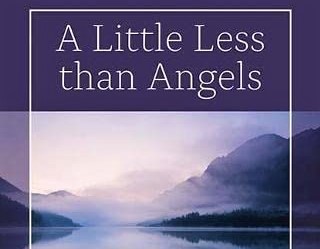 Biblical symbolism still has a powerful appeal today to change lives, to give reasons for living and dying, and a solid hope for the future, argues Columban missionary Fr Maurice Hogan in his new book.

A Little Less than Angels: Sketch of a Biblical Anthropology is published by Veritas and can serve as an introduction and guide to the complexity of the biblical narrative.

It reminds us that the Christian worldview is based on an ever growing awareness of a compassionate God and the sacredness of creation.

Fr Maurice describes how efforts to eliminate such a God from public life have created fear and anxiety beneath the surface of modern life. The search for freedom from restraints is proving illusionary and the cracks in the modern dream, based on hopes in technology, are widening.

Self-identity and respect now come from what is possessed, with little questioning of how it was acquired. Why put off what can be enjoyed today for a tomorrow that may never come? 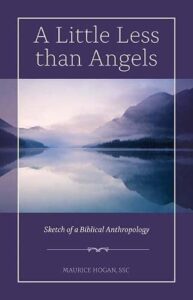 The alternative Christian worldview, which guided the Western World up to seventy years ago, is now ridiculed as old fashioned, naive and anti-humanity. It is regularly discredited in popular and social media to a degree where it is difficult to defend it.

What can we do about it? The waning of rationalism has created a new interest in story and image.

Here is where the Bible story with its narratives, characters and images can help restore the balance between rationality and imagination. It can provide a wider picture of human potentiality, not subject to the limits of time and matter.

Beginning with the Book of Genesis, Fr Maurice has traced the development of a Christian anthropology – the vision by which we judge ourselves and our world. The next step is for his thoughtful research and reflections to be rearticulated in language similar to that used by popular media to grab and hold the public’s attention.

This is Fr Maurice’s fourth book in which he shares with the wider world the knowledge and experience he gained as a missionary and biblical scholar.

A Little Less than Angels: Sketch of a Biblical Anthropology is published by Veritas. Paperback 28th December 2021.