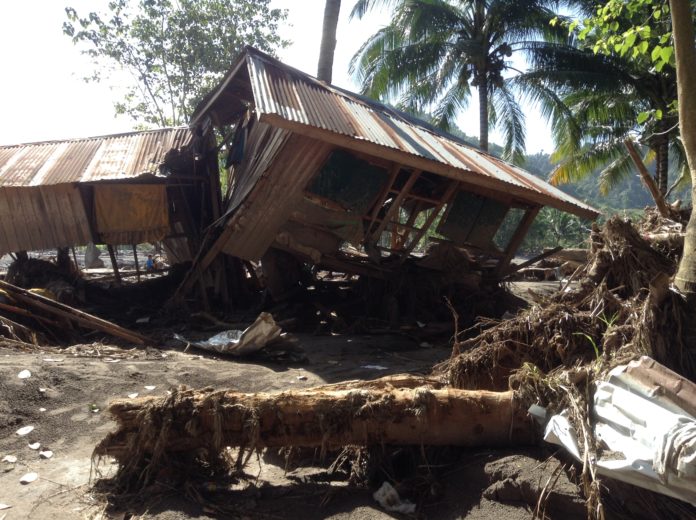 Columban missionary Fr Oliver McCrossan and Virgenia O. Vidad of the Pedalling to Live and Green Shelter project give an eyewitness account of the devastation left behind in the wake of Typhoon Vinta.

The villages of Pansur and Mindalano, in the municipality of Salvador, Lanao del Norte, Mindanao were devastated by Typhoon Vinta last 22 December 2017.

The heavy rains caused by the typhoon resulted in a flash flood. The river overflowed its banks, causing logs, huge boulders, uprooted trees and mud to flow down the mountains and destroy everything in its path: people, domestic animals, houses all their contents and crops in the fields.

A total of 39 bodies were recovered of people who were swept away in the flood, including children, adults, elderly. Six people are still missing according to the reports.

The Columban Missionaries have served the people in the parishes of Tubod and Salvador and other parishes in the diocese of Iligan for many years. 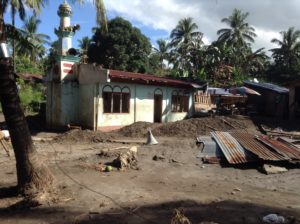 The villages (barrio) of Pansur and Mindalano are situated in the mountains and access is difficult over rough roads. Most of the residents are Muslims.

The people in the village rely on agriculture, growing bananas, coconuts and corn and other root crops.

On 5 January 2018, Pedalling to Live and Green Shelter staff, led by Programme Manager Virgenia Vidad and other volunteers, along with the Department of Agriculture staff from the Municipality of Salvador, organised a visit to Pansur and Mindalano, two villages that were devastated by Typhoon Vinta.

A total of 108 families have lost their properties including their farms and animals.

Many of them talked about the loss of members of their families and their homes and all their possessions in the flood. 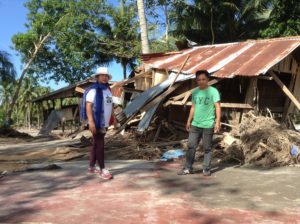 In the meantime, they are living with their relatives. Some have started to rebuild their new homes using the logs that have been carried down from the mountains by the flood.

Many are traumatised by the horrific experience including those small children who have lost parents and siblings.

They explained that this was the first tragedy of its kind in their area and it has destroyed their community; they are all in deep shock. All the families have horrific stories to tell. 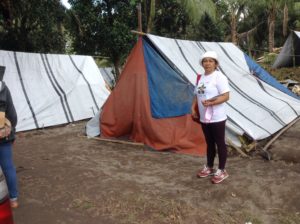 According to the people, the typhoon dumped a huge amount of rain in the mountains above the village causing landslides of huge boulders, logs mud and uprooted trees to flow down and destroy everything in the village, taking many lives and destroying farmland.

A major reason for the calamity is the lack of forest cover in the surrounding mountains.

The indiscriminate logging of the forest in the 1970s and 1980s without any replanting is a major cause of this disaster.

The logging companies are long gone, but the land and its people are still suffering from effects of their destructive activities.

Typhoon Vinta caused damaged all over Mindanao. Hundreds of lives have been lost and thousands are homeless and huge damage to crops and people’s livelihoods. 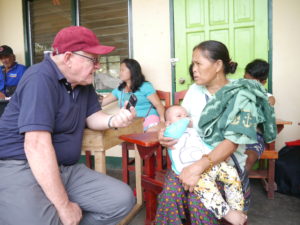 Typhoons are more common now and more severe than before. The effects of climate change are clearly to be seen in destruction caused by Typhoon Vinta and other typhoons.

The government services are doing what they can with limited resources. Help is still needed. Housing materials, food, clothes and farm implements are in short supply.

One thing is certain, it will take a long time for the people who survived to rebuild their shattered lives again.

If you would like to help Fr Oliver McCrossan and Virgenia O. Vidad of the Pedalling to Live and Green Shelter project in their efforts to support those impacted by Typhoon Vinta, please send a cheque to: