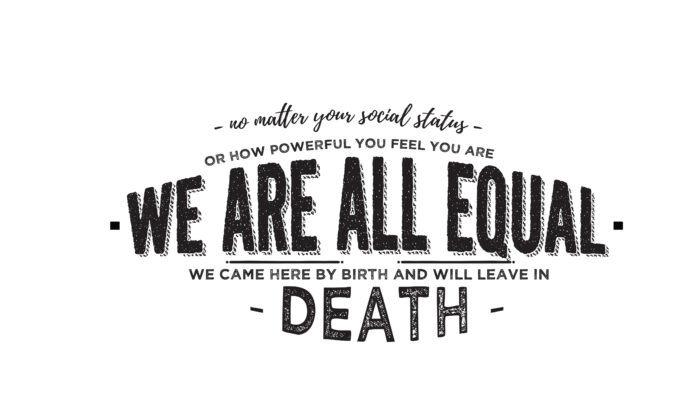 Protest is the work of hope. Protest at its core is telling the truth in public (Deray McKesson)

Is there any incidence in history when the rights of the dispossessed were granted without protest and struggle? For the past few years we have heard politicians talk about closing borders, building walls and calling those who sought their rights as cockroaches, scum, thugs and lower lives.

Then an event on a street in an American city in which a black man, George Floyd, is throttled by a white policeman changes the narrative. Suddenly, a film of the dying man calling to onlookers, some of whom are policemen, exclaiming that he cannot breathe goes around the world. People are as disgusted as if it were a lynching.

Anger exploded around the United States and the world. It was the culmination of other such fatal incidents involving police and unarmed black people, men and women in the recent past. Protests erupted all over the United States. The American president had to be taken to an underground bunker for safety. Then the fence at the US/Mexican border reached the perimeter of the American president.

Suddenly the most powerful man in the world was corralled behind a chain-link fence. It is as if the excluded birds always seem to come home to roost. The migrant hunter became the hunted.

Elmina on the Atlantic coast of Ghana has two castles from which captured Africans, men, women and children were captured, detained and then made walk out of the castle door of no return on to a ship that took the bound in chains across the Atlantic to the West Indies and the United States to work as slaves in sugar, cotton, spice and tobacco plantations. They produced goods for the European commodity market. They lived and worked under the cruellest conditions imaginable. They were the property of the plantation owners.

Their human selfhood was denied in every aspect thus permitting their owners to treat them at a lower scale than beasts of burden. Slavery was a system that became embedded in European birth right and its extensions in the colonial system. Black African slaves were not people, not human beings. They were chattels. Remember, at Abolition the slave owner was indemnified for the loss of property-slaves-human beings. The recipients invested their rewards in Britain and Ireland.

A definition of racism does not in any way describe the structured system of dehumanisation and its underpinning ideological tumor that has ingrained itself in the mind of the white race to the present day. It is as if at birth the white heritage sponge is predisposed to accept a dormant racist design of possible behaviour endemic in institutions and in society generally expressed in the domination by those deemed to be respectable over those deemed to be worthless, disposable.

Those deemed respectable assume an inherited entitlement over those they define as less-deserving consigning them to a lower status in excluded, corralled ghettos of apartheid, segregation, covert and overt exclusion from the networks of society.

Common violence against the excluded is as invisible as depression except when it erupts into physical violence as witnessed recently in the United States, Europe and elsewhere around the world. Daily, there reminders of this in the way asylum seekers, refugees immigrants are treated. Racism sees black and ethnic minorities as suspect, the enemy, robbers, looters and scroungers needing domination. They are not equal, not worthy of the usual accesses and services of a normal society. They are kept at a distance from the corridors and kitchens of power.

To have access they have to strive multiple times harder than the average white citizen. This is also the experience in Ireland of today, a country that experienced severe racist colonisation, famine and violence. Ireland was also part of the British colonisation project. As in other countries touched by colonisation racist attitudes were brought back home.

Is there a way forward to equality of participation, decision-making and safety? Of course there is a way forward otherwise we are prisoners of the indifference of the status quo which has allowed over time injustice, inequality and structural racism to be the norm. There has to be an unlearning process acknowledging the sources and then examining the militarisation of society. Militarisation, examples of which are evident in dealing with peaceful protest.

Military training is for war against an enemy not civilian community policing. Seeing heavily armed police in battle fatigues carrying weapons of war against a protesting civilian population reinforces a battlefield image as if in war against an enemy. What this is saying to citizens seeking equality, justice, political and economic change by democratic means is; you are the enemy.

Education for participatory human rights-based citizenship as opposed to education for the economy and protection of interests must be led by history and its present implications. How many in the developed economies know their histories? Do Europeans and their extensions in the former European colonies like America, Canada, Australia and white South Africa, New Zealand and white South Americans know their histories and the handed down lopsided unjust structures they have inherited? Do they ask what gives a policeman the right to murder a man in a public either by manhandling or by the use of a firearm, rubber bullet or taser?

Economically, do they ask who created the wealth and were they rewarded? They would be surprised that at emancipation it was the slave owners who were indemnified for the loss of their property-slaves. Do they and the ruling classes ever think of reparations to their descendants? Imagine, it was the people who freed themselves from French rule in Haiti who had to pay France reparations? So why are black people and indigenous colonised populations poor today?

Brutality committed abroad such as Abu Ghraib has come home to America just as happened in Europe in the past culminating in the Holocaust. If we numb ourselves in stealing the humanity of different others abroad eventually we become numb to repeating it against those who are different at home. That is until one incident, like the public murder of George Floyd, scratches our indifference to take action and protest giving anger a platform to express itself. Many will say that collective expression in protest is unnecessary.

But, what other ways are there for the politically unheard to reach the politically deaf to achieve equality before the law? If justice was accessible there would have been no Peterloos, Birminghams, Burntollets or Lafayette Squares. The rule of law, policing, social justice and progress in the political, social, economic and cultural networks of life have seldom been given.

Human decency had to be struggled for by campaign, protest and when delayed ended up in de-creative violence. Hopefully, Martin Luther King’s dream will take a leap forward and be a realisation for all who endure exclusion from access to a dignified life-wherever. History is no longer written by those on the north bank of the river.

We cannot tolerate or turn a blind eye to racism and exclusion in any form and yet claim to defend the sacredness of every human life. (Pope Francis)