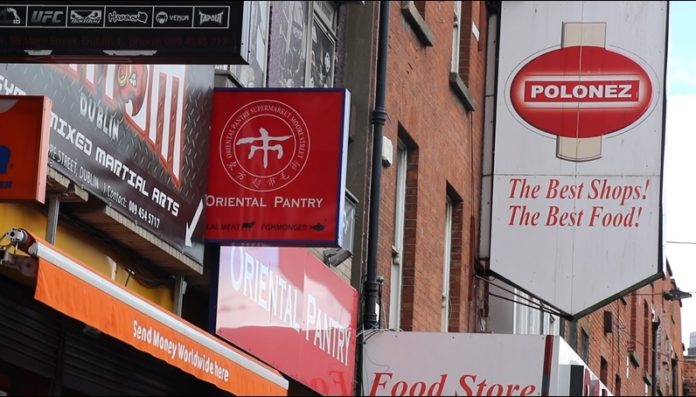 A new radio documentary reveals some of the incredible stories of migrants and refugees who have made their home in Ireland.

‘Don’t Look Back’ is produced by Brian Kenny and Fr Malachy Smyth. It will be broadcast on Newstalk Radio at the end of the month.

Speaking to Columbans.ie, veteran radio documentary-maker Brian Kenny explained that “historically Irish people were often the ones regarded as migrants, leaving our shores in the face of poverty and hardship for pastures new. In recent times however, Ireland has become the place where refugees and migrants have sought refuge, and this influx has changed the once homogenous island of ours forever.”

“The land of a thousand welcomes has been put to the test as the economic and political climate has changed. Across Europe refugees from Syria have flooded across borders, with many objecting as populist parties have been on the rise.”

So what about Ireland, is it immune to this anti-migrant sentiment?

In Brian Kenny’s opinion, “Perhaps our experience as a poor nation leaving our homes behind has made us more empathetic to those arriving here in similar circumstances?”

He believes refugees – those who have sought a new start in this small island on the edge of Europe – are best placed to ask this question.

The documentary speaks to Almuthana, the fiddle-maker from Syria who has found a new home in Ireland after an epic journey across the ocean on a small a plastic boat. He relates how his life has changed forever after an act of extraordinary kindness.

From the communist fortress of North Korea, the documentary talks to Chung Lee who risked his life escaping to China as an illegal immigrant before seeking refuge in Ireland where he found solace tending to the gardens of the Columban Missionaries in Navan.

Kurdish man Ahmed recounts how he was within 100 metres of ISIS as they ransacked his village forcing him to flee with his brother leaving everything behind.

Ahmed, like many of his counterparts, looks to the future rather than the past. Don’t look back…

‘Don’t Look Back’ will be broadcast on Newstalk on Sunday 28th July at 7am and on Saturday 3rd August at 9pm.